Welcome to Saturday at Rolex on Eventing Nation! This is part 1 of 2 of our open thread coverage. Click here for part 2 of 2, which features the second half of the afternoon rides.

Due to predicted afternoon thunderstorms, riders are heading out at 3 minute intervals without a break until the last rider. All scores are provisional.

Don’t forget to follow us on Twitter for live scores and commentary. Thanks to Merial for sponsoring today’s open thread action. Go Rolex!

#RK3DE: Cross Country Fences, Website, Entries, Schedule, Ride Times, Live Scores, How to Watch Live, EN’s Coverage, Ultimate Guide to Rolex, Twitter, Instagram
—
11:51 am ET: To save the EN servers, we’re going to flip to a second open thread post for the second half of the rides. This is part 1 of 2. Scroll down to see all of the action from the first half of the Rolex Cross-Country Day. Click here for part 2 of 2, covering the second half of the rides.

11:50 am ET: Buck and Petite Flower had one of the boldest rides of the day through the Head of the Lake. That is the right ride there today. The best thing about the HOTL is that the footing is already wet, so the rain doesn’t make a bit of a difference.

11:44 am ET: Phillip with a vintage PDutty stick-tap over an early spread fence to get things going aboard Fernhill Cubalawn.

11:40 am ET: Strong Irish rider Austin O’Connor is shown getting the job done at the Land Rover Hollow. Unfortunately, Austin pulled Belham Houdini up just after this fence.

Looks like things are in the bag for Emily Cammock and Dambala. He’s for sale, so if you want him, he just jumped clear around #RK3DE !

11:35 am ET: Keep all those legs up Sir Oberon! Ellen Doughty-Hume worked hard early on the course to get the genuine and scopey Sir Oberon ahead of her leg.

It looks like Jimmie and Bellamy parted ways at fence 24, the Foxes’ Den. So disappointing to get that close to home #RK3DE

11:28 am ET: The big table at fence #2 is causing some sticky rides. Emily Cammock and Dambala of New Zealand slipped on takeoff – perhaps my biggest fear on XC. Emily sat great and let Dambala sort it out. I wonder if they will consider taking #2 off of the course as the ground gets more torn up in front of it.

The flags are wrong…(yeah, again #fail) but here are the standings through XC thus far. #rk3de pic.twitter.com/VWZyyUcW8Z

11:19 am ET: Repair time! The crew did an incredible job getting the fence repaired in just a few minutes.

11:16 am ET: Francis Whittington and Easy Target take out the corner coming out of the Land Rover Hollow. They cantered on, incurring the 11 penalties for breaking a frangible obstacle and feeling very glad that they were able to do so with this jump. [Update: These penalties were later removed from their score because the jump was not intentionally frangible.]

11:10 am ET: Francis Whittington and Easy Target put an extra stride in on top of fence #2, the Stepped Table. Get it Smoky!

11:05 am ET: Barb Crabo takes the long walk home after a tumble from Eveready. Shoot!

10:57 am ET: Elisa Wallace and Simply Priceless get it done at the huge ditch and brush. Great, gritty riding from Elisa. First time shmirst time. The pair finished an awesome clear round!

Consensus ducks to the right at 14 at the Head of the Lake. 3 cumulative refusals means the end of Julie Norman’s day #RK3DE

10:49 am ET: Sally Cousins unfortunately parted ways from Tsunami. It looked like Sally got slightly off line with Sue and ended up at an off distance to the B element in the head of the lake.

10:43 am ET: Sit back Caitlin! Caitlin SilimanJumping into the first water complex with Catch A Star. They finished with 20 penalties and 15.6 time.

10:40 am ET: Allie Blyskal Sacksen and Sparrow’s Nio leave one out at the A element of the Head of the Lake before picking up a quick runout at the B element in the water.

10:33 am ET: James Alliston getting a huge hug from his lovely Mom, Petey, after his ride.

James Alliston and Parker are home clear on 10:53. Clear at #RK3DE yet again!

Anthony Patch scrambles over the ditch and can’t get to C at the coffin. That’s 20 to take them out of the running. #gutting #RK3DE

10:28 am ET: James Allison lost one of his two pair of reins, but kept his cool and got it done with Parker at the Hollow.

10:25 am ET: Frankie Thieriot is reporting on the USEF Network that the footing is riding slicker than the riders had originally anticipated. We have seen a few slips out there for sure.

@JohnKyleSpeaks snarking that @LEAshker is wearing “a skyscraper” on her helmet. It’s a helmet cam and we Americans are rather fond of them!

10:23 am ET: Selena O’Hanlon and Foxwood High are shown above retiring, but the scores show them as eliminated at the Head of the Lake.

The live scores are showing Nicola Wilson with a 20 on the scorecard, though we didn’t see that on the monitors. Home with 20 + 12.4 time

10:15 am ET: Michael Jung took advantage of fischerRocana’s amazing huge gallop to tear up the early part of the course. Michael almost had to ease the bold jumper into the combinations so that she wouldn’t jump past her distances (or jump Michael out of the tack!). They finished on their dressage score to set the mark at the finish line of 39.3.

10:11 am ET: Werner Geven and Vandiver retired at the quarry after incurring 20 penalties earlier on course at the coffin. A true horseman, Werner made a good decision to save his horse for another day.

Stellar 4* debut for OBOS O’Reilly with @ColemanEventing. Clear and inside the time, 2 seconds under ! #RK3DE

10:09 am ET: Nicola Wilson with a big jump into the Market Moguls to start her ride with Watermill Vision.

10:04 am ET: Buck Davidson and The Apprentice got a little tight to the last element of the Market Moguls at #4.

Er … think we might have a scoring issue for Phillip Dutton and Fernhill Fugitive #howslowcanyougo pic.twitter.com/ZufyRZLvHT

9:59 am ET: Phillip Dutton and Fernhill Fugitive took the right line at the entry to the coffin. Phillip looked after his young horse to navigate safely home with just time penalties.

9:50 am ET: Colleen Rutledge and Shiraz delivered the trail-blazing performance that everyone expected, finishing on their dressage score and making the course look easy. That is going to give all of the riders a lot of confidence.

9:46 em ET: I just want to say “good luck!” to all of the competitors – you all rock, guys! The start of Rolex cross-country is a nervous “butterflies” moment for riders everywhere, as we all want everyone to have a fabulous run. Now, more than ever, Go Eventing!

Rolex duck looks happy, even if nobody else does. #rolexxc pic.twitter.com/G0I0hkve5m 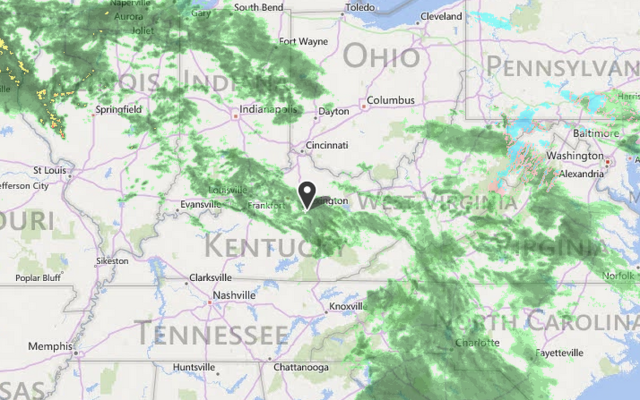 9:07 am ET: We have a couple early withdraws. Leah Lang-Gluscic has withdrawn AP Prime, posting on her Facebook page:

Just made the toughest decision of my career. The plan after the Fork was to always check AP one last time before cross country. My vet couldn’t tell me that there wasn’t any increased chance of injury at this point, so I have withdrawn him. Given the weather and that AP is the horse of a lifetime, I feel good about my decision, but am completely gutted. I’m so sorry to all of his fans who were so looking forward to watching him go around this awesome track in beast mode. Next year…

Additionally, Jessica Phoenix has withdrawn Pavarotti. This was a planned move that Jessie knew she would make coming into the weekend. Jessie ant ‘Rotti were the highest placed Canadian pair after the dressage, sitting in 10th.