Earlier this year jockey Rosie Napravnik expressed an interest in taking her horse, Sugar, eventing and last weekend she put her money where her mouth is. Kristen Kovatch reports. 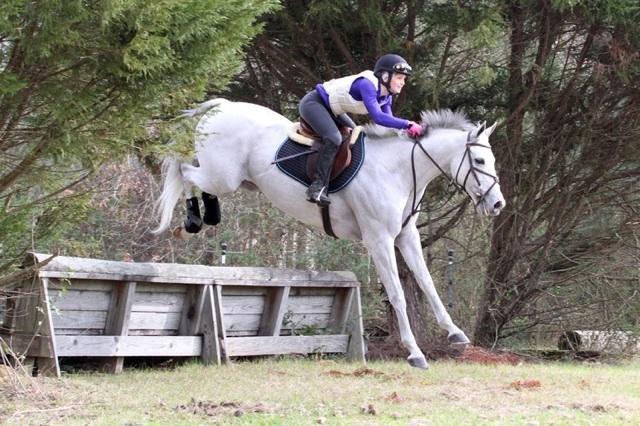 We all know and love jockey Rosie Napravnik for breaking gender barriers in thoroughbred racing and championing OTTBs. Here’s yet another reason to love her.

Setting up a major donation drive to support off-track Thoroughbreds through Old Friends Retirement? Amazing. Inspiring. But Rosie’s taken it one step further, fresh off a weekend at Riga Meadow Horse Trials in Salisbury, Connecticut with her retired racer partner Old Ironsides, known to his friends as “Sugar.” 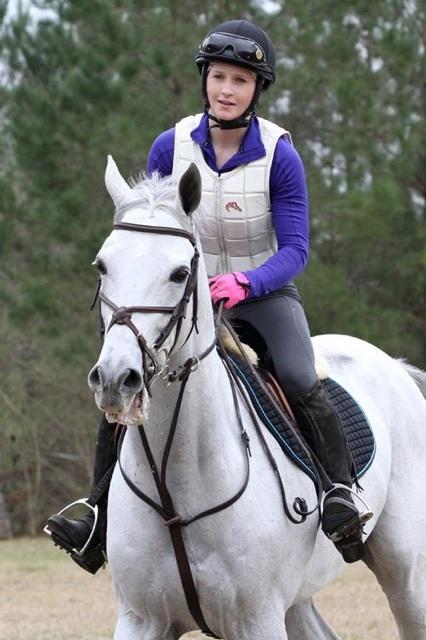 Rosie actually raced on the big gray gelding, bringing home two victories when the gelding was in his prime but long before Rosie’s rise to fame. But as her fortunes changed for the better, so Old Ironsides’ took a downward spiral.

Rosie had made it public that she would gladly give the gelding a home when his racing days were over, and in 2008, she got the opportunity to make good on her promise. Though Sugar was lame at the time, Rosie welcomed him with open arms, sending him to her mother’s eventing farm in Maryland. Between race meets Rosie rode the recuperating gray all over the Maryland farm, jumping cross-country. 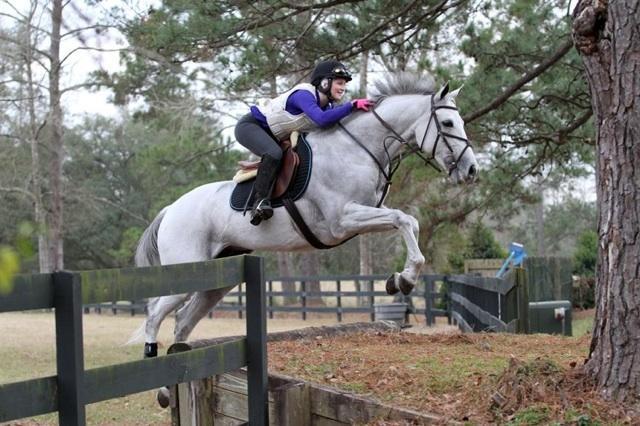 Rosie and Sugar stepped into the spotlight in April of this year at the Thoroughbreds For All event in Lexington, Kentucky to help showcase the versatility and resilience of the breed and the opportunities that exist for taking ex-racers and developing them into sport horses.

Together the team displayed their aptitude over fences, the ex-racer and the jockey together. As described on Eventing Nation, Rosie expressed interest in trying eventing in the future. 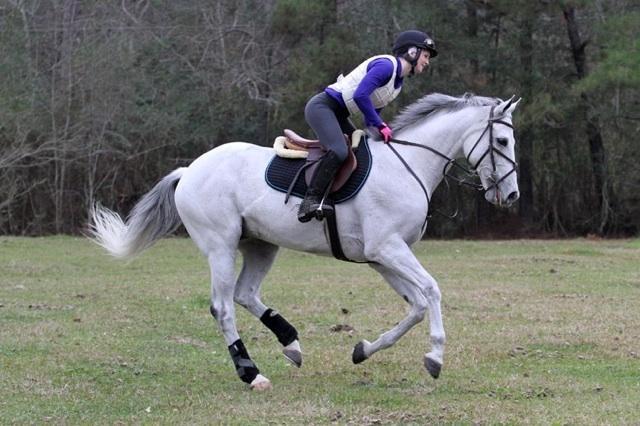 And on Sunday in Connecticut, it looks like she decided to go for it, competing with her old partner Sugar in Novice. Results from Riga Meadow show Rosie placing fifth in Novice C, with a dressage score of 36.10 and clear rounds both in cross-country and stadium. Way to go, Rosie!

Thanks to Kait Schultz for the tip.