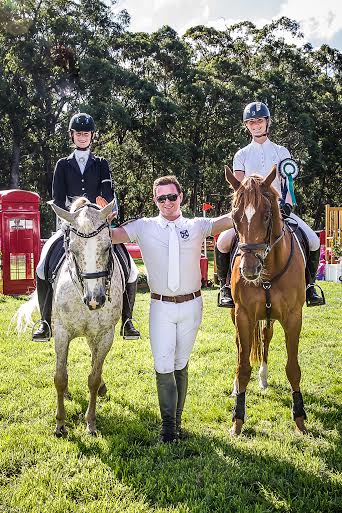 EN has confirmed further details about the fatal accident that claimed the life of 17-year-old Olivia Inglis yesterday at Scone Horse Trials in New South Wales, Australia. Equestrian Australia confirmed to EN that the rotational fall occurred at the B element of the eighth fence on the CNC2* course, which was a vertical set four strides to an oxer.

Olivia was competing in her second CNC2* competition aboard Coriolanus, an 11-year-old Thoroughbred gelding owned by her family. She had previously competed multiple times at the one-star level with the horse. While Equestrian Australia originally told EN the horse was uninjured, it was later announced that he was euthanized due to a fracture in his neck.

“The jump judge, who is very experienced, said the horse approached well — not going too fast or out of control — and that the rider was riding quite well,” Judy Fasher, Equestrian Australia Chair, told EN. “Unfortunately, the horse left a leg at the oxer, and unfortunately (the horse) fell on Olivia.”

The jump judge attempted CPR at the scene of the accident, and the on-site medical staff and Westpac rescue helicopter service arrived shortly thereafter to assist. Olivia was unable to be revived.

The Eventing Nation family continues to send our deepest condolences to Olivia’s friends and family members.

This post has been updated to include the new information that Coriolanus was later euthanized.