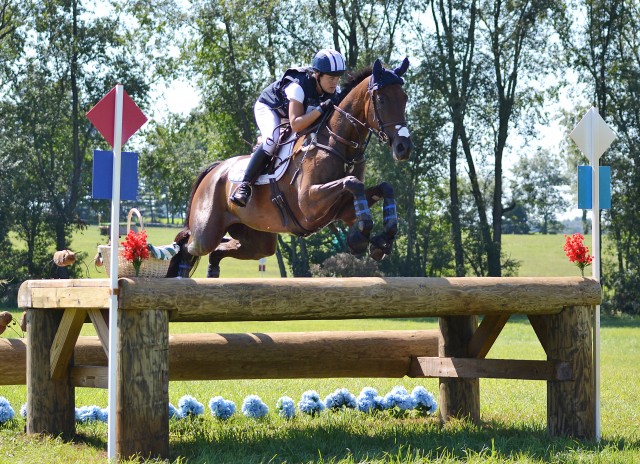 Lynn Symansky and Donner at Richland, is one of many OTTBs now competing at the upper levels. Photo by Jenni Autry.

Yesterday the Retired Racehorse Training Project (RRTP) released the results of a study — the first of its kind — exploring the pipeline that connects Thoroughbred ex-racers with new careers. Owners of 4,200 OTTBs in 47 states and Canada responded to a survey that yielded some interesting statistics.

We eventers have long counted ourselves as some of the OTTB’s biggest cheerleaders — a big Thoroughbred heart just can’t be beat. So it was affirming to see that when the numbers got crunched, we were putting our money where our mouth is. Among survey respondents, eventing was the most reported discipline. 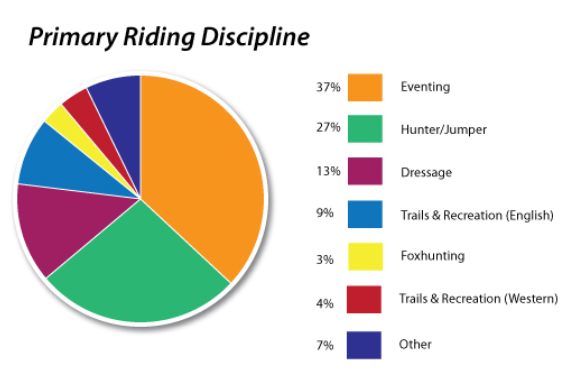 The study gathered a variety of data describing the typical OTTB owner (80% amateur, 78% competitive riders, 95% female, all age groups represented), as well as information about the horses they own. Among the things they looked at were the specifics of how they came into their current situation.

“The public believes that racing owners dump their retiring horses into auctions and that a lucky few get rescued and adopted,” RRTP president Steuart Pittman said in a press release. “Our survey tells a different story. Most of these horses were not rescued. They were sold or donated through networks of people both inside and outside of racing who work very hard to transition these animals.” 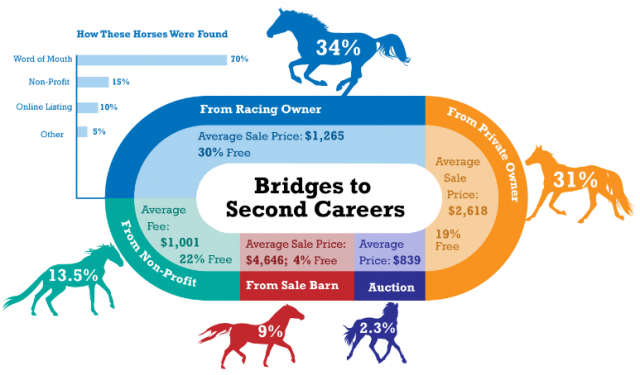 Even though the track-to-second-career transition process has become more streamlined in recent years, thanks in large part to the hard work of nonprofit placement organizations and support programs like RRTP, it still faces a myriad of challenges.

One is the question of how to motivate trainers to retire racehorses while they’re still sound enough to be useful riding horses. The report explains, “The prices paid for sound horses coming directly from the track is far less than the lowest claiming price and less than a month of training. The first step in placing more horses into productive second careers is to offer incentives to owners to retire horses from racing when they are still sound. Higher demand, higher prices, and better access to the riding market give racing owners both a financial and a moral incentive to retire horses sound.”

The report also notes that prices and adoption fees are so low it puts those providing transition services in a difficult financial position. According to the report, “Subsidizing the transition process is an important part of the solution. Increasing demand through public education and promotion, however, has the potential to raise prices to a level that covers those costs, allowing more of the farms that have space for these horses to do this important work.”

A full copy of the report, Exploring the Bridge to Second Careers, is available through RRTP and can be read online at retiredracehorsetraining.org.

Author’s Note: OTTBs! I’m the biggest fan. This is my former horse Rowdy, who found his calling in a second career as an event horse. Mind, heart, athleticism … he was the total package. Go OTTBs, and Go Eventing!