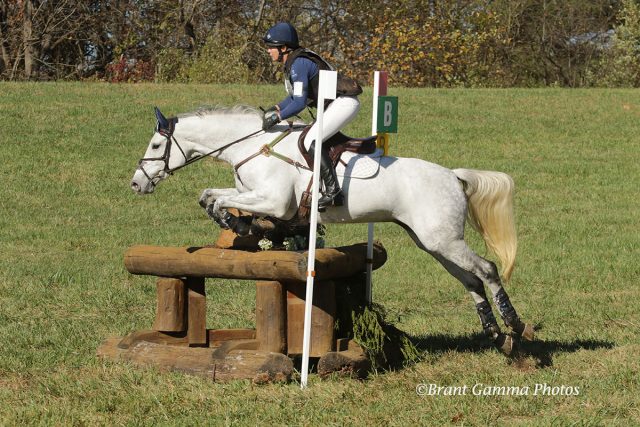 Following cross country, dressage leaders Jane Jennings and Ryan Wood remain tied for the lead in the CCI2*-LA. Both combinations went double clear to remain on 29.5. Should both combinations show jump clear on Sunday, Wood and Summit Sporthorses Ltd, Inc’s 10-year-old Oldenburg Ruby would win the tiebreaker, as they crossed the finish line one second closer to the optimum time. 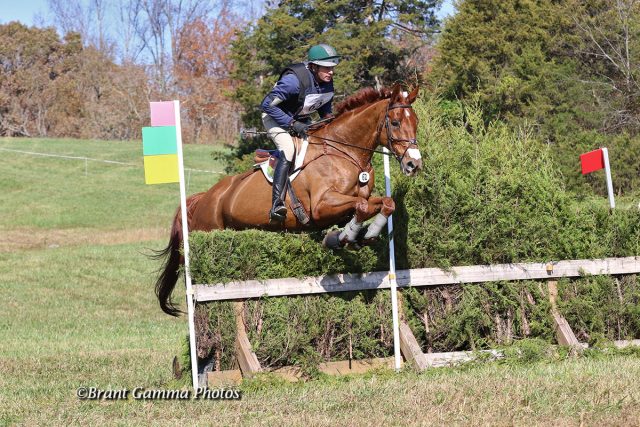 “All the questions rode well today. It was a fitness test but a lot of horses made the time. The ground was great, the temperature was ideal,” Wood said. “We’re sitting in a good position for tomorrow. It’s going to be a nail-biting finish. Hopefully Lady Luck is on our side. Ruby is a good jumper, but after cross country anything can happen.”

As the highest placed American in the division, Jennings retains the lead in the USEF Two-Star Eventing National Championship with her 9-year-old Oldenburg mare Kontessa M. Jennings was delighted with today’s performance.

“She ate up the course. We lucked out with the rain earlier this week; the footing was perfect. Because we’re still building our partnership it was a really confidence building round,” Jennings said. “She’s a new horse and a different kind of ride for me, but all our hard work is paying off. I was worried about the hills but she was on form. I live in Unionville, PA, and I use Boyd Martin’s famous hill to condition and prepare. 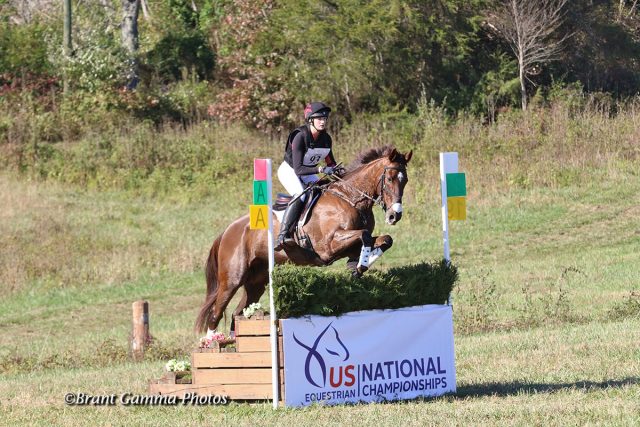 The top two after dressage in the CCI2*-LB switched places following cross country. Dressage leader Francesca Spoltore and Millstreet Mitch added 4.0 time penalties, dropping to second. That left the door open for Kelsey Ann Quinn, 17, and Julie Quinn’s 13-year-old Thoroughbred Dandy Longlegs to move into the lead with a double clear round.

Friday’s tie after dressage in the CCI3*-L was broken Saturday by Woods Baughman and Masterel, a 10-year-old Thoroughbred owned by Denis Glaccum and Sharon White, who produced a stellar double clear cross country round.

Mikki Kuchta and the 6-year-old Thoroughbred Special Reserve remain in first place in the inaugural CCI1*-L after a double clear cross country round. They sit on a two-phase score of 29.7.

Sara Shulman and her own 12-year-old Thoroughbred Not for Nothing claimed the CCI2*-S, moving up from eighth after dressage to win after two fault-free jumping rounds.

Currently leading the 18-team Intercollegiate & Alumni Team Challenge is the combined University of Georgia & Fresno State Alumni team, which joined forces in honor of their shared mascot, the bulldog. Cindy Phillips, Kim Keeton, and Kimberly Steinbuch have a team score of 84.51. View the team scoresheet at this link.