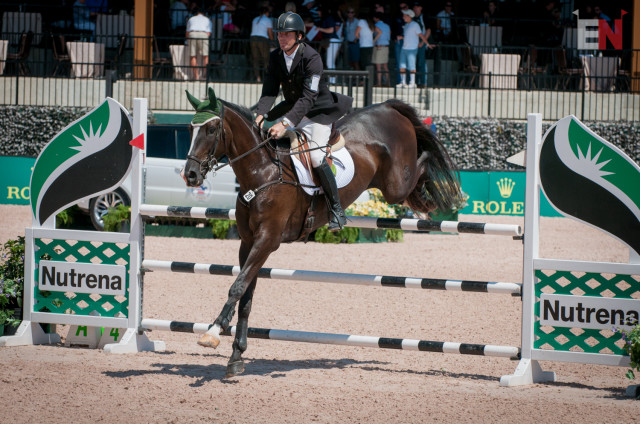 Ryan Wood had four horses contesting this year’s USEA Adequan Advanced Gold Cup Championship Finals, and he claimed the tip-top leaderboard positions with two of them.

Ryan and cross country leader Powell, a 10-year-old Oldenburg gelding (Pablito – Dinara, Donnerwerth) owned by Ryan and Summit Sporthorses Ltd., had one rail down during their trip around Marc Donovan’s big, sweeping course in the Tryon International Equestrian Center main arena. But as then second-placed Doug Payne and Vandiver had one down as well, it was good enough to keep them in the lead. Woodstock Bennett’s show jumping double-clear boosted him from fourth to second, and the two barn mates ended up finishing within 0.7 of a point of one another.

Good on Ryan, who walked away with a $20,000 check and armloads of prizes from the AEC’s generous sponsors for his win with Powell, with more where that came from for Bennett’s reserve. 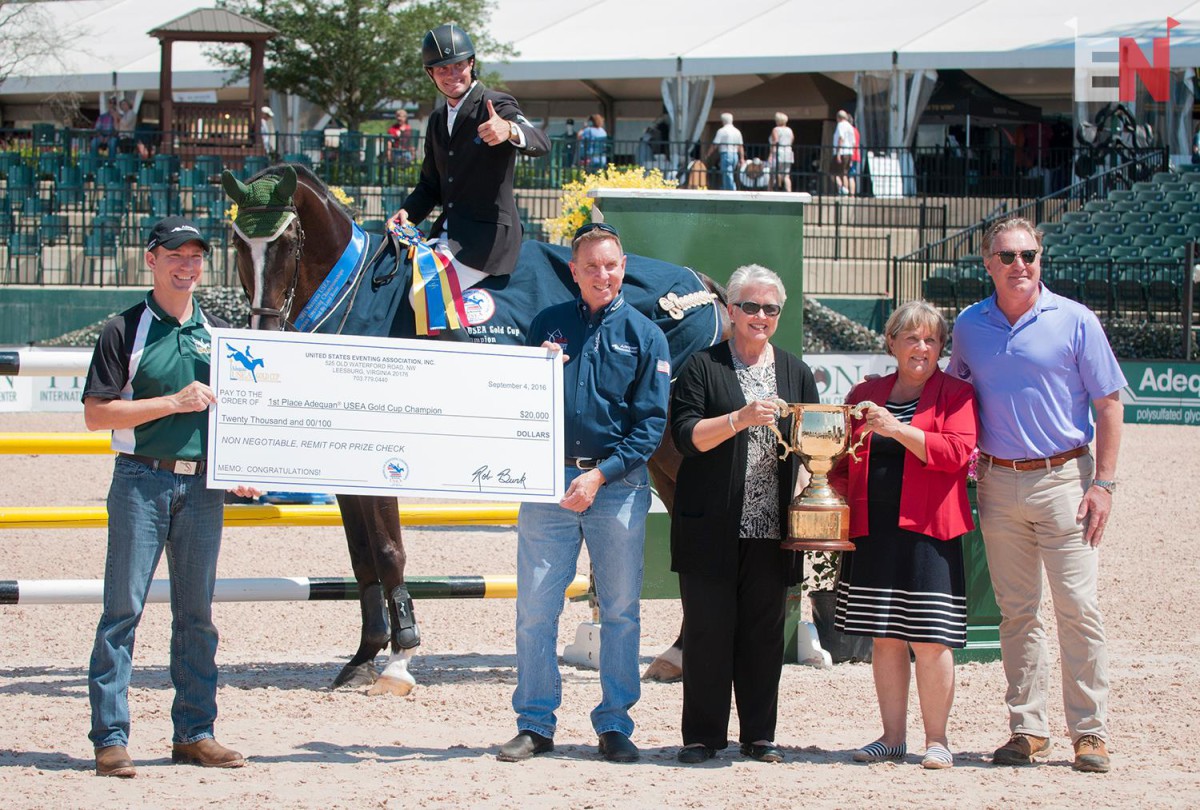 No one deserves the one-two punch victory more. Not long after Ryan moved to the States from Australia some eight years ago, the then 25-year-old four-star rider basically had to start over from scratch. He went through a bit of a dry spell when he first got here, as one of his Advanced horses sold and the other got injured.

Riding around at the lower levels is fine, but for a hungry young rider who’d already had a taste of the big leagues and moved to the other side of the world to chase them, it wasn’t enough. He made a commitment to himself to never be in that position again, and got down to the hard work of building up his string.

After having kept his head down for so long, kept afloat by a series of hard-won victories at the one- and two-star levels, Ryan is finally where he set out to be: at the top of U.S. sport, accompanied by a fierce team of horses. He’s been on fire this year, having been named to the Australian Olympic long list, winning the Bromont CCI3* and CIC3* and Jersey Fresh CCI3*, and collecting two clear cross country trips at Rolex, his first four-star since Adelaide in 2006.

When it rains it pours, but unlike the weather Ryan’s current string of successes isn’t by chance but by design — and a lot of sweat equity. Congrats, Ryan! 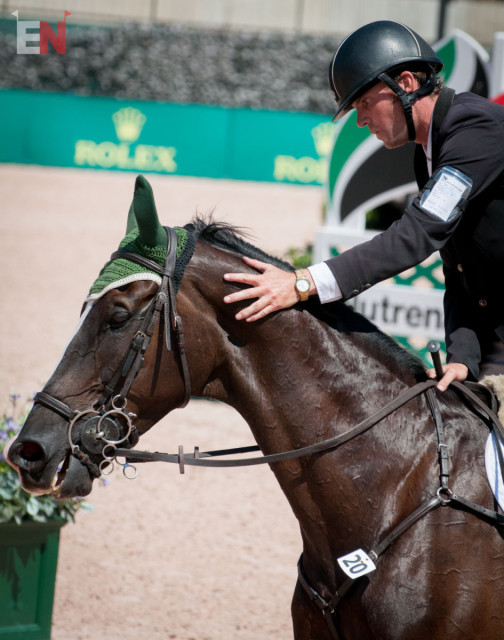 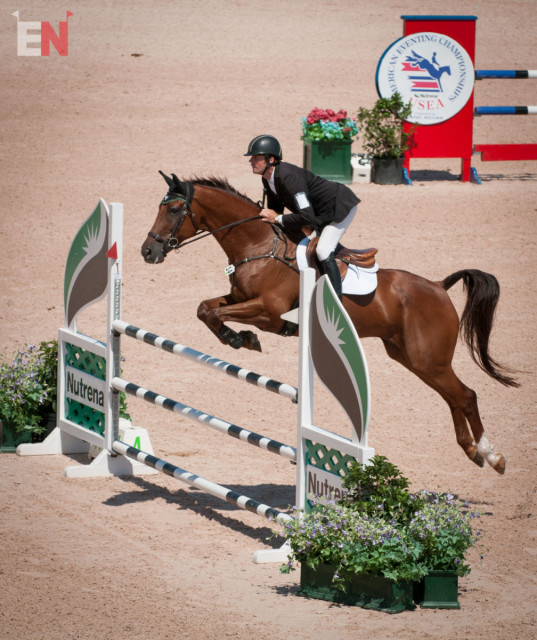 Doug and Vandiver, who finished third, are about as solid a show jumping team as they come. They turned in a lovely round, marred by one soon-to-be-infamous felled rail. 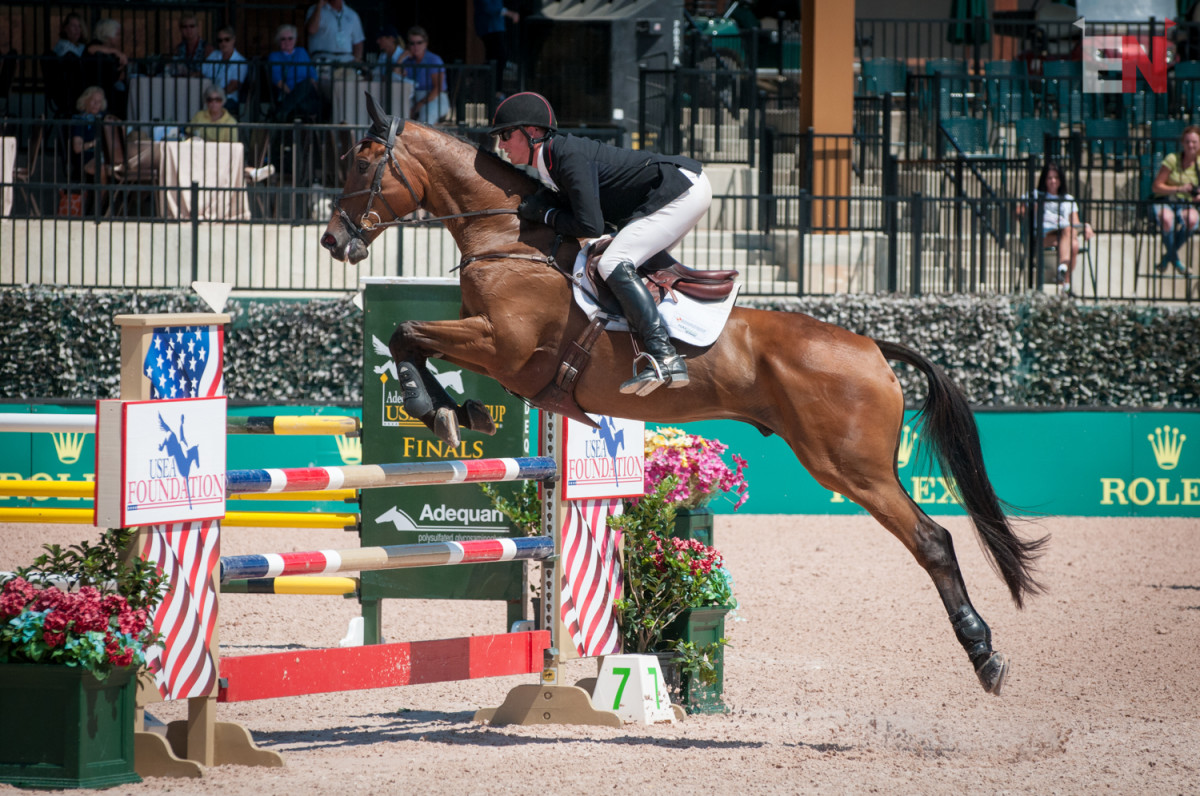 The costliness of the rail (they would have won without it) was driven home to poor Doug during the press conference when TIEC’s Mark Bellissimo presented Doug with the exact rail they pulled to take home as a souvenir — a new AEC tradition, perhaps? “The winner can autograph it,” Mark proposed. 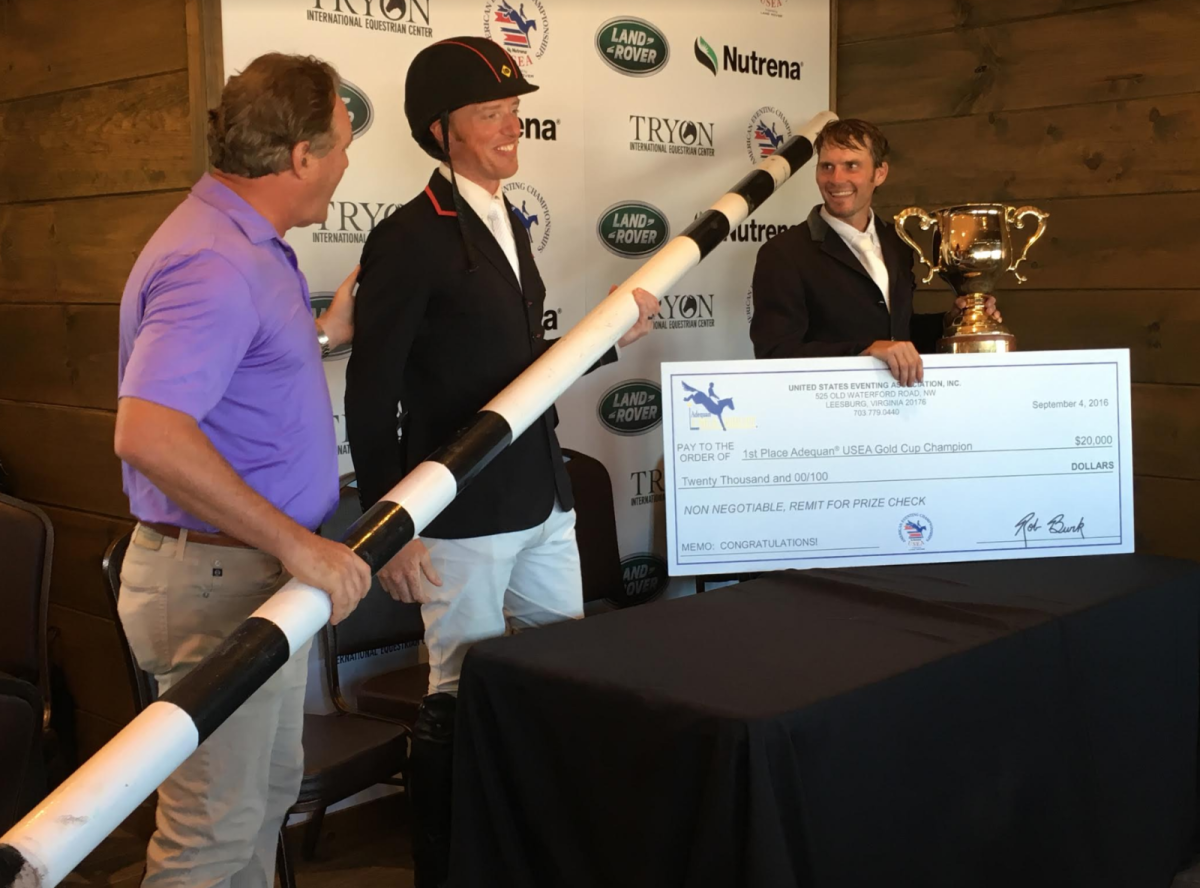 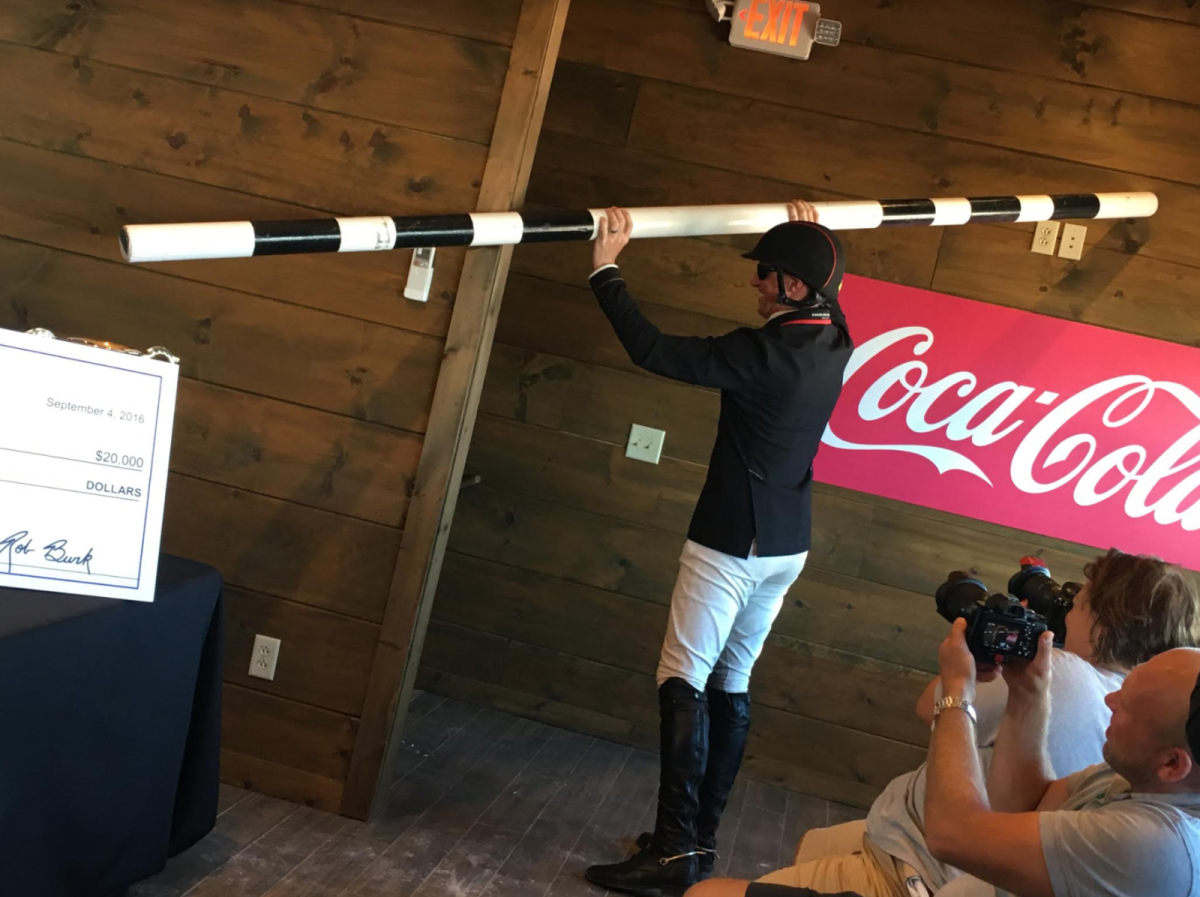 Ryan and Doug recap their rides and overall experiences here at TIEC in the press conference:

On a brighter note, Doug can still claim the title of USEF Advanced National Champion, since Ryan is Australian. The veteran partnership of Buck Davidson and Ballynoe Castle RM took fourth place and the reserve national championship. 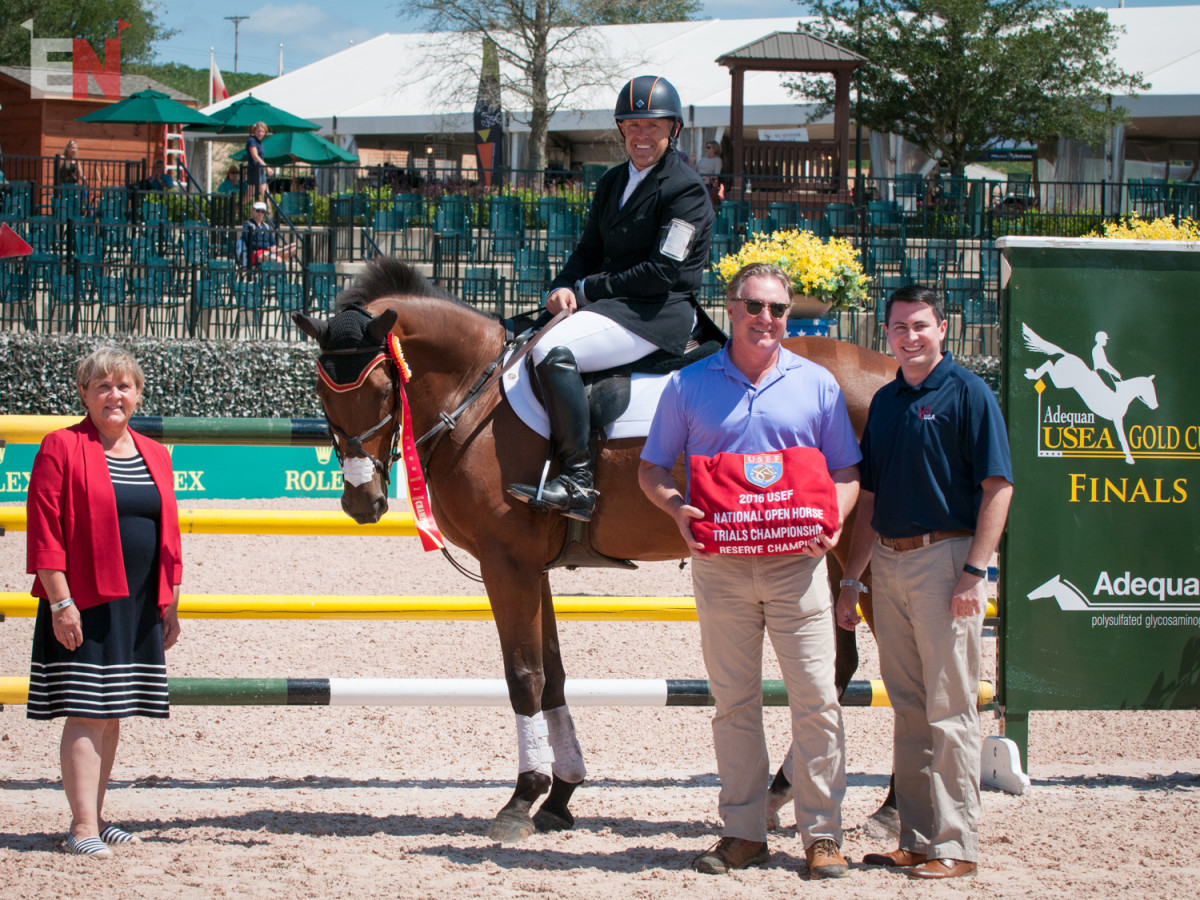 Mackenna Shea and Landioso had a double-clear trip to round out the top five. 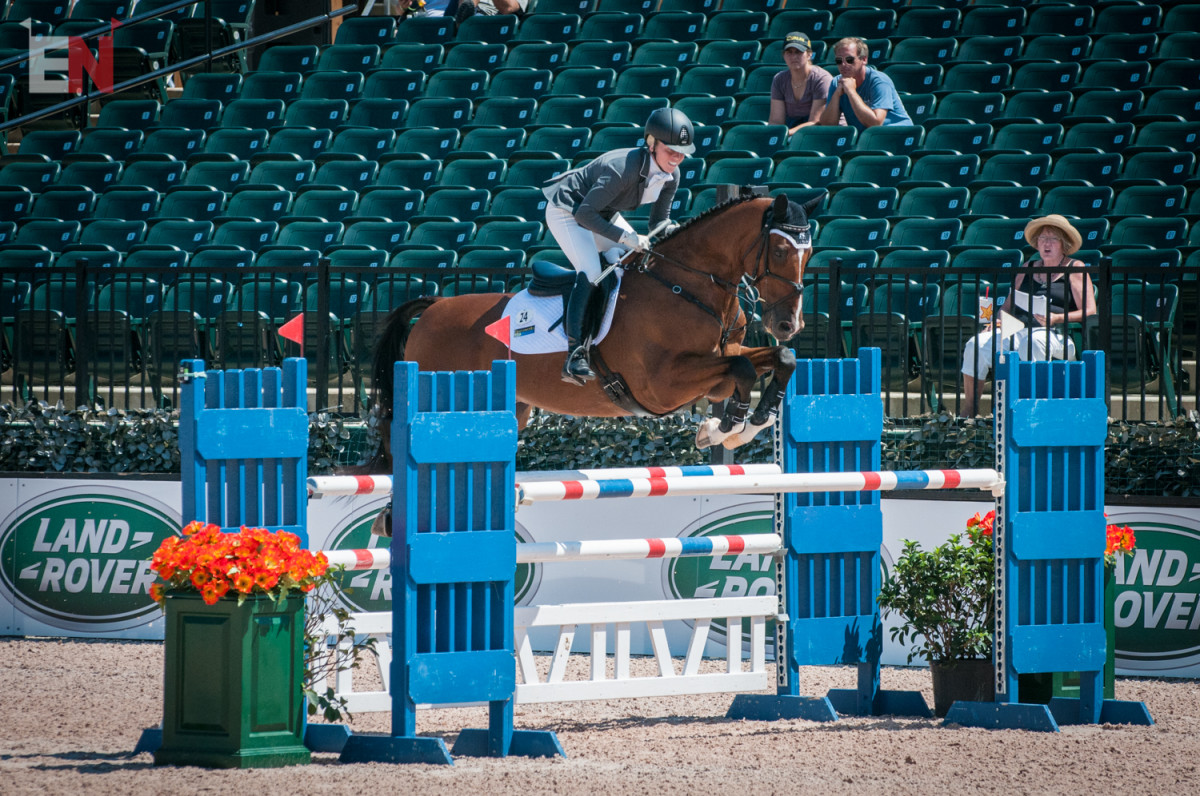 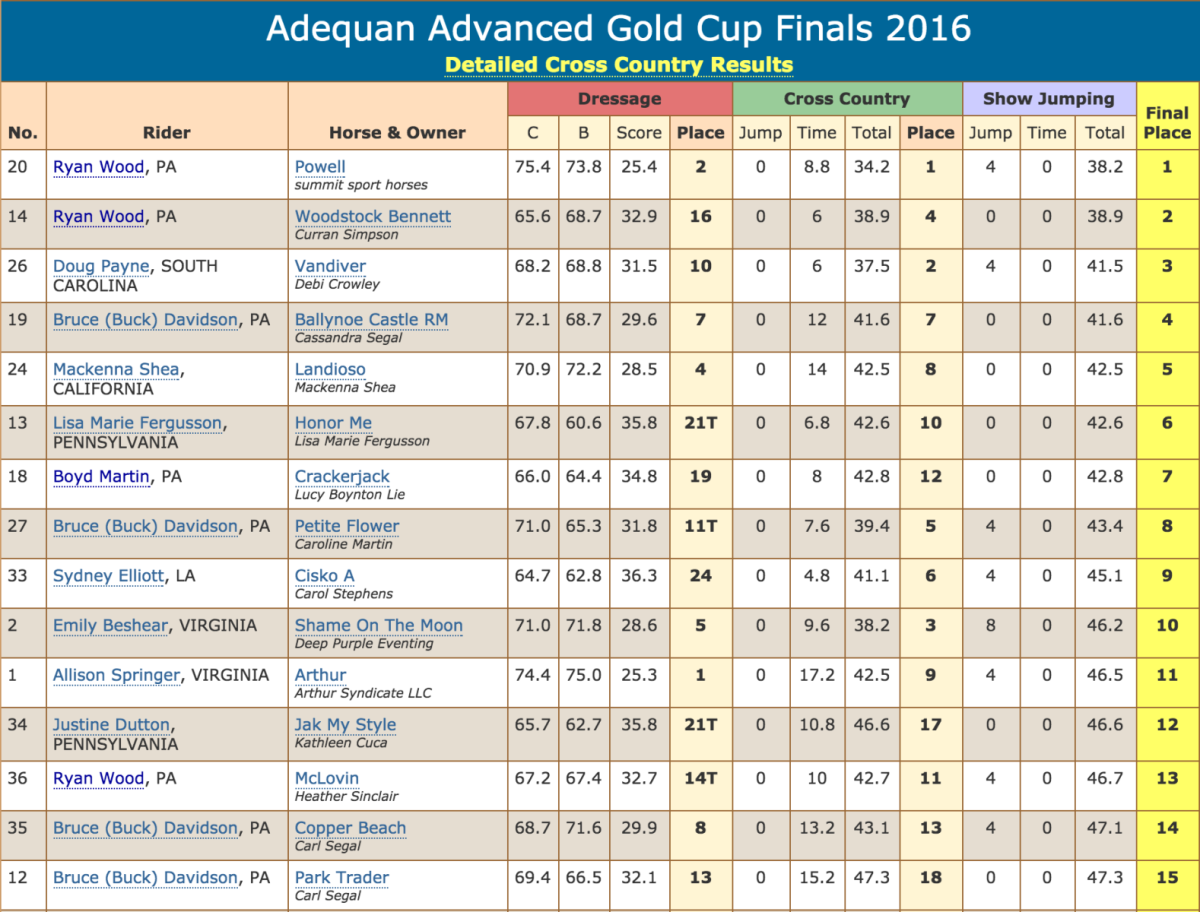