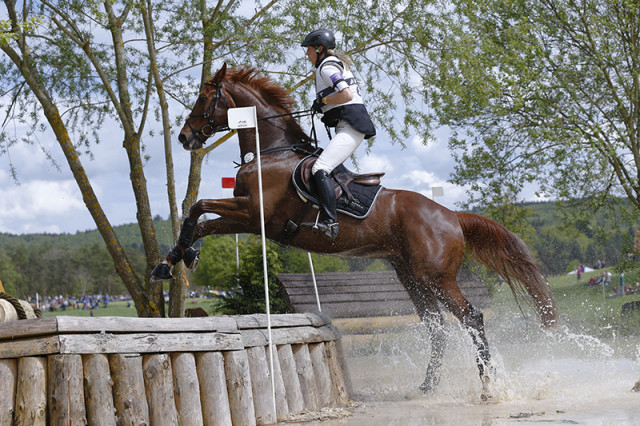 Sandra Auffarth was able to hold onto her sizable lead going into cross country, throwing down a double clear run on a course where the time proved influential. The pair was the last to go, and they turned in the fastest time of the day to finish on their dressage score and win the CICO3* at Aachen.

This pair have plenty of top placings and experience under their belts that certainly were rewarded with the win this weekend. Sandra and Opgun Louvo represented Germany in the 2012 Olympics, bringing home individual bronze along with team gold for Germany. Their performance this weekend has done nothing but help their case to make the German WEG squad this year.

Unfortunately, Clark Montgomery was eliminated on cross country. According to the detailed cross country results, Clark was eliminated at the fence 24B, the second to last fence from home. The pair picked up 20 at fence 15C and then two more refusals at 24B, resulting in elimination.

Out of 39 starters, 33 completed cross country. Luhmühlen winners Tim Price and Wesko retired at fence 15A, and five pairs were eliminated on course. Overall, Rüdiger Schwarz’s seemed to ride well, with few issues cropping up for most pairs and time being the most influential factor throughout the day.

With the final prep run for Germany completed, the selectors certainly have some heavy hitters in their arsenal for WEG. Germany picked up the team win this weekend, followed by Great Britain and France. The final WEG squad announcement from Germany should be coming down the pipe soon with the final results logged. 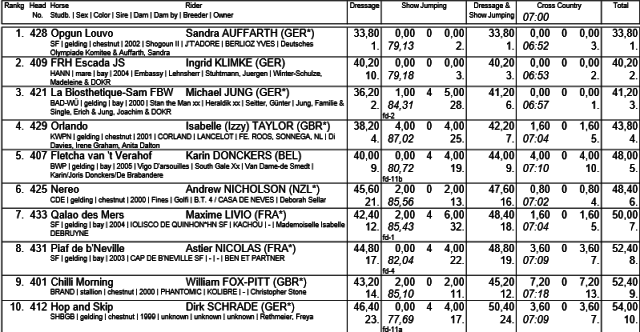