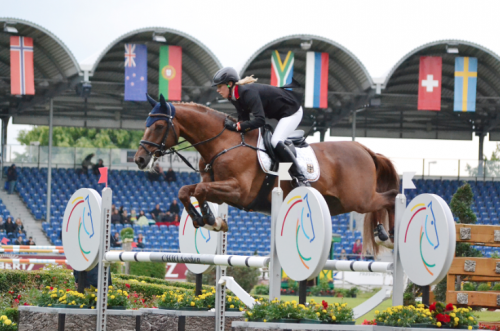 Sandra Auffarth and Opgun Louvo hold their lead at Aachen.

Sandra Affaurth and Opgun Louvo jumped beautifully at Aachen this afternoon to hold their lead going into cross country tomorrow. I love the partnership this pair has formed, and it continues to pay off in challenging situations like today, where a big atmosphere caught out quite a few pairs. While there were 15 double clear rounds, five pairs in the top 10 after dressage had rails, and those who delivered double clears — like Tiana Coudray and Ringwood Magister — were rewarded with big jumps up the leaderboard. Ingrid Klimke moved up from fourth to second thanks to a double clear with Tabasco TSF, and Chris Burton and Holstein Park Leilani moved from fifth to third on their double clear round. Michael Jung and La Biosthetique Sam FBW moved into the top five with their double clear round, and Andrew Hoy and Cheeky Calimbo pulled a rail to drop fifth. That gives us three Germans and two Aussies in the top five. 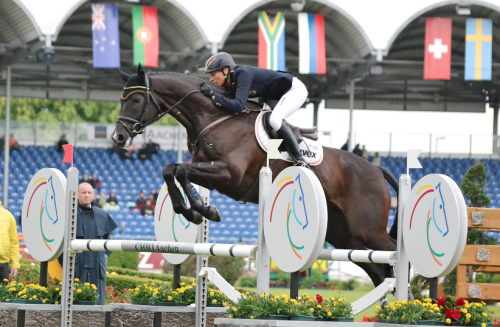 Ingrid Klimke and Tabasco TSF moved up to second place on their double clear.

Show jumping was a mixed bag for Team USA. Tiana and Finn jumped a beautiful double clear round — putting Badminton behind them once and for all — to move all the way from 20th to ninth place. Will Faudree and Pawlow and Marilyn Little and RF Smoke on the Water both pulled a rail to drop to 18th and 29th, respectively. Clark Montgomery and Universe were the first out on course, which was a major disadvantage considering the rowdy crowd watching the CDE class that preceded the show jumping was still filing out of the stadium. This pair had a brilliant double clear round at Badminton last month, and I’m chalking their rails up to bad luck being the first to jump in such distracting conditions. Had three riders on the U.S. team jumped clear, we would be sitting in fourth as a team just .2 faults out of third place. Hindsight is a cruel mistress — I know — but I’m saying this to show just how close we are to being right up there with the best in the world. 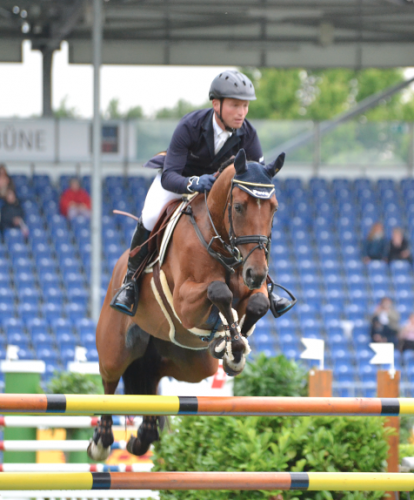 Michael Jung and Sam moved up to fourth after jumping double clear.

The team rankings remain unchanged after show jumping, with Germany still leading, Sweden in second and Australia in third. The U.S. remains in sixth place out of seven teams. While that sounds disappointing, the scores are extremely close from second place on. Just 8.8 faults stand between the U.S. and second place, and 28 faults stand between Team USA and the first place German team. Anything can happen on cross country tomorrow, and this is a big course that is going to shake up the leaderboard drastically, if I can be so bold as to make a prediction. I walked fences 1 through 21 of the cross country course this afternoon, and fences 22 through 25 — located in the main stadium — are being prepared for tomorrow, so I’ll bring you my preview first thing in the morning once I can get photos of the final fences. Cross country starts at 10 a.m. local time. Go Aachen. 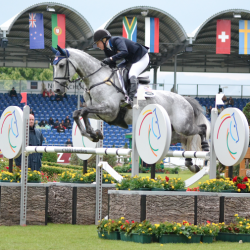 Marilyn Little and RF Smoke on the Water 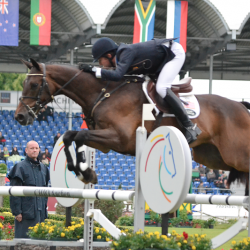 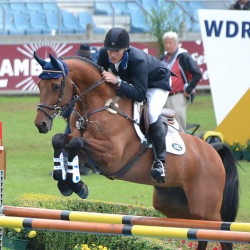 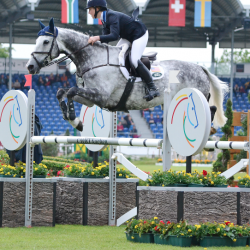 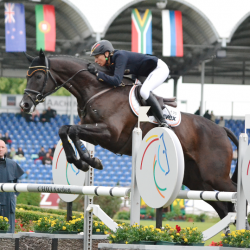 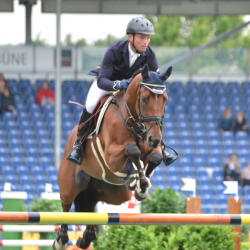 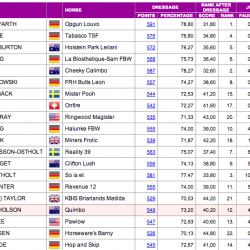 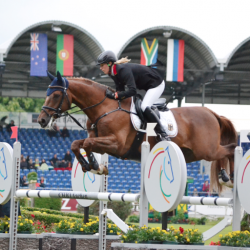 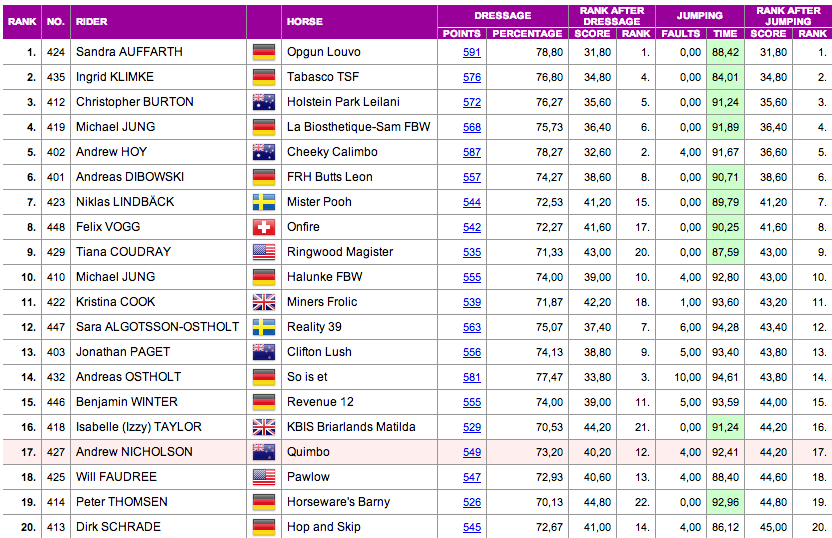