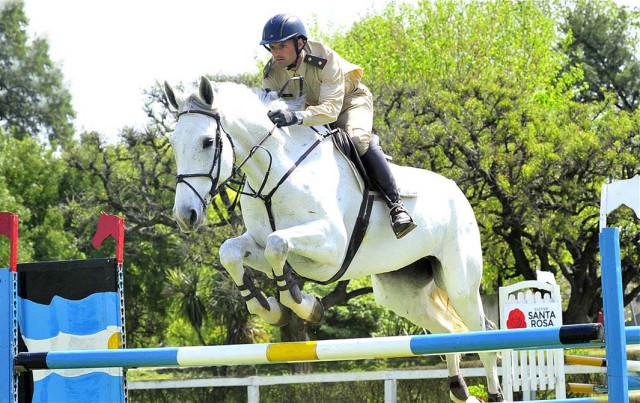 An FEI spokesperson confirmed to EN that Santiago Zone, 34, died Saturday, Oct. 1, while competing on cross country at a National horse trials at Campo de Mayo in Greater Buenos Aires, Argentina. No official statement about the fatality or the horse’s condition has been released at this time.

Eyewitness reports confirmed that the fall was rotational. Gabriel Di Giorgi, a Red Cross volunteer and firefighter, was at the scene at the time of the incident and told EN “there was nothing I could do” to save Santiago.

A first lieutenant in the Argentine Army, Santiago began competing at the one-star level this year and completed the CCI* at Campo de Mayo in June with two horses, Remonta Nunhil and Perdigon.

We are heartbroken for Santiago’s wife and two children, his brother and fellow event rider Ignacio “Nacho” Zone, as well as the greater eventing community in Argentina. Our thoughts and prayers are with all who knew and loved Santiago.