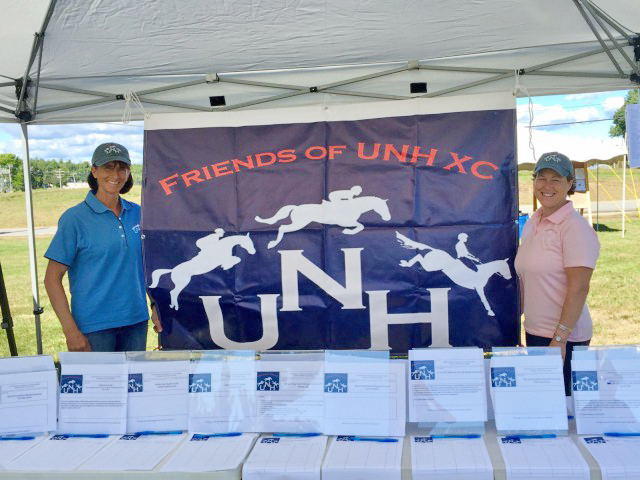 Rachel Greene-Lowell and Julie Howard with their silent auction setup at the UNH Fall Horse Trials. Photo by Abby Powell.

The University of New Hampshire (UNH) in Durham hosts its fall horse trials every year on the last weekend in September. A windy weekend this year, the Beginner Novice and Training divisions ran on Saturday the 24th, with the Novice and Preliminary divisions on Sunday the 25th.

As competitors enjoyed a beautiful early fall weekend — complete with crisp mornings and just a hint of color starting to appear in the trees — the Friends of UNH Cross Country were focused on preserving the horse trials and ensuring they remain a part of the UNH and Area I’s  legacy for years to come.

The UNH Horse Trials are unique among events, being the only horse trials hosted by a college or university in the United States. Furthermore, they are completely managed and staffed by students of the UNH Equine Studies program under faculty supervision and the help of licensed officials.

The horse trials are an important part of the equine curriculum at this land-grant university — a critical connection to the school’s agricultural heritage as well as a unique experience that introduces students to the inner workings of a horse show. 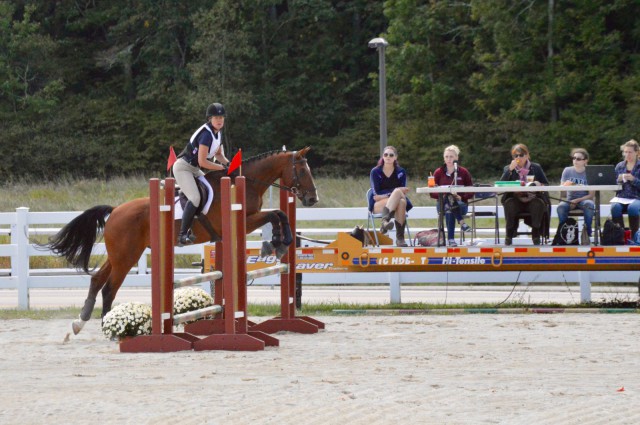 This year marked 45 years of hosting a horse trials at the university, making it one of the longest running events in New England. In addition to the fall horse trials, UNH also hosts the first event of the season in Area I in April.

Like many public universities and other institutions, UNH is under omnipresent budgetary pressure. Compound that with the ever-increasing threat of open land development, and one can imagine that the horse trials, the Equine Studies program and other agricultural programs are at high risk of losing their facilities in the name of development and modernization.

Just a few years ago, campus planners eyeballed the agricultural land used by the horticultural, dairy and equine program to potentially lease out for commercial development as a way to make up for financial shortcomings resulting from State of New Hampshire budget cuts to the university. Thankfully, the planners were met with astounding pushback from the public.

Even though the horse trials are a central part of the Equine Studies program, the University contributes no money to the cross country course itself. Entry fees are funneled back into the event budget, in addition to paying for a portion of one faculty member’s salary — also a necessity due to budget cuts. Without funding from the event itself or from the university, the cross country course relies solely on income generated from schooling fees and facility rentals to pay for the course upkeep and design.

Course designer Jim Gornall, a UNH alumnus, has been very generous over the years, often donating his time and waiving his fees to help maintain the course, but the many years of competitions are taking their toll on the fences and the land. 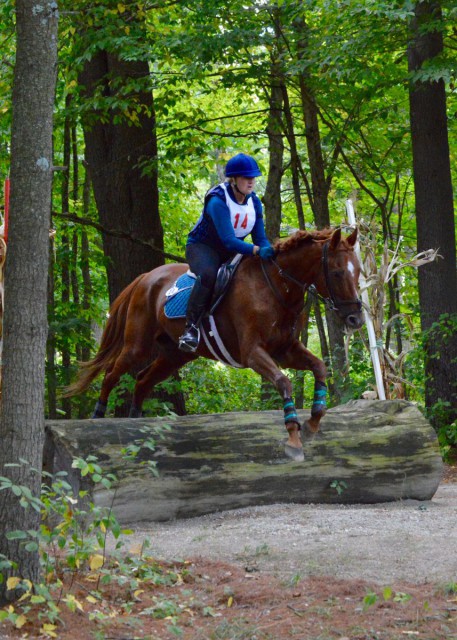 Enter Rachel Greene-Lowell, a USEA/ICP certified instructor who owns and manages Harvest Hill Farm in Brentwood, New Hampshire, just 15 miles southwest of the UNH campus. Rachel first competed at the UNH Horse Trials in 1982 and considers it her home event; in fact, it’s the only USEA recognized event in the state of New Hampshire.

Through conversation with Christina Keim, the chair of the Horse Trials Committee, Rachel began to comprehend exactly the financial strain the horse trials were under and realized that it would be up to an outside force to clinch the resources needed to renovate, modernize and maintain the cross country course, further solidifying the future of the event at UNH. Thus, the Friends of UNH Cross Country was born.

Rachel set up Friends of UNH Cross Country as a non-profit organization separate from the university and instead associated with USEA Area I, thus ensuring all funds raised go directly to the cross country course as opposed to other university discretions. She recruited other talented eventers and enthusiasts into joining the cause as members, each bringing a unique skill that benefits the association. 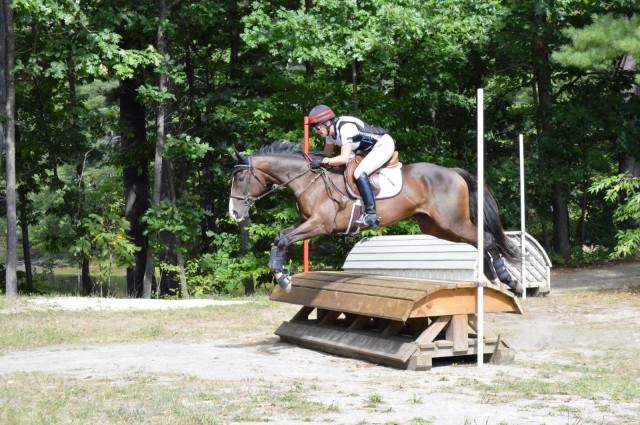 Julie Howard is one such talented person who has joined the cause, acting as co-chair beside Rachel. Julie is an alumni of the UNH School of Law and after taking a 30 year break from the equestrian world, she made it a goal to compete at UNH again, having competed there for the first time in 1977.

“UNH was always a high point in Area I for me, so I knew I wanted to ride there again,” Julie said. She achieved that goal a few years ago and also competed in the fall horse trials last month with her OTTB mare. “I just have so much passion for this cause, and giving back is so important.”

Friends of UNH Cross Country hopes to raise $50,000, which would allow for major renovations to the existing course, as well as the addition of several major upgrades and new elements. Repairs to existing fences, addition of footing to several trails, and cleaning up and widening existing trails are all a part the plan for improving safety for competitors, as well as for allowing greater flexibility in jump placement around the course.

One of the largest projects which would be undertaken is the removal of the Briggs Bank complex, which has begun to deteriorate rapidly and will soon be unsafe to use. After removal of the complex and leveling of the area, it will be decided if the bank complex should be replaced, and if so, where it should be located, or if other existing terrain should be turned into banks, drops or a sunken road. 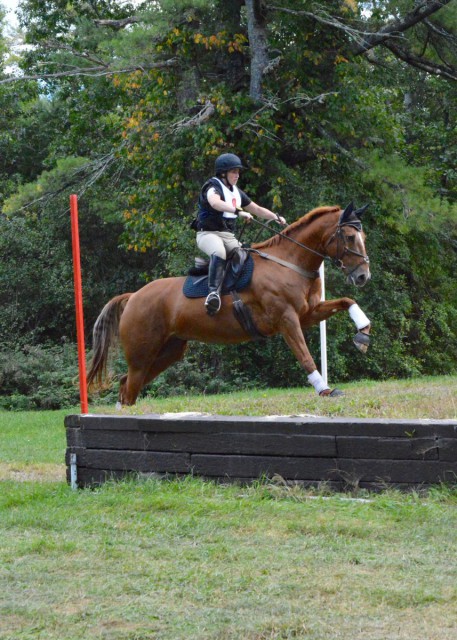 Another phase of the project would focus on completing upgrades to the Preliminary course, like adding some new fences to allow for more options on course. A final stage of the project would add more Novice and Beginner Novice fences and bring in several Elementary obstacles for use by UNH students, anyone coming to school the course and potentially unrecognized divisions at future events.

Earlier this season the organization put out a call for local trainers, instructors, clinicians and venues to host events benefiting the organization, and the plea has thus far been met by a few generous and dedicated professionals. These benefit events account for approximately two-thirds of the $8,000 raised so far, with the remainder coming from a successful silent auction during the fall horse trials.

The response and fundraising has been slowly gaining momentum since Friends of UNH Cross Country was founded in February of this year. “Part of the larger goal is to keep Area I strong and growing,” Rachel said. “It takes almost a full year to schedule and organize events and clinics. A lot of folks were already scheduled for the season completely, so it’s hard to organize something additional.” 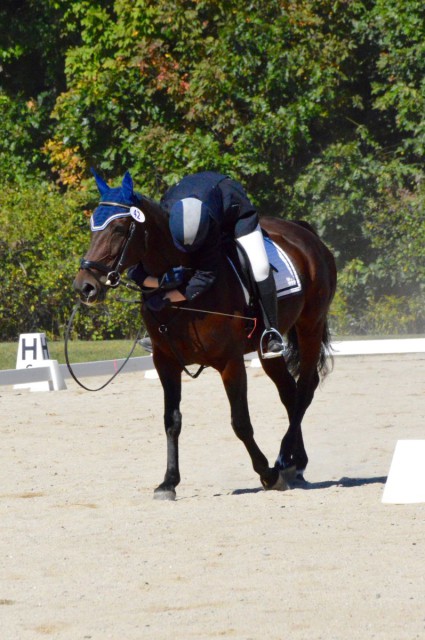 Rachel is hopeful, though, that interest will keep building over the winter and that local trainers and farms will take advantage of the colder months to host indoor clinics and keep the cause in mind as they schedule and plan their season next summer. Several other fundraisers are in the works as well: another silent auction, a raffle for an unlimited schooling season pass on the UNH course and a jump sponsorship program.

The Friends of UNH Cross Country would be very happy to have additional members join the organization and invite anyone interested to attend their meetings. “We need people to get involved and to realize that this is everybody’s issue, not just UNH’s and not just Area I’s,” Rachel said. “When you keep equine venues alive, it benefits the whole equestrian community.”