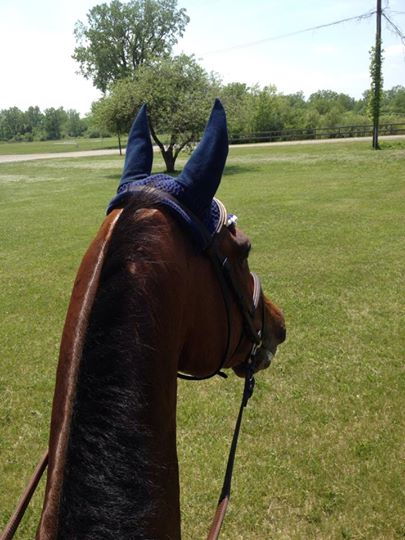 Courtney Carson's Bird is the Word taking in the sights at IEA.

Another busy weekend is in progress around EN! If you are out competing, volunteering, coaching, spectating, or attending an event in any capacity, don’t forget to send your photos and videos to [email protected]. Once again, please join us in giving a huge thank you to all of the organizers, officials, and volunteers who make weekends such as this possible. We truly could not do this without you, and we thank you for all of your time spent and hard work.

The Colorado Horse Park is running their spring Horse Trials this weekend, with divisions running from Intermediate down to Beginner Novice. James Atkinson and Man on a Mission III lead after dressage and show jumping, scoring a 28.2 in the dressage to take a nice lead over Martha McDowell and Nabouco de Lessay. No one in this division jumped double clear, and all competitors had one rail down to keep the leaderboard fairly intact going into show jumping.

In the Intermediate division at Waredaca, Boyd Martin holds the top three spots after cross country in the Intermediate, which caused its share of problems today. Unfortunately, overnight leaders Mackenna Shea and Landioso elected to retire on course after scoring a 25.9 to lead the field after dressage. Meanwhile, Boyd moved up from second with Shamwari 4 and from sixth and fifth, respectively, with Pancho Villa and Otis Barbotiere. Boyd will no doubt be over the moon with these results, and although this was meant to be a lighter prep run for Shamwari 4 and Otis Barbotiere, he should feel confident going into his overseas trip. 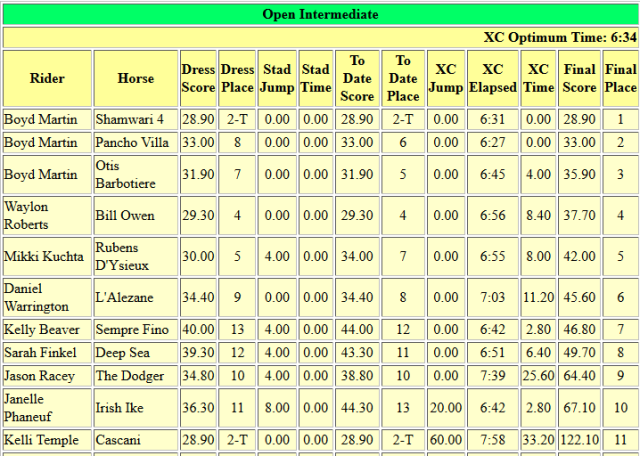 In Georgia, Poplar Place is running Starter through Preliminary divisions. Werner Geven and Grey Prince are your Prelim leaders going into show jumping after adding 4.0 time to their dressage score. Stephanie Heinsons and Peekaboo Street enjoyed a nice jump up the leaderboard from ninth to second after a rocking double clear round, and Werner and his second ride, Kid Kaline, also moved up from eighth to third after cross country to round out the top three. 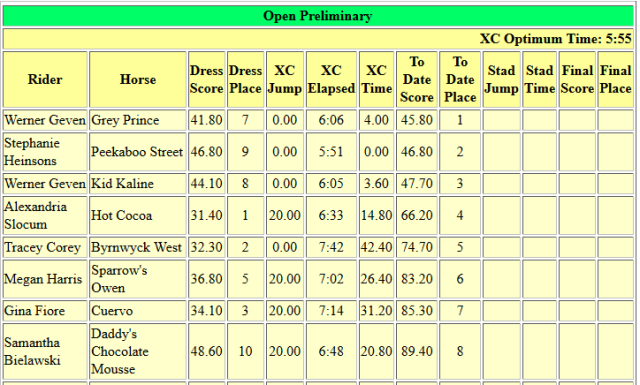 IEA is also having a busy weekend, with several three-day divisions as well as Beginner Novice through Intermediate-Preliminary horse trials divisions running concurrently. Suzie Harrison and Let’s Be Frank lead the I/P division, moving from fourth to first after clocking in the fastest cross country round with 4 time. Irene Lampton and Daisy picked up 14 time to move from first to second, and Kelty O’Donoghue and playtime round out the top three.