There’s only one true Chinch, you know, and with Great Meadow and Luhmühlen taking place the same week we felt torn about where to send him. The last time Chinch got double-booked we called up Hedge, Chinch’s British cousin, to represent EN at Badminton… 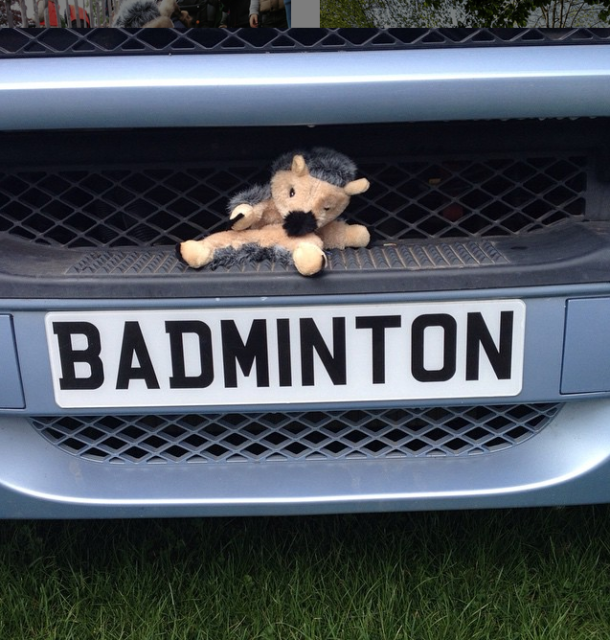 … and since that turned out so well, we asked him if he had any family in Germany.

“Well, I’ve got this uncle, but… hey, who’s in the mood for a dust bath?” he replied, clearly trying to dodge the question.

We were desperate, though, and the idea of a chinchilla in lederhosen made us giggle. So we made arrangements for the furry foreign correspondent to meet us at the event on spec.

It may have been a mistake. 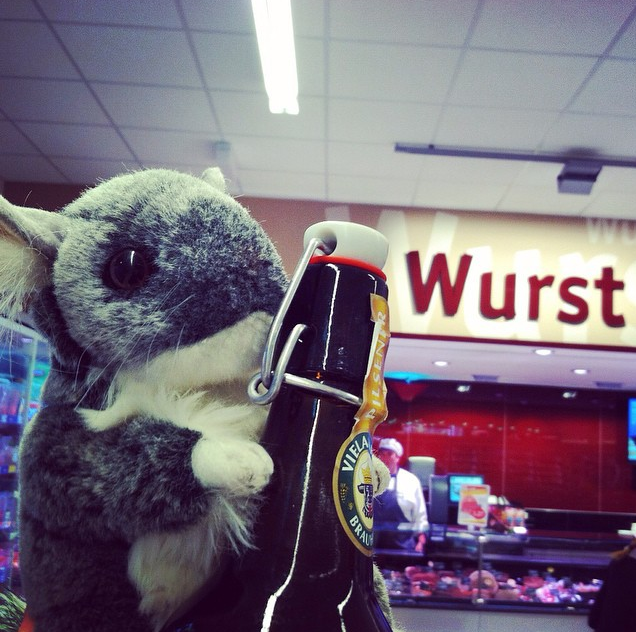 A few of our initial observations: 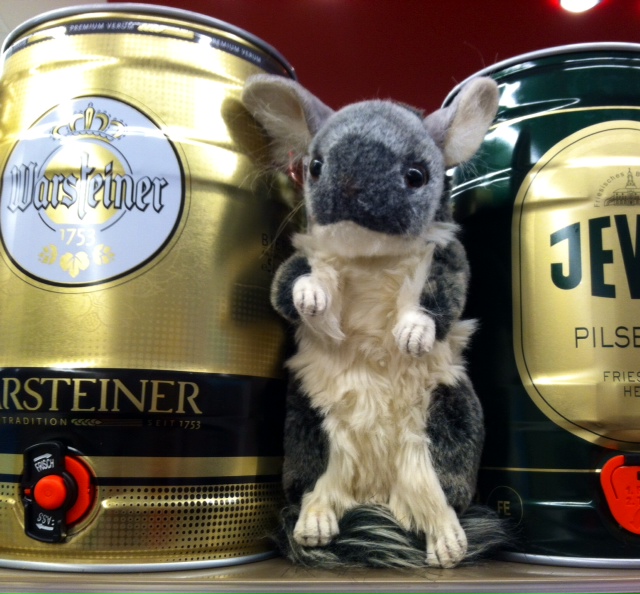 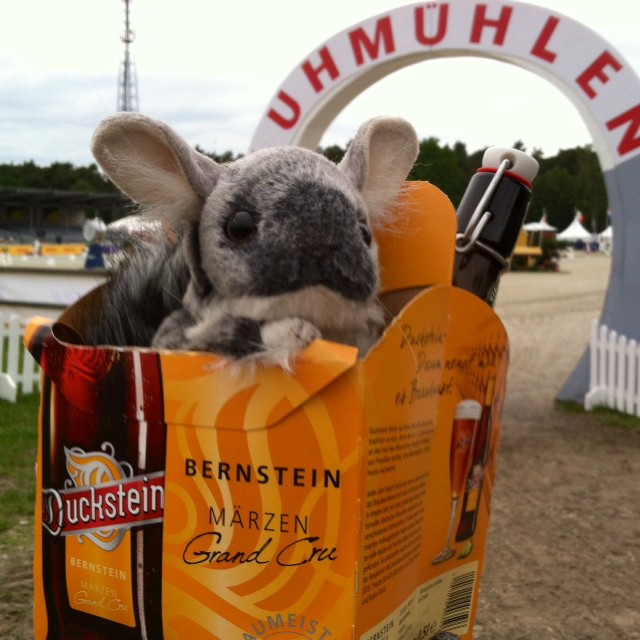 He calls us his “designated driver” and insists upon being carted around in a beer box. 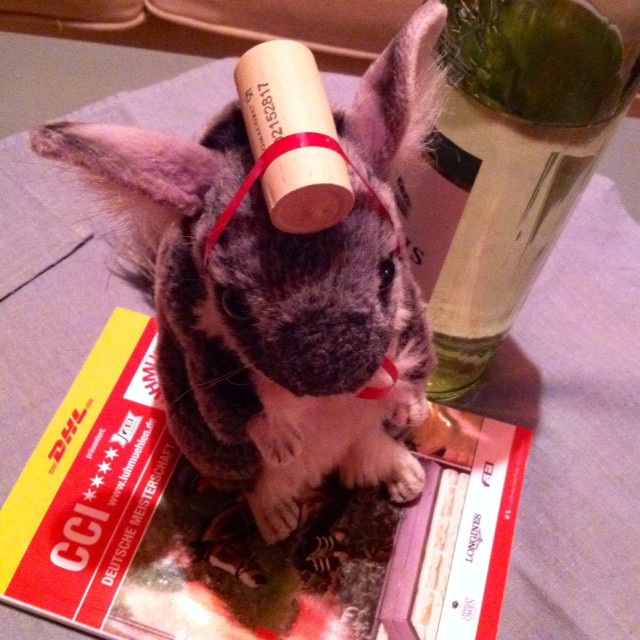 Sometimes he wears a wine cork as a hat. 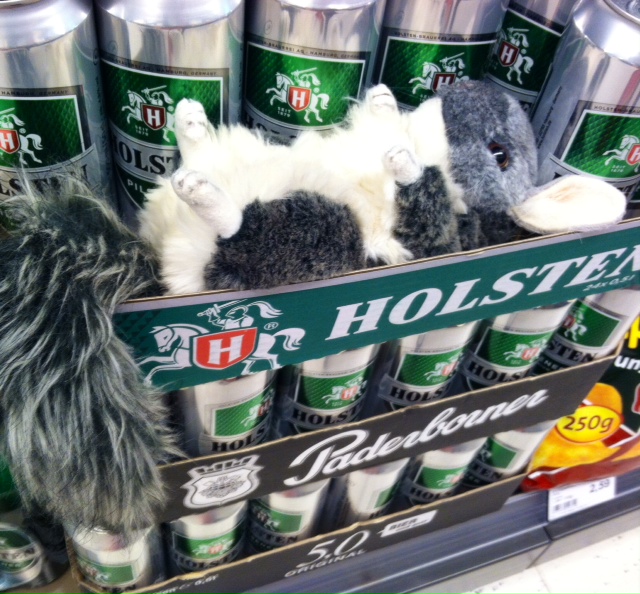 This is his bed. 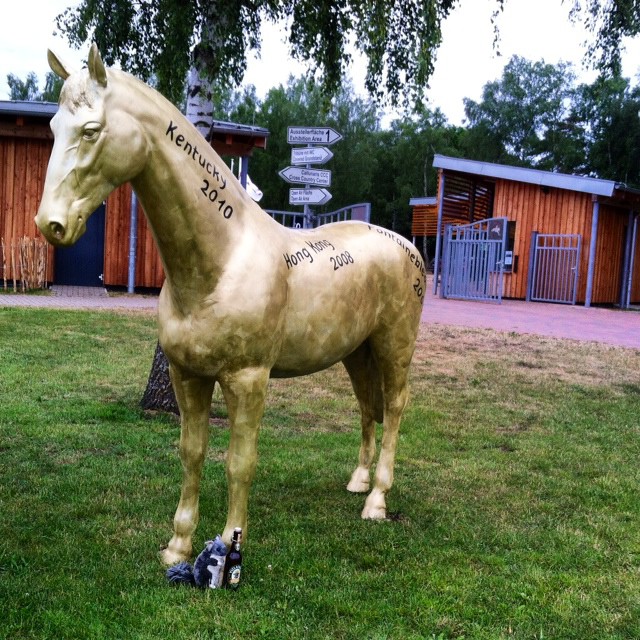 He and his drinking buddies don’t always see eye to eye. 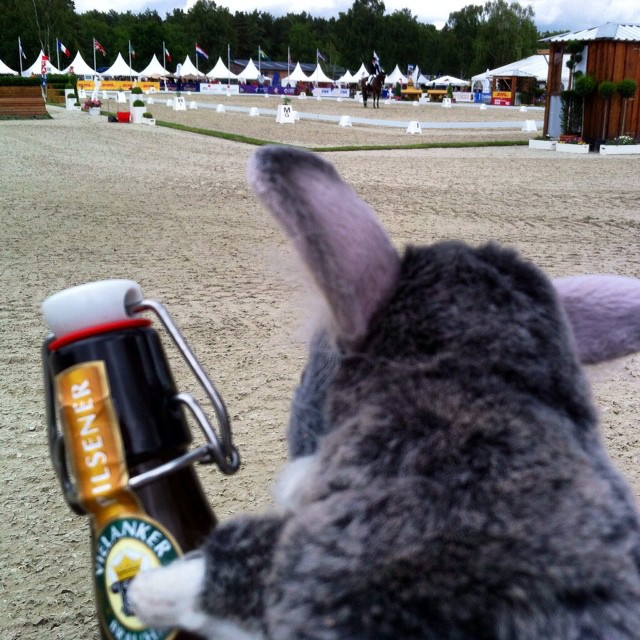 Dressage drives him to drink. (Actually, we’re with you on that one, Chinchwürst.) 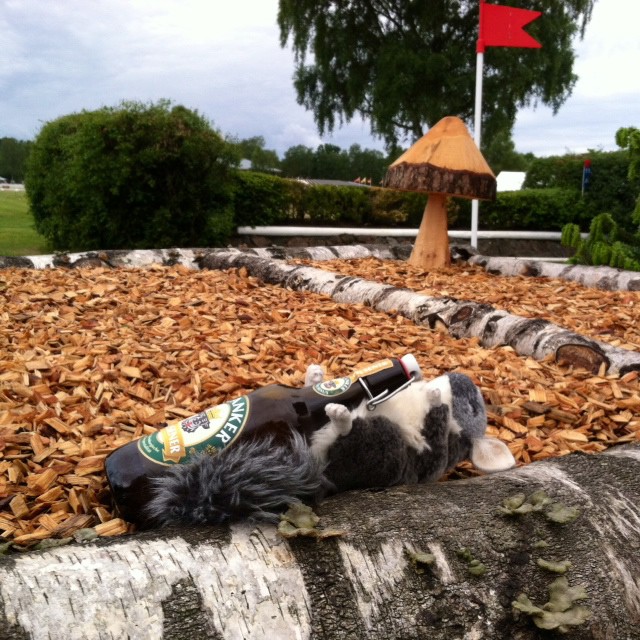 He’s been known to pass out anywhere.

Keep up with both Chinch and Chinchwürst’s adventures this week on Instagram @goeventing!