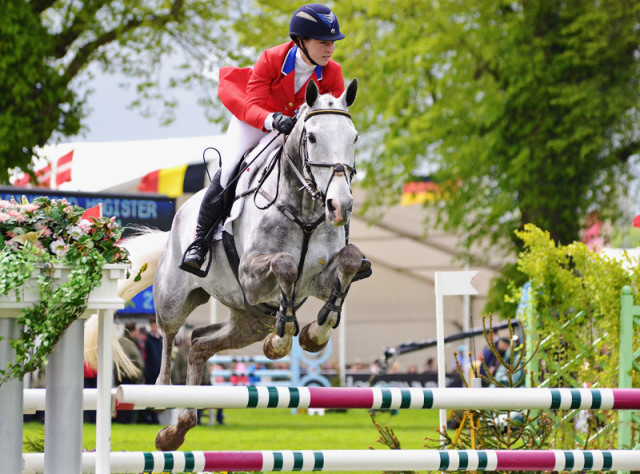 The score sheet doesn’t reflect it, but Tiana Coudray and Ringwood Magister truly had a very impressive weekend here at Badminton Horse Trials. After being one of just 35 pairs to complete Giuseppe Della Chiesa’s cross-country course — which will go down in eventing history as one for the record books — Finn came into the show jumping today with springs for legs and jumped his heart out in very tacky footing. They had two rails down around Kelvin Bywater’s show jumping course, the first at the second fence, a green vertical, and then the second at the final fence, a big pastel oxer. But Tiana said he felt fantastic, and she was thrilled with the way he jumped.

Rails fell frequently at that second fence in the first group of 12 horses that jumped, and David O’Connor commented he didn’t think the horses were reading it well, as the green poles disappear into the grass of the main arena. Chris Burton and TS Jamaimo, last year’s Adelaide CCI4*, have had the best round so far with one rail down, as no one jumped clear in this first group. Horses are definitely tired after battling the grueling track yesterday, and the footing is sticky after the heavy rains the area has seen this week, giving nothing for the horses to push off of as they leave the ground. I imagine we’ll see many more rails when the top 20 take the stadium at 2:45 p.m. BST.

I caught up with Tiana for an interview after her round, which you can watch in the video below, to get her thoughts on yesterday. After so many horses ran out of steam early, she set out of the start box slowly to try to save energy for the end of the course. Unfortunately, they missed a flag on the direct route at Vicarage Vee and had to jump around the long route as a result, which cost a lot of time. By the time she got to Huntsmans Close, she was surprised to find that Finn was still full of running. She had always planned to take the long route there, but with a 20 already on her score card, she figured she didn’t have anything to lose by going direct.

Finn ended up banking the first corner there — which we saw numerous times yesterday — and then just not having enough get up to make it to the second corner, so they recorded their second 20 there. After finally escaping Huntsmans Close, Tiana found once again that Finn still had gas in the tank, and she said she made up so much time on the last part of the course that she was stunned to see they came home with just 25.6 time penalties, as she thought it would be at least twice that, especially after taking the long route at Vicarage Vee. So needless to say, Finn absolutely never gave up and kept fighting until the very end.

Many thanks once again to Nico Morgan Photography for the lovely photo gallery of Tiana and Finn below, as well as for all the other beautiful photos of our North Americans this weekend. He is uploading even more photos from Badminton as I type this, so be sure to like his Facebook page to see his latest images, as well as check out the galleries on his website by clicking here. Stay tuned for much more from Badminton as we count down to the finale of show jumping, which is just 90 minutes away. 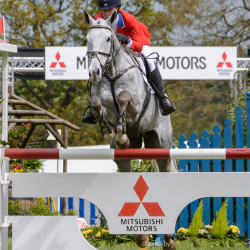 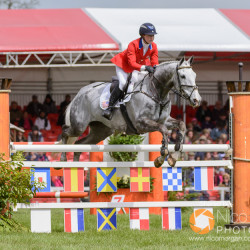 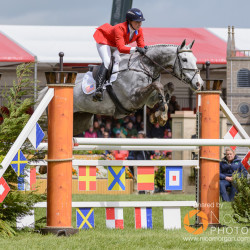