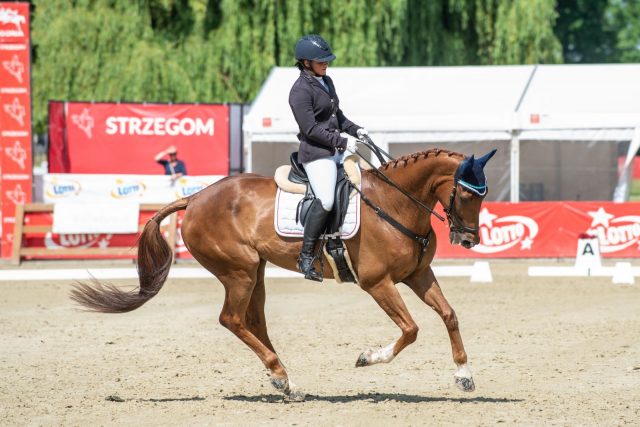 LOTTO Strzegom Horse Trials plays host this week to the second leg of the 2021 FEI Nations Cup series after an exciting start to the season at Houghton Hall. To recap, the series consists of six legs between now and the finale in Boekelo (NED) in October: Houghton (GBR), Strzegom (POL), Le Pin au Haras (FRA), Bromont (CAN), Arville (BEL) and Ballindenisk (IRL) — you can view the complete schedule here.

The rules of play: Teams are composed of three or four athletes from the same nation, with the three best results of each team going toward team classification. The best five results count towards the final classification when the series concludes in October. The series will be livestreamed — you can watch from the Strzegom website or FEI partner ClipMyHorseTV. 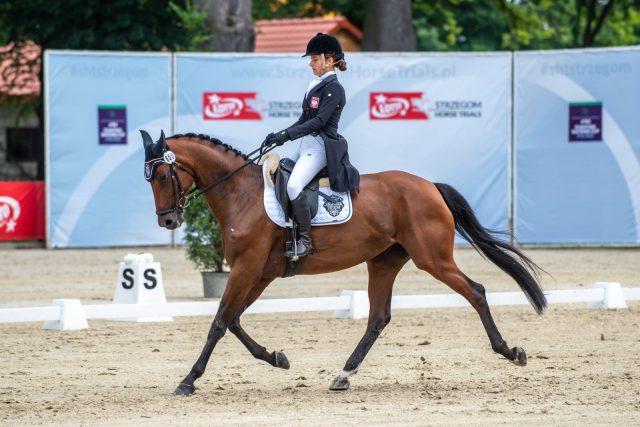 In addition to the Nations Cup competition, the event is staging CCI1* through CCI4*-L competition as well as National Championship divisions for Young Riders and Juniors and Pony divisions. EN’s publisher and I have gotten into tiffs before about whether or not Polish event coverage is the best use of our energy, as Poland represents only about 1% of our readership. My response: That may not sound like a lot, but it’s still (*checks Google Analytics*) 492 individual Polish readers this past week alone! Thus, a recap we shall provide:

Strzegom’s other international divisions actually began today, with The Netherlands’ Aliene Ruyter and Bomba, a 9-year-old Dutch gelding (Zacharov x Paula, by Holland), taking the CCI4*-L lead on a score of 30.0. Second place belongs to Katrin Norling of Sweden with Hulliebullie, and Gired Le Coz from France sits in third with Caramel d’Orchis. The highest-ranked Polish athlete is Małgorzata Korycka with Canvalencia. 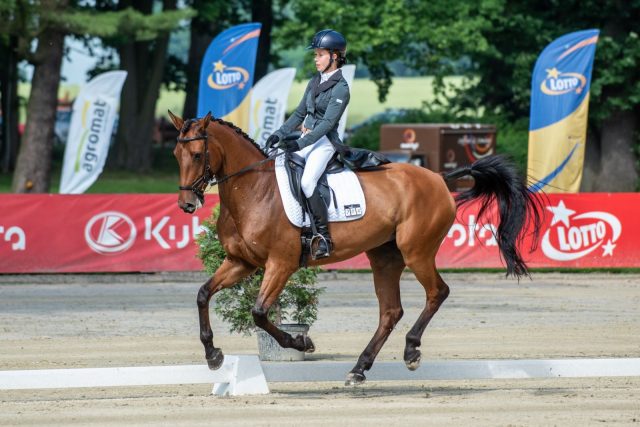 Sweden’s Louise Romeike took the lead in the 3* with Commando 3, and the best result in the CCI2*-L belongs to Lara De Liedekerke-Meier (BEL) with Formidable 62.  Agata Piskadło (POL) is the leader in the CCIJ2*-L, which also means she is in the first position after dressage in the Polish National Championships for Juniors. The best result in the CCIY3*-L is Julia Gillmaier (POL) with Red Dream Princes and she’s currently in the lead in the Polish National Championships for Young Riders, defending her last year’s title.

Emilia Vogel (GER) is leading the CCIP2*-L for ponies with Tina. First place in the Intro class belongs to Ricarda Berkenheide (GER) with Belle Jour.

Dressage continues on Friday, including in the Nations Cup class, as well as the first cross country trials. Saturday and Sunday are cross country and show jumping days. 350 combinations are competing at the event, representing 21 countries from all around the world.