Sport Horse Nation was created in 2010 at the request of Eventing Nation readers and has since then helped sell countless horses to great new homes. But it’s not just about advertising, it’s about people and horses finding each other and going on to develop a relationship and succeed together. Do you have a SHN success story? Email [email protected] with SHN Success Story in the subject line and your story may be featured on EN! 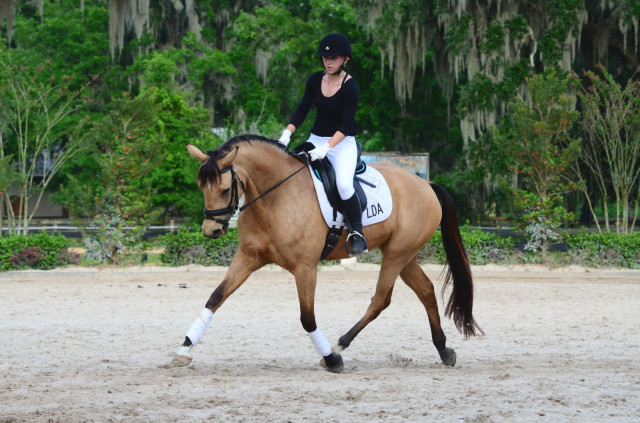 Beth Davidson listed Black Dog’s Top of the Morning on Sport Horse Nation in May 2014. “I had probably 30 emails within four days, and the mare (who was 5) was vetted and shipped to California’s Woodside Facility three weeks from the sale listing.”

Davidson bred “Mia,” a Connemara/Trakehner mare, intending to compete her before passing her on to her daughter, Anneke. When Anneke decided to breed her future competition horse from her own pony, they decided to put Mia up for sale. “At the same time, Farrah (Forrest Nymph) had been with Sinead [Halpin] for six months and I was funding that endeavor, and I needed to sell something.”

John Robertson is an eventing trainer based at Woodside who has extensive experience with Connemaras. He contacted Davidson from the ad on SHN. He had a student, Charlotte Greatwood, who was 5’6” by her 12th birthday and fast outgrowing her 13-hand Connemara/Welsh pony, Tinkerbelle.

Greatwood’s mother Michelle Cale said they never met Mia in person before she came to California and they had been looking for a Connemara for several months already.

“John was excited to have a student buy a Connemara/Trakehner that has Young Riders potential,” Davidson said. 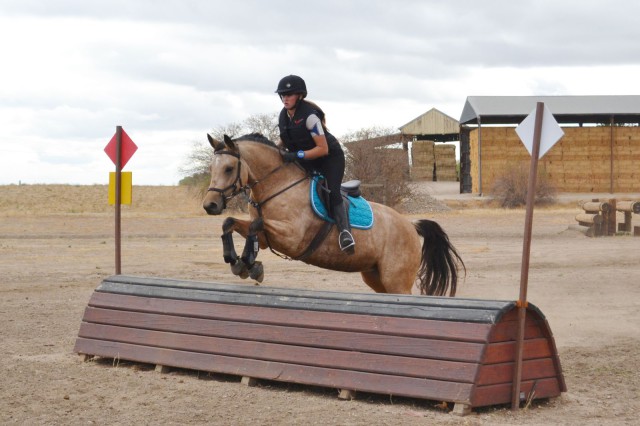 “We bought Mia on the strength of her pedigree, performance to date, and videos,” Cale said. “So far so good. They are proving a great partnership, with two three-day events at Beginner Novice this year, one more to come in November, and plans to progress to Novice next year as well as getting as much experience as they can in the dressage ring in 2015. And Charlotte is in love.”

As for Davidson, she “couldn’t be happier” with the match. “I don’t breed many and I hate selling, but I keep track of the offspring I produce, and seeing their successes makes me so proud.”

Davidson so loved Mia that she continues to breed her sire (WH Top Gun) and dam (Black Dog’s Fiorella) together. WH Top Gun is a 10-year-old Connemara owned by Nancy and James Kilcrease. With rider Elliott Blackmon, he placed 7th at the 2013 American Eventing Championships at Novice level and 6th in a Training AEC division this year. “Mia has the Connemara pony personality, bold and friendly with the added size and movement from her Trakehner dam, an Anglo-Trakehner also bred at Black Dog Farm.”

Mia has a 2-year-old brother in Canada with a Grand Prix dressage rider, a 6-month old brother, and a sibling on the way in 2015. Beth writes regularly for EN on breeding and other topics. Click here to read some of her work, and keep an eye out for future stars Charlotte and Mia.