The Goresbridge Go for Gold Sale in Ireland has a reputation for producing outstanding sport horse prospects.  Kylie Lyman Demody sent us an email noting the sale’s success this year– and her own, as she produced this year’s sale topper.  Congrats, Kylie, and good luck to all the new prospects!

Just wanted to share for those who didn’t see that the Goresbridge Go for Gold Sale in Ireland broke all sorts of records Wednesday night. I was fortunate to have produced the highest priced horse from this year’s sale, he broke the previous records by 17,000 Euros, and I had the ride on two others including the top priced four-year-old mare. Martin and Mary Frances Donohoe do a fantastic job and attracted buyers from all over the world. It was a fun experience and something we don’t get to see in the US. They have seen a huge majority of the best Irish Sport Horses in the world go through their sales. My old ride Trading Aces came through them as a 3-yo along with Imperial Cavalier, Lenamoe, Ballynoecaste RM, Mr. Medicott and Springalong among many others. 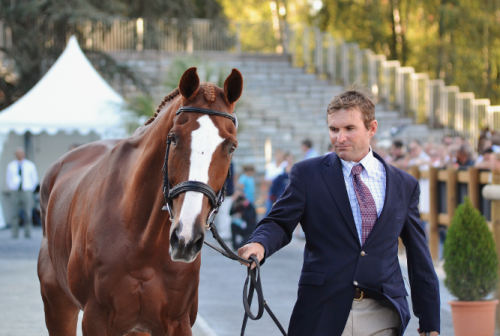 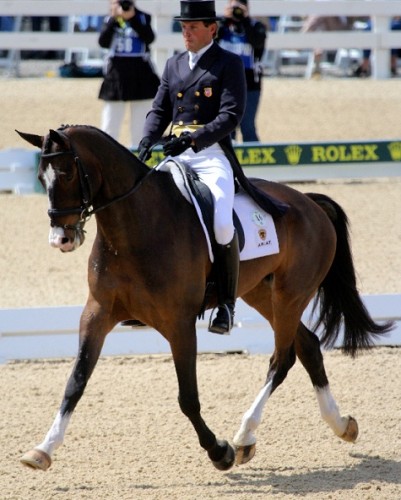