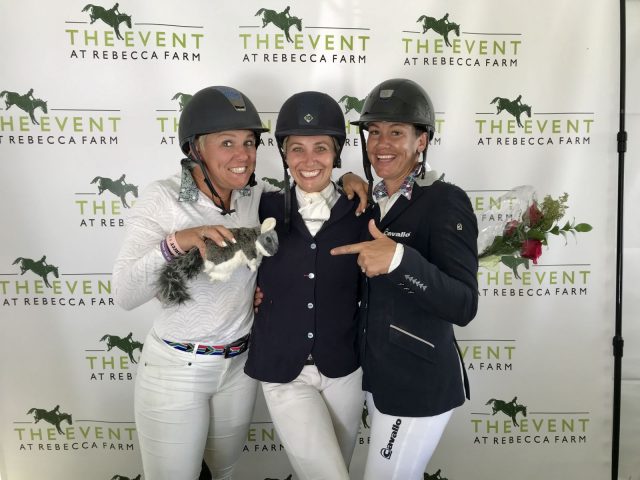 We witnessed teamwork in many forms this week at Rebecca Farm. Some of it was obvious to the eye — all things NAYC Area II, for instance.

But sometimes it’s more subtle, AKA the behind-the-scenes, takes-a-village effort that goes into every successful horse-rider combination. Coaches, vets, owners, family, friends, farriers … nobody gets to an event like Rebecca Farm alone.

Next Level Eventing is a program based in Temecula, California, that has not only embraced the concept of teamwork, but built a program with teamwork as its centerpiece. At its core are best friends Tamie Smith and Heather Morris, who realized that life was better when they had one another’s backs and took good care of the people around them. And it’s clear that their commitment to camaraderie extends not just to people but to their horses as well.

Teamwork works, and Next Level’s winning sweep this week at Rebecca Farm is proof of that. From Next Level: Tamie Smith won the CIC3* for the second year running with Fleeceworks Royal; Heather Morris won the CCI2,* again, with Charlie Tango; Frankie Thieriot Stutes won the CCI3* on Chatwin; and Megan Sykes won the CCI1* on Classic’s Mojah. 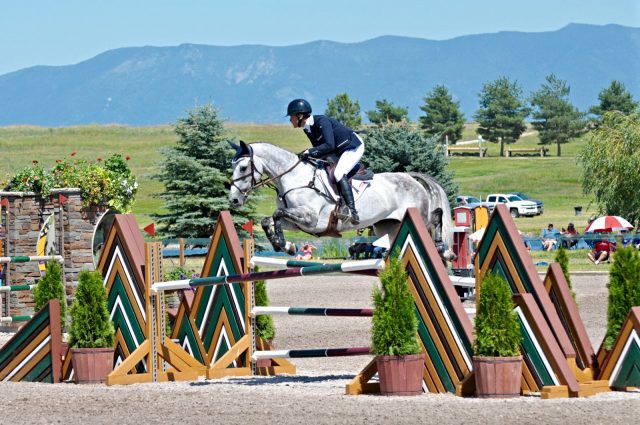 The best riders are perfectionists who always fixate on that one thing they could have done differently, and when Tamie showed up at the press conference after her winning round she was still kicking herself about a second-late decision on the approach to the final fence that cost them a long spot and four-faults.

Tamie and “Rory” have picked up some time here and there, so Tamie always has a nose for the inside line and Rebecca Farm was no different. “Right before I went in Heather said, ‘You can do the six there on the last line,’ and I was like, ‘Really? Should I do the six?’ And she kind of gave me the shrug she gives me.

“We jumped the last combination and I waited too long to do the six, and luckily she is wonderful to me, but that rail was all my rail times 100 percent. But she was super, I couldn’t have asked her to be better, she jumped out of her skin like she always does. She was super rideable and it’s been really fun developing her.”

Blue is clearly your color, Rory! We look forward to seeing Tamie and Rory this fall, at Fair Hill or a CCI3* abroad, perhaps? 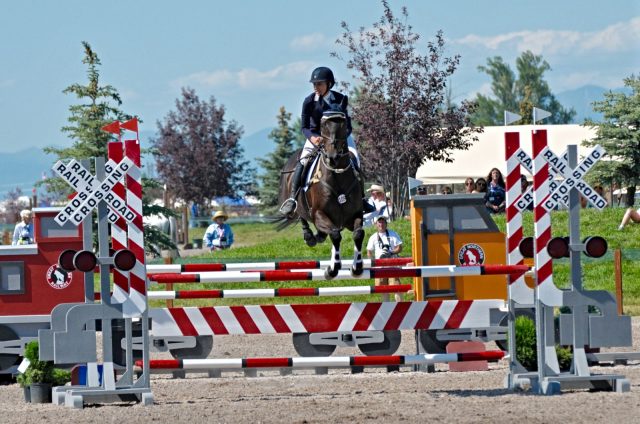 When Frankie showed up to the press conference, she still had a look of vague disbelief on her face: “God, I just can’t believe it.”

Frankie is tough on herself, also; a troublesome show jumping round earlier this year at Woodside Advanced had her rattled, although it sounds like an uncharacteristic glitch — brain farts happen, Frankie!

“I was just really disappointed,” Frankie says. “I just hold us to our standard, the best we can be, and this year my whole goal has been to be better in the show jumping. I’ve been dragging him to every jumper show I can and having Tamie help me every step of the way, and I called Tamie after Woodside, I was just so bummed out. Because it didn’t matter that we didn’t win, it was just a matter of I felt like it was one of our worst rounds when we’d been working so hard. I called her and said, ‘What am I even doing? What is the point?’ And Tamie said, ‘Your hard work is going to pay off, and you just have to trust that.'”

It paid off this week at Rebecca, in the form of a wire-to-wire win by way of a four fault show jumping round: “I tried to kill him at the Swedish, but luckily he is a survivor,” Frankie laughs.

Tamie turns to Heather: “You told me to do the six.”

Heather: “You’re right, but I didn’t tell you to do it THAT way.”

Tamie: “My brain doesn’t work as fast as yours.” 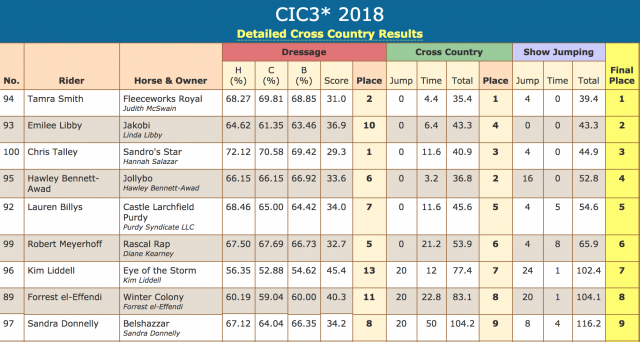 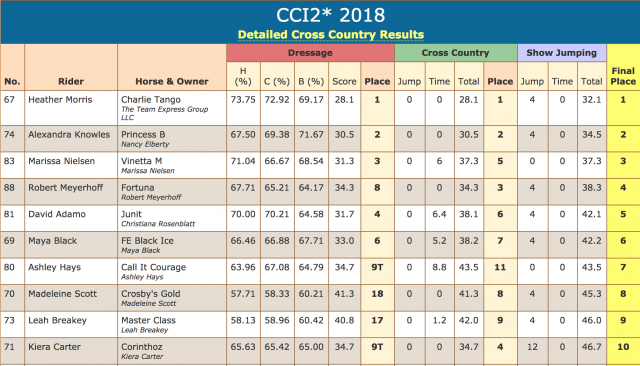 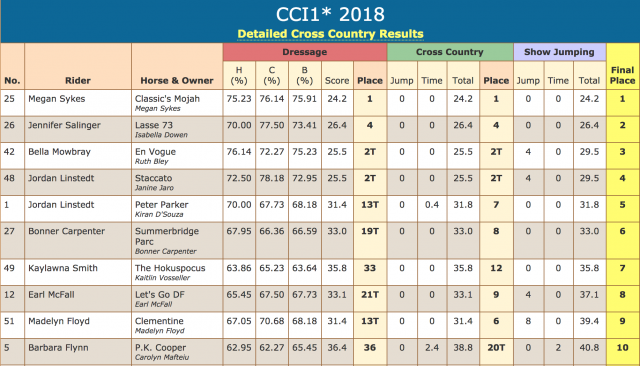