Welcome to EN’s newest series, “So You Want To Be A…”. In an ongoing effort to educate those interested in getting more involved in eventing, we’ll be highlighting jobs and positions that could always use more applicants. Do you have an eventing-specific job that you’d like to learn more about? Tip me by emailing [email protected] and Chinch will get right on it! 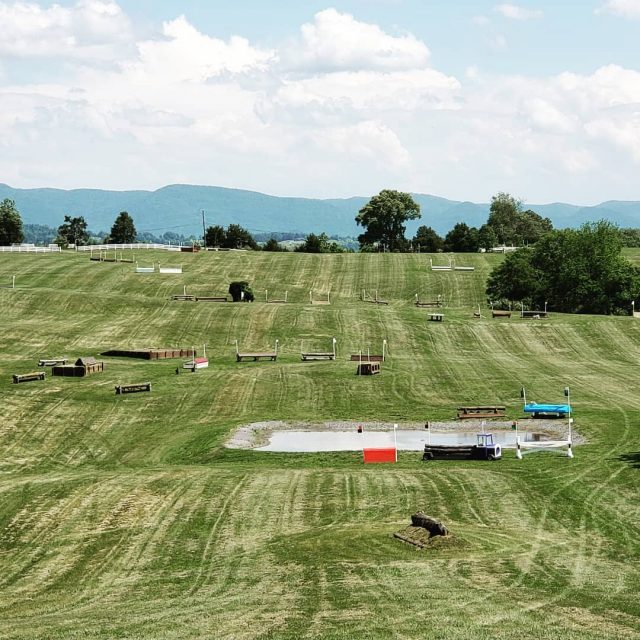 So, you want to be a cross country course designer. Great choice! The job of a course designer is no easy task, and it carries a huge weight of responsibility for safety of both horses and riders. A strong understanding of course design leads to safer courses, and all sports can greatly benefit from an influx of fresh thinking.

David Taylor first caught the course design bug after some deep thinking led him to seek out more avenues of involvement in the sport of eventing. “I wanted to be more involved rather than just being a participant who only takes from the sport,” David explained.

This notion led David to reach out to then-president of US Eventing, Rob Burk, to find out about ways to be more involved, to help give back. Rob, always willing to help someone who asks, set David up on the USEA Safety Committee. But David’s interests didn’t stop there. “I wanted to have a more personal impact,” he explained.

Cross country has always been David’s favorite phase, and it’s one he feels he understands well. “Cross country has always felt like it was written in my own language, but I wanted to learn more about it,” he said. “Even if I hadn’t become a designer, what I learned could still help me as a rider and a teacher, so I thought, ‘why not?’”

And so David signed up for a training session that was being held at Sporting Days Farm in Aiken. This is the first step on the road to becoming a course designer, which has three levels of designation through the USEF (“r” for Preliminary and below, “R” for Intermediate, and “S” for Advanced).

A prospective designer must attend a Course Design Training Session before beginning the next required step, which is an apprenticeship. For the “r” designation, the starting point, these apprenticeships must include a minimum of eight hours with two different designers. Passage of a final exam must also be completed before obtaining your first course design letter.

David completed apprenticeships with Tremaine Cooper, John Michael Durr, and David O’Connor — but he strongly encourages anyone interested in pursuing course design to just simply learn from as many people as they can. “It’s not just about fulfilling requirements,” David said. “You have to want to learn as much as you can from anyone willing to teach you.” He’s quick to name a slew of other well-known designers such as Derek di Grazia and Ian Stark as others who’ve lent him a word of advice or a moment of time.

Indeed, every designer has their own flair, their own signature style. And most, if not all, are usually willing to take on a shadow as they walk around their course or put finishing touches on.

The path to becoming a course designer does take some legwork as well as some personal investment of time and money — but the payoff is well worth it, David says. “It’s rewarding — and maybe a bit nerve racking at first! — to see riders take on the course that you designed, to see them answering the questions you’re asking.”

Once you learn about the intricacies of course design — the way just a few feet of undulating terrain can make or break a question, the subtle manner in which a designer asks horses and riders if they’ve prepared adequately — the possibilities are endless. “The adrenaline I get watching horses go around when I’ve done everything I can leading up to that point is just unmatched,” David said. “You just want the riders to do well and make the right decisions.”

Are you interested in obtaining your cross country course design license? Here are some useful links to get you started: