Welcome to EN’s series, “So You Want To Be A…”. In an ongoing effort to educate those interested in getting more involved in eventing, we’ll be highlighting jobs and positions throughout the sport of eventing and how these individuals found their paths. Do you have an eventing-specific job that you’d like to learn more about? Tip me by emailing [email protected] and Chinch will get right on it! 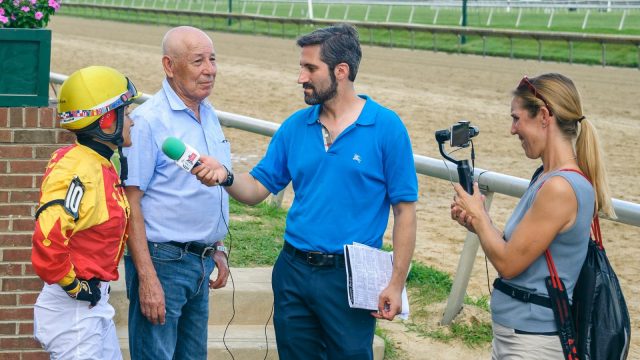 The stories created by sports are often unfolded as they happen by an announcer. Taught to call action, play-by-play or second by second, the announcer both informs and entertains those watching. Most of us can think of sporting calls that still echo in our heads. Larry Collmus’ call of American Pharoah’s winning of the Triple Crown in 2015 comes to mind as a recent example. It is the announcer who guides us through the action on every live stream and at every event we attend. Broadcast announcing brings stories to life in real time, and it’s the stories of the horses moving on from the racetrack that would eventually lead Jonathan Horowitz from racing to the sport of eventing.

Announcing is a passion Jonathan, 35, originally from Orange County, California, discovered as a young teenager while visiting Los Alamitos Race Course in Cypress with his family. While he wouldn’t label himself a horse person in those years, he was nonetheless drawn to the action that to this day is unparalleled in its quick intensity.

“The announcer at a sporting event plays an integral role in the fan experience in terms of giving information, getting people excited, and just being a part of the atmosphere,” Jonathan tells me now. He’s just finished telling me about his “moment of discovery”, when the general manager of Los Alamitos approached him that night after observing Jonathan practicing into a tape recorder, standing at the rail with binoculars in his other hand. He was just 14 at the time. 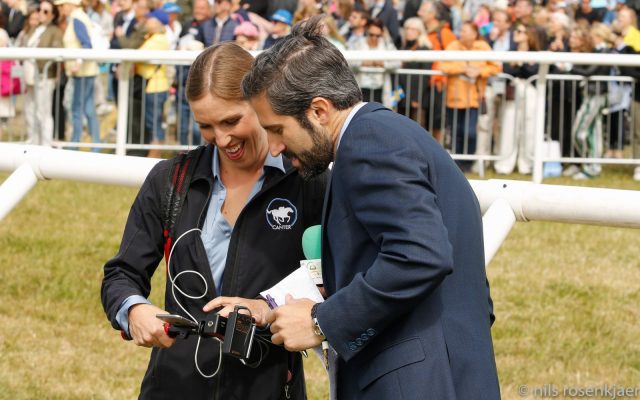 While he’d go on to study journalism at the University of Southern California later, he spent his early teenage years traversing the country — and even picking up a few gigs in Europe — as a track announcer. He became the youngest announcer to call a race in the U.S., making his debut on a Quarter Horse night at Los Alamitos at 14. One opportunity would lead to another, and soon Jonathan was stringing together announcing gigs on the regular. “It really was the dream job for me,” he recalls.

College opened more doors, the opportunity to announce at more mainstream sporting events. His horse racing experience, it turned out, served him well with its frenetic action that made a college football game seem like a chess match. “Horse racing probably has the most action in a short amount of time, and there’s so much to keep up with,” he explains. But what was challenging, he says, was the concept of spreading that play-by-play commentary out over periods, quarters, halves.

Jonathan didn’t expand his horse knowledge outside of the racing world until recently. His interest was piqued five years ago, when a representative from CANTER Colorado came to visit Arapahoe Park, the track where Jonathan had been announcing. It was through this connection that Jonathan would meet Ashley Gubich, whom he would marry a few years later. It was also through this connection that Jonathan learned more about the life of a Thoroughbred after its racing career is over. From there, a second passion was sparked. 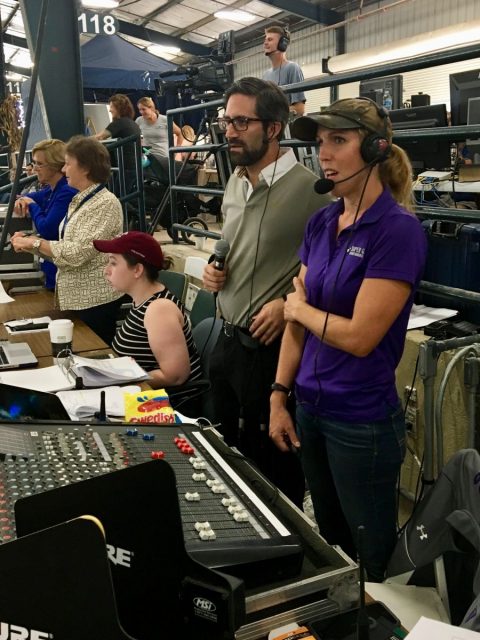 Announcing at the Thoroughbred Makeover. Photo by Mystic Pope.

“I knew enough about the horses to get by with announcing, but the truth is I didn’t know anything about what they did after their racing days were over,” Jonathan explains. “Every sport has to look out for the athletes when they retire, so when CANTER came to the track I got to see these horses after they retire. I got to take on the role of working with them and promoting what they were doing.”

The Retired Racehorse Project Thoroughbred Makeover was in its early stages, and in promotion the organization had kicked off a series of satellite competitions under the moniker of Most Wanted Thoroughbred. Colorado hosted one such show, and Jonathan volunteered to announce for it. Through that event, he was connected to the Retired Racehorse Project, which invited him to Kentucky to announce their first ever Thoroughbred Makeover event in 2015. He has announced every Makeover since, oftentimes with his wife Ashley by his side providing commentary. 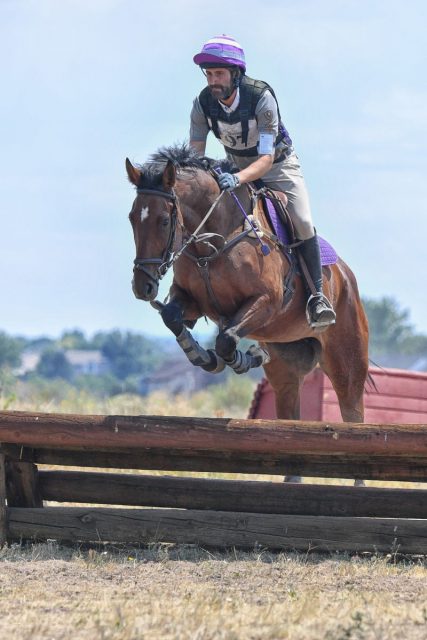 It was this exposure to the versatility of the Thoroughbred that spurred Jonathan’s desire to learn how to actually ride. And so at age 30, Jonathan took his first lessons and would eventually go on to purchase his first horse — an off-track Thoroughbred, nonetheless. It’s become a goal of Jonathan’s to compete at the Retired Racehorse Project Thoroughbred Makeover; a true full-circle journey.

He also finds himself announcing more events these days, peppering them in when he has an off weekend from calling races. He says he enjoys adding a little personality to his commentary, digging up bits and pieces about pairs on his order of go, paying special attention to the former racehorses. It’s become a way for him to connect with both ends of the sport that first called him to his career 16 years ago.

I asked Jonathan for his best advice for any other budding broadcasters out there. He calls to mind a conversation he had with one of his sporting idols, boxer Bernard Hopkins, about the art of announcing. “He said I’ll tell you what you need to do: you want to be accurate because you’re giving information people are relying on. You want to be professional because you are representing an organization or a sport. And third, you want people to listen or watch and know that it’s you and feel like you brought some of their enjoyment to the event.”

He says his style — which he is adamant that every broadcaster must have their own — is to “lift up what people are seeing, to make them excited about it and give them context and background.”

And ultimately, it comes back to storytelling. It will always be about the stories. “Sports have the best characters and the best plot lines,” Jonathan explains. “And I get to be the one to tell them.”