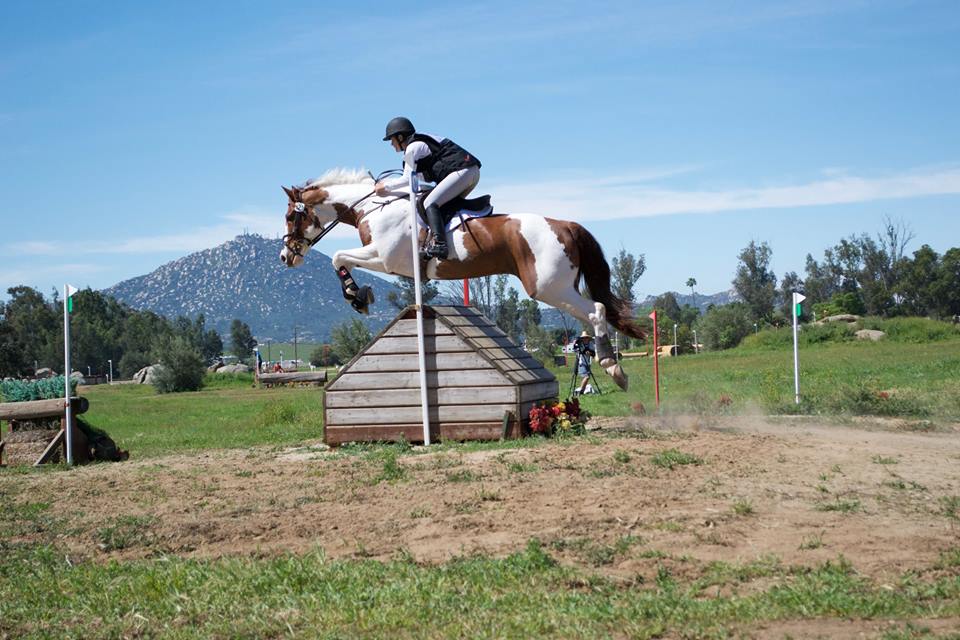 It was a perfect finish for the weekend in the land of Chill Vibes, as Nikki Ayers and Rubicon led and conquered the Advanced division wire to wire. Thanks in no small part to his genuine performance over cross country yesterday:

Tackled @coppermeadows Advanced today! His ears were up and in beast mode!! #rubicon #goteamred #crazylegs #advancedeventhorse

Nikki had three rails in hand going into show jumping today and ultimately put two of them to use on a tricky course, but managed to keep her spot atop the leaderboard. Having now slayed the dragon at Copper Meadows, Nikki has a lot to look forward to for the remainder of the spring. “We’re probably going to do the two-star at Galway Downs – I wanted to do the three-star, but (coach Hawley Bennett) is not going to be here, and I feel it would kind of be smart to have my coach there for my first three-star! After that we’ll be headed to either Woodside or Colorado.”
Bunnie Sexton and Rise Against also maintained their position in the standings, finishing second after taking one rail down with them and making the time. Robyn Fisher and Look Again claimed third with a rail of their own.In the Open Intermediate, Taren Hoffos and Gustav put in a clutch double-clear show jumping round to take the victory today on home turf. Barb Crabo and Waterford brought down just one heartbreaker of a rail to finish a close second in the division.

In Open Preliminary, Christi Payne and Maxwell Smart were the only combination in the division to go double clear in both jumping phases, securing her victory in a loaded division on a 25.7. Barb Crabo nabbed another red aboard Madison Collin’s Pippin with a nearly flawless weekend (just 1.2 time faults in cross country) to finish on a 33.5. Third went to Leah Breakey aboard her own Master Class.

The lower levels finally got their chance to run the cross country today, and the sailing looked fine. See the full social media round-up below!

While Bunnie was going and having a great ride Brooklynn looks at me and goes, “Wow, I want a horse like that when I grow up!” Me too Brooklynn! Thanks for being so kind all weekend and taking a picture with Brooklynn after your SJ round Bunnie! Congrats on a great weekend! A post shared by GPH Equestrian (@gphequestrian) on Mar 19, 2017 at 2:03pm PDT

made our way around novice for the first time and so happy ending up in 3rd, we love Copper!! really proud of the whole millcreek team starting off the season positively A post shared by cailida // cole (@glfeventing) on Mar 19, 2017 at 2:56pm PDT

I am so, so thankful for this pony!!! ❤Still trying to figure out if he’s actually real Threw a shoe in SJ warm-up today which gave me a slight panic, but he went on to jump double clear to finish our 2nd Preliminary in 4th place, adding only some XC time to our dressage score Love him to pieces, and can’t wait to see where the future takes us☺️ #usequestrian #jointhejoy #prelimpony

Couldn’t be prouder of Daisy this weekend! She was so rideable and well behaved. I’m excited to see this girl and @trinityeventing kick butt at prelim #patinadcf #prettygirl #forsale A post shared by Megan Compton (@eventer_megan) on Mar 19, 2017 at 12:43pm PDT

Guinness on Draft leaving just a little extra room for Chloe Smyth yesterday at @coppermeadows A post shared by Sophie’s Dad (@eventing_dad) on Mar 19, 2017 at 10:56am PDT

Just me and the bugs!! #volunteering #coppermeadows #eventing #horse #love #me

Super day at Copper Meadows cheering on and working on Event horses. Thanks @therockhousecouture for the photo! Thanks @kellyartz for having an eager and awesome mare⭐️️ #eventing #jumpingday #coppermeadows #usea #equinebodywork #makeitbetter A post shared by Jodi Heaston (@kinesthesiaequine) on Mar 18, 2017 at 9:41pm PDT

Some of today’s stadium, naughty pony decided that running at fences was super cool But no refusals, which is a huge improvement from last event A post shared by jmk (@ottbs_n_pitties) on Mar 18, 2017 at 3:54pm PDT

And this from Team SAMnYAMKA today!…. Novice level 7th out of 21…finished on their dressage score…

Odie and Lulu are packing.

Odie was perfect. His rider had a rail.

And finally, this super sweet video to Hawley Bennett, Canadian Olympian now based out of Copper Meadows, who is heading to Rolex next month and is getting a lot of love from family, friends, and fans! 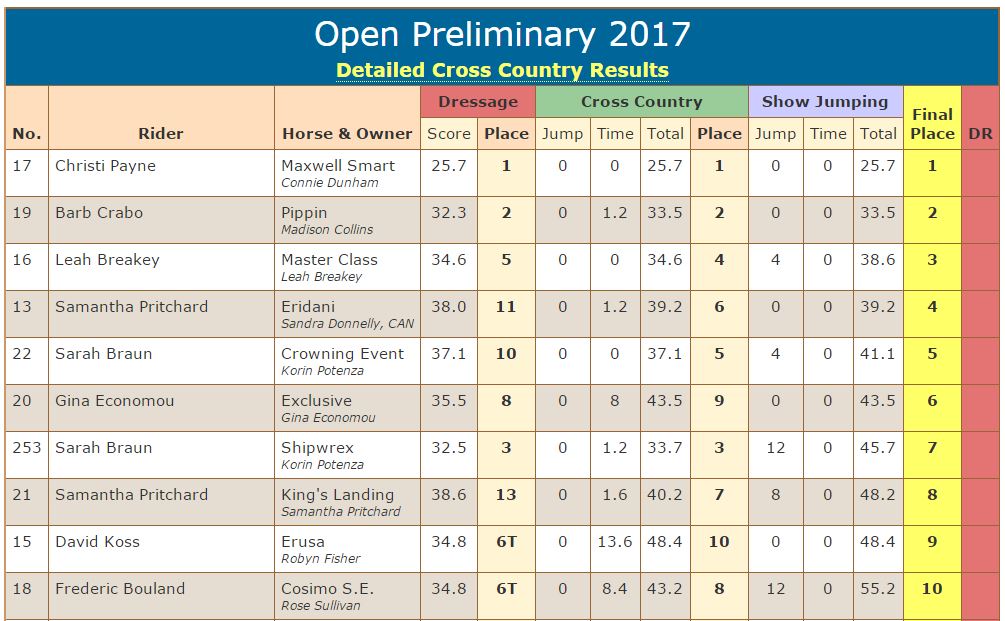