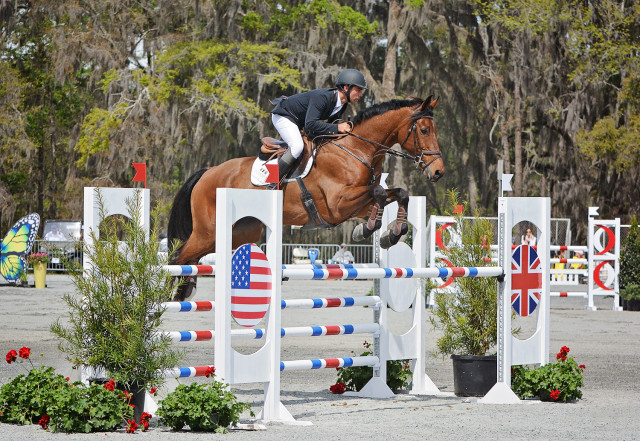 Dom Schramm and Bolytair B. Photo by Jenni Autry.

Equestrian Australia has updated their National Squads for Eventing, with two U.S. based riders making their mark in the upper levels, and one young rider included on the Youth Squad.

Dom Schramm makes the list with the Naked Horse Eventing Syndicate’s Bolytair B, an 11-year-old Dutch Warmblood gelding who has been consistently moving up the levels and making a splash since the two first paired up in late 2015.

Dom and Boly made a successful Advanced debut at Pine Top in February and followed up with another good start at Red Hills — they had clean cross country runs and finished in the top ten at both. The two are entered in the Carolina International CIC3* this coming week.

Ryan Wood also makes the list on mutliple horses, and is poised to make a splash in 2017 with these three geldings: 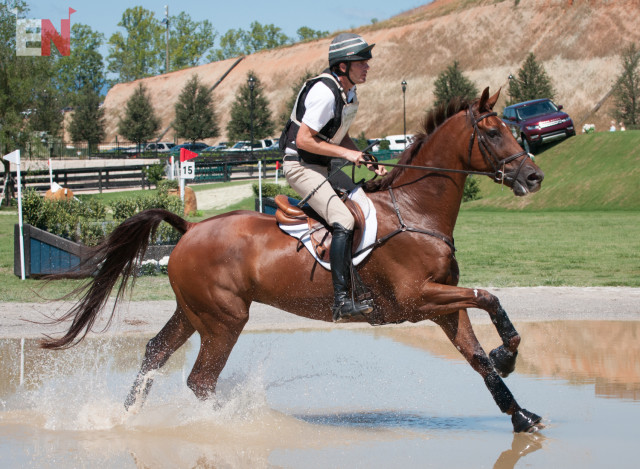 Woodstock Bennett and Powell have been consistent partners for Ryan with solid top finishes; Notable scores for Powell include a second place finish at Fair Hill in 2015 in the CIC3* and a win at Jersey Fresh in the CCI3* in 2016. Woodstock Bennett has been equally strong, nabbing podium spots with a win at Bromont last year in the CCI3* and finishing second at the AECs in the Advanced Division.

Fernhill Classic made his Rolex debut last year and jumped out of his skin in cross country to finish without jump penalties, and the horse is poised for another strong season, having just made a top 20 finish at the Wellington Eventing Showcase in February. Ryan confirmed to EN that “Classic” will compete at Rolex again this year.

In the Youth Squad, U.S.-based Ema Klugman and Bendigo are well positioned to be included in the future of eventing;  The pair have been together three years and this past fall claimed sixth place in a competitive CCI2* division at Virginia. The Duke University student keeps up a string of horses and a full course load with no sign of slowing down. (Read an EN feature about Ema’s fascinating life from when she was 15 here.)

The National Recognition Squad is part of Equestrian Australia’s High Performance Strategy, which was developed to encourage a higher caliber of elite performance across not only the equestrian disciplines, but all Olympic sports. In addition to the recognition squads, which have a strict criteria for eligibility, we should soon expect to see an announcement about Equestrian Australia’s High Performance Squad, which will be developed with the long range goal of the Tokyo 2020 Olympic Games in Mind.