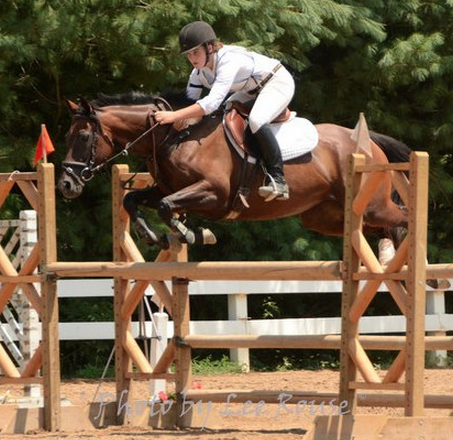 How Did You Get Started in Eventing? “I first learned to ride in Nairobi, Kenya, because my mom works for the World Bank so we lived there when I was young. My mom is from Australia, and she was a really keen pony clubber there, so she got me started at a local riding school in Nairobi when I was 7 years old. It was a really great place to learn to ride, plus lessons were only $2 an hour! I became completely obsessed with it, and I rode a naughty pony named Hedgehog whom I adored. Eventually I got good enough to go out hacking through the tea and coffee plantations of Kenya with some friends. I got my first pony while I was there, and she was very cheeky, she used to jump out of her stall door all the time. I began competing in Nairobi a bit, but they only really do Show Jumping. There isn’t really proper Eventing, but they have Cross Country classes at the shows where you do a Stadium round, then jump out of the arena, do a short course of cross country jumps and then jump back into the arena for more stadium. I did some of that, and I loved it.” 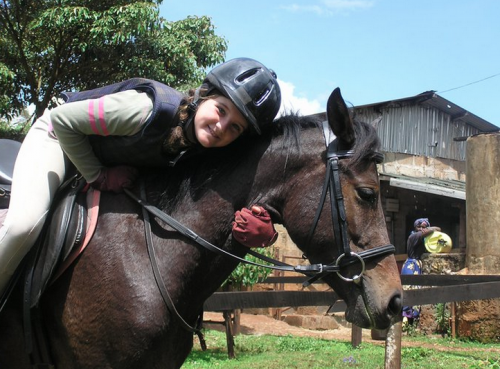 Ema with her first pony in Kenya

“They don’t really do much dressage in Kenya though, so when I moved back to the States I had to learn some of that. I bought a little Morgan horse and we did just about every possible discipline, like Polocrosse and Games, but she also got me started in real Eventing, and we competed through Novice as well as C3 rating in Pony Club.”

“I was lucky enough to find Kaylah last year. She’s a gorgeous little mare owned by Katie Sunderland, who competed her through the 2* level, and I’m leasing her while Katie is in school. She’s so tiny, and she’s quite the mare, I’m not sure everybody would like to ride her. She’s incredibly quirky. When you jump her it feels like a bomb has gone off underneath her! She’s wonderful to learn on though, because obviously everything is so easy for her.”

Recent Accomplishments? “I moved up to Training level this spring, which was very exciting. Kaylah is obviously very experienced, so she jumped around really well. I’ve done quite a bit of show jumping, I won the Upper Level Trophy at our Regional Rally, and then we went to Nationals at the Virginia Horse Center, where our team won first place overall. Kaylah clinched it with four clear rounds at 3’9 and 4’.”

“Las summer I was a working student for Jade Findlay in Australia, she owns the horse that Chris Burton took to the Olympics, Holstein Park Leilani. She is an incredible horsewoman and it was amazing to spend a few weeks with her riding her young horses and learning. I really enjoyed it, and it was nice because it was the Australian winter when I was there, so the temperature was wonderful.” 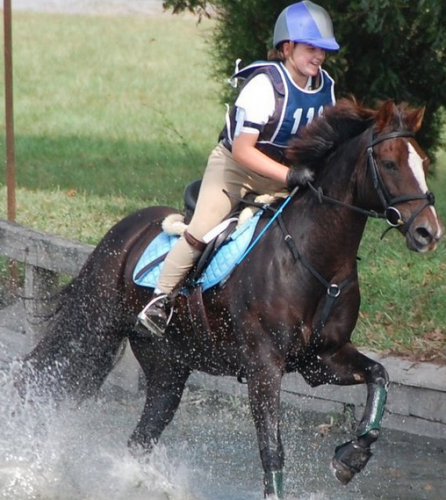 Ema at her first real Event, on her Morgan pony

Favorite Thing About Eventing: “I know it gets a bit old, but the cross country is obviously my favorite. I really love stadium, because I’m more experienced there, but I don’t love it enough to do straight show jumping. On cross country, I like to pretend that I’m the man from snowy river on the downhills, and the best part is that you get that smile on your face at the end of your course, it’s like this inevitable grin that takes over.”

Plans for the Future? “I will keep Kaylah through the spring, and then in the summer her owners want to breed her, so she goes back home. I’m planning on moving up to Preliminary and hopefully I’ll be able to complete a few before she goes on to become a mom.”

“This is going to work out really well though because I’m mostly too tall for her now anyway, and I just bought a bigger horse a few days ago that I’m really excited about starting in the Eventing world. His name is Ben, and he’s a 10 year old Trakehner Thoroughbred cross, and he’s done a lot of Show Jumping, but he was owned by an amateur so he’s still quite green. He’ll start out in the spring at the lower levels, and hopefully move right up.”

“I think doing NAJYRC would be really cool, but I can’t really tell you about the “real” future. Eventing is such a thrill, and it’s obviously the most fun that I have doing anything, but I want to keep my options open. There are a lot of things you can do in life.”