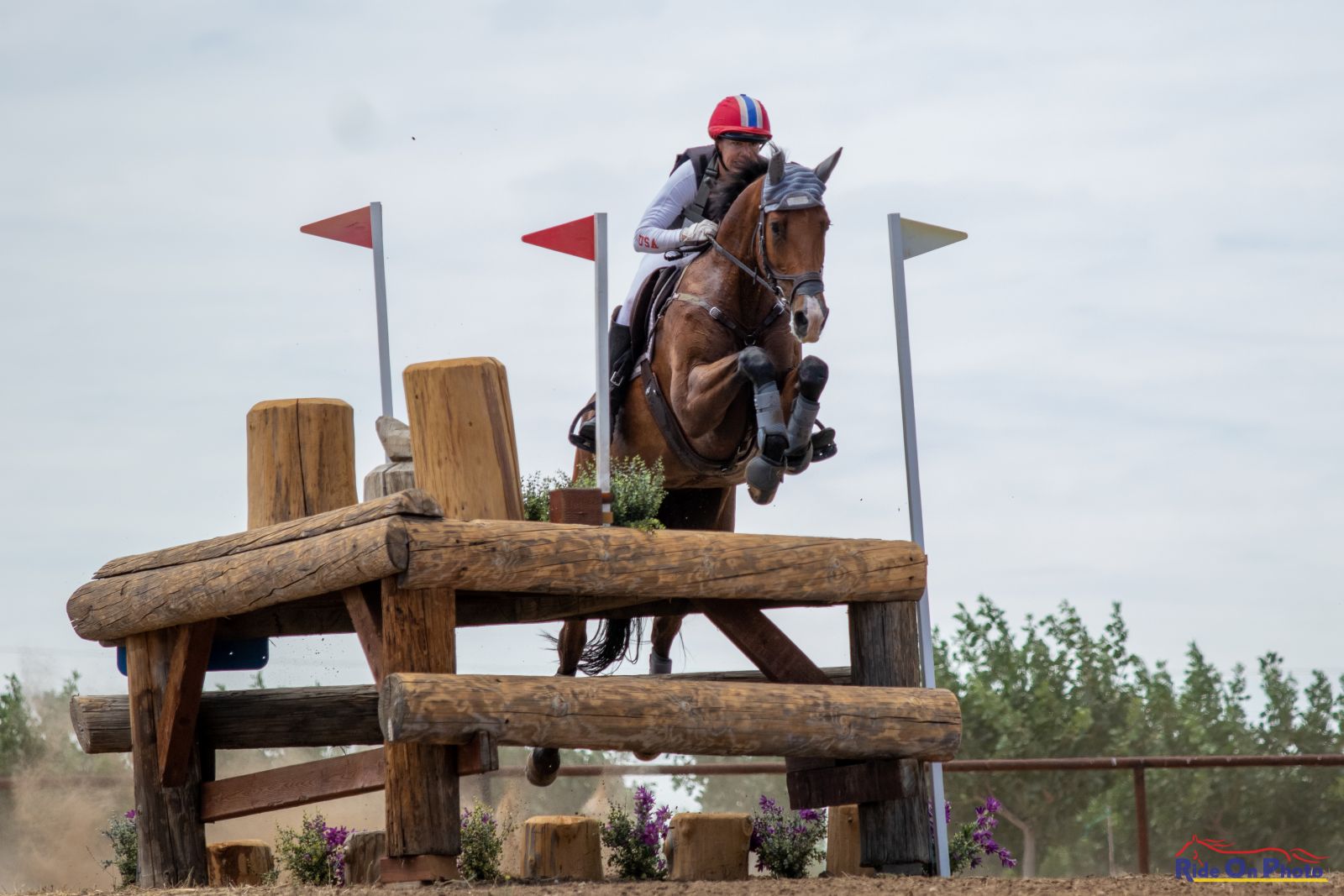 Tamie Smith and Solaguayre California. Photo by Ride On Photo.

After traveling the world last year and campaigning on the East Coast to start this year, Solaguayre California (Casparo x Solaguayre Calandria) returned to competition in the home state of her rider, Tamie Smith, to win the Advanced level at the Twin Rivers Summer Horse Trials held over Fourth of July Weekend in Paso Robles, California.

The Twin Rivers Summer Horse Trials marked the two-year anniversary since Smith took the mount on Solaguayre California and won at the Preliminary level at this event in 2020 aboard Julianne Guariglia’s bay Argentinian Sport Horse that used to compete in 1.3-meter show jumpers in Argentina.

“We’ve definitely been going at a steady uphill speed,” Smith said. “She’s awesome. It’s great to have a horse like her because she’s the real deal.” In the 2022 Twin Rivers Summer Horse Trials, they jumped clear and added just time penalties to their dressage score of 29.8 to finish on a score of 35.4.

“She was super,” Smith said. “She was great in all three phases. She really has matured a lot from her East Coast trip.”

This time last year, Solaguayre California and Smith were preparing to compete at Arville in Belgium and Boekelo in the Netherlands. “She handled it like a champ, a very exciting horse for the future,” Smith said. “It’s still a new partnership. It’s only my second year competing and riding her, and she was going Training level when I got her.” 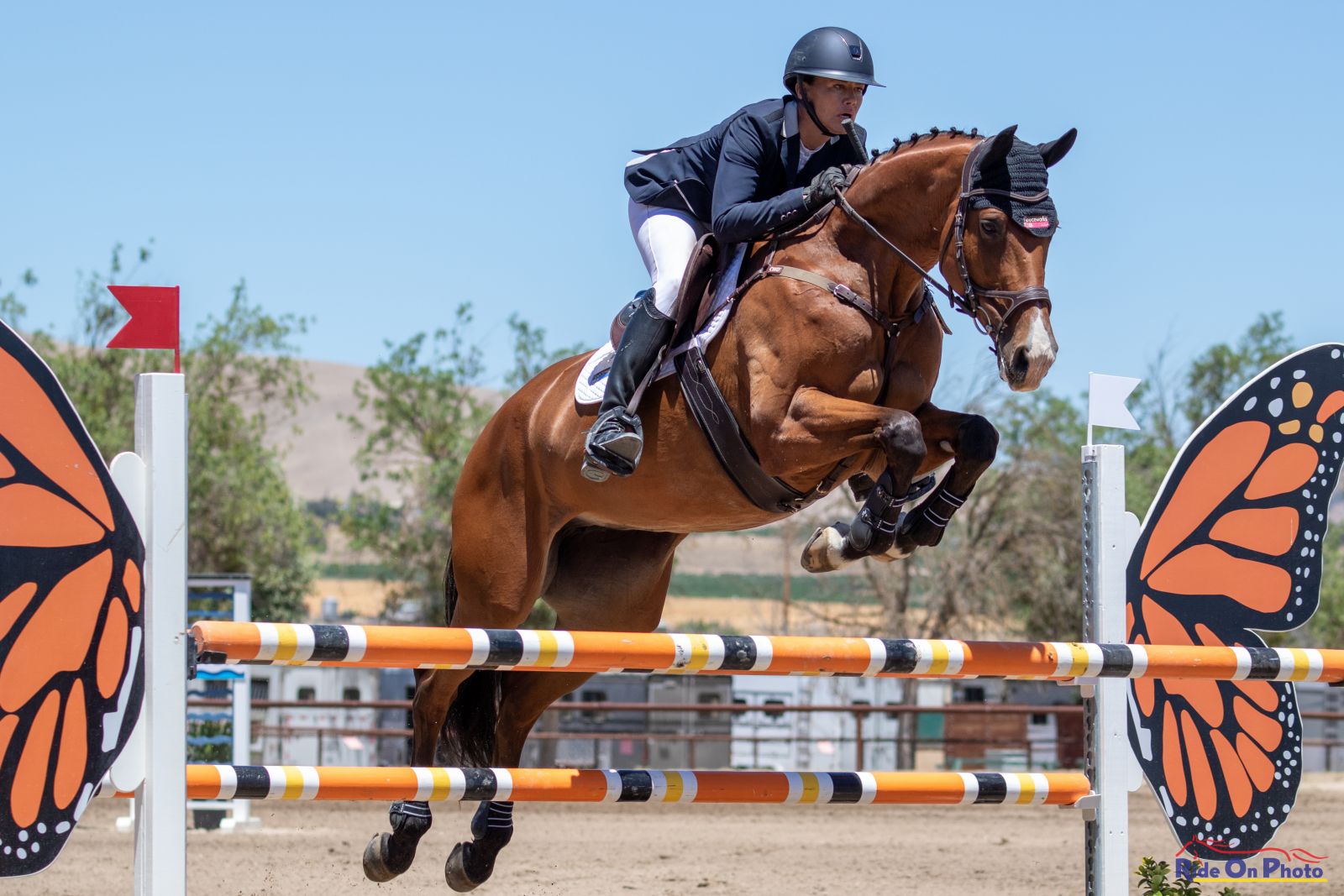 Tamie Smith and Solaguayre California will tackle the 4*-L at Rebecca Farm this month. Photo by Ride On Photo.

Now 11 years old, Solaguayre California’s next event will be the CCI4*-Short at The Event at Rebecca Farm in Kalispell, Montana. “She’s a bit new to the level and she traveled to the East Coast this spring, so we were trying to get her a run—she hasn’t run since Kentucky in April—so get her out of the box and get her going before the fall season starts,” Smith said.

Finishing second, third, and fourth at Advanced at the Twin Rivers Summer Horse Trials were a trio of horses ridden by James Alliston. Alliston Equestrian’s 10-year-old Holsteiner gelding RevitaVet Calaro (Camiros x Tanner) was second with a score of 35.6. “That was only his second Advanced, so he’s moving up, and I’m really happy with how he’s taking to going Advanced,” Alliston said.

Alliston Equestrian’s 8-year-old Canadian Warmblood Nemesis (by Novalis) was third at 37.5. Helen Alliston’s 13-year-old Hanoverian gelding Paper Jam (Paparazzo x Reely Jamin XX) was fourth at 39.1. Coincidentally, all three of Alliston’s horses finished the Advanced cross country course designed by Morgan Rowsell within a second of each other’s time. Nemesis and Paper Jam are entered in the CCI4*-Long at Rebecca and RevitaVet Calaro in the CCI4*-Short there.

“I love doing the Twin show three weeks out from Rebecca,” Alliston said. “It’s a really good tune-up and fitness for the horses doing the ‘Longs’ at Rebecca. The ground is nice at Twin, so you can give them a quickish run there.” 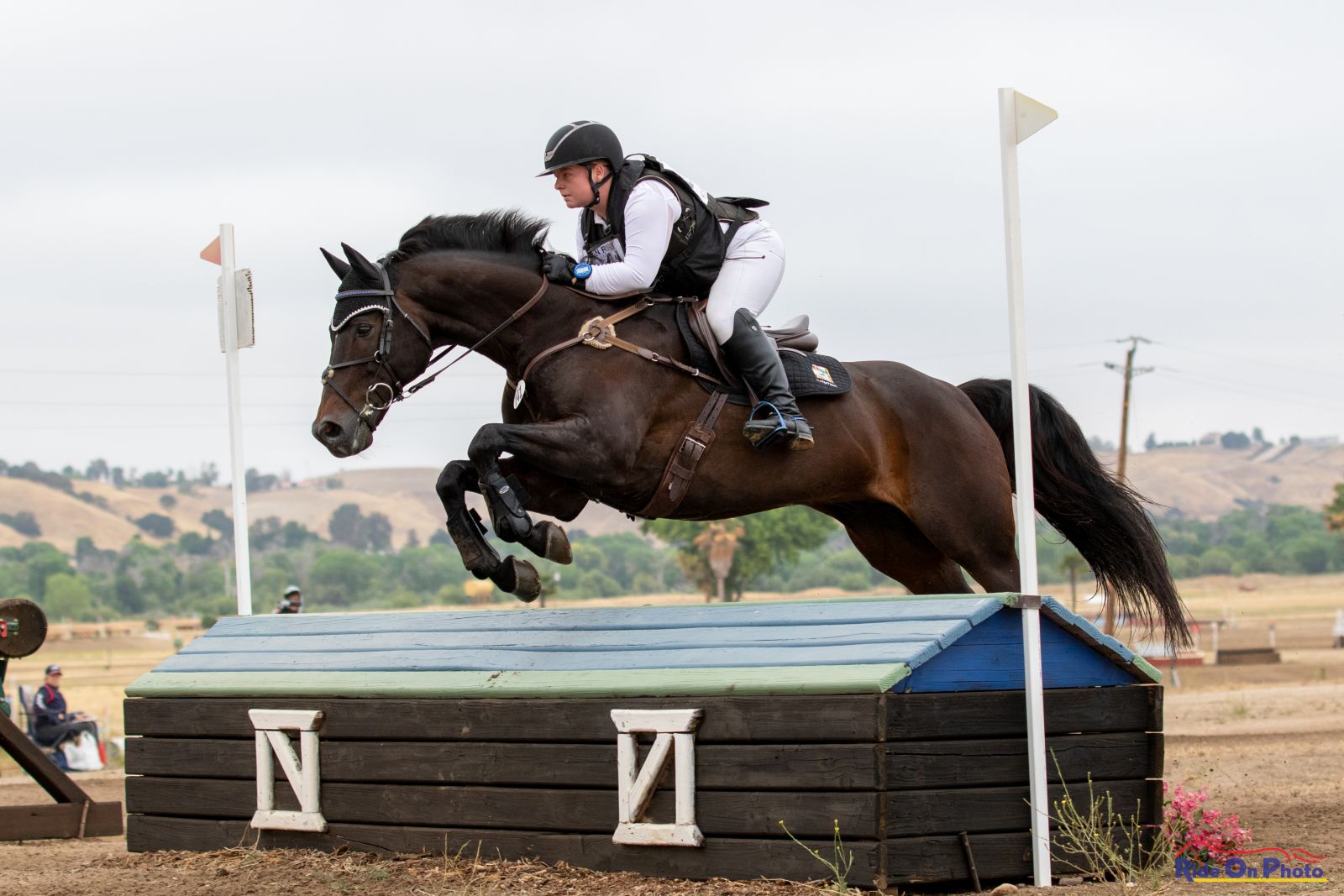 Sophia Johnson and Arogorn’s Elegant Falcon took third in the Junior Novice at Twin. Photo by Ride On Photo.

The 2022 Twin Rivers Summer Horse Trials also served as the United States Pony Clubs Eventing Championships West. Of the five horses and riders that took part across the Novice and Beginner Novice levels, the top finishers were third-places by Sophia Johnson aboard Arogorn’s Elegant Falcon (by Beyond Time) in the Junior Novice Rider division and by Ryann Bodman and Mohikan (Midnight Lute x Indiam Slipper) in the Senior Novice Rider A division. Bodman and Johnson, with Kayla Bentham as stable manager, were part of the winning Camino Real team.

“Smooth, great, fun, energetic, what Pony Club is supposed to be like, a positive experience,” said Stacey Bodman, the mother of 19-year-old Ryann.

The full list of winners from the 2022 Twin Rivers Summer Horse Trials: