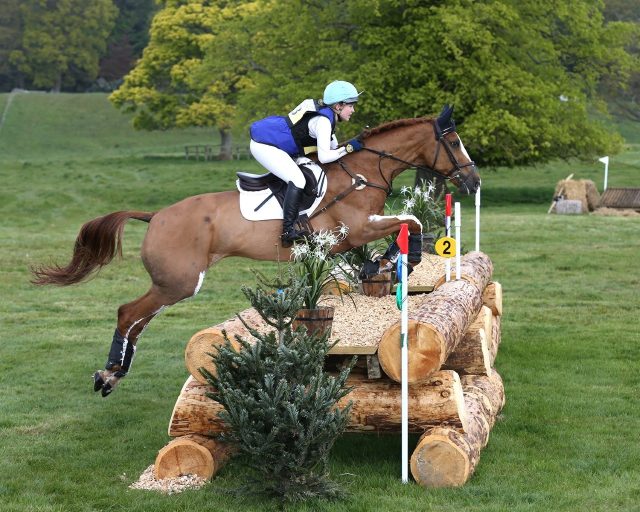 As we’re all achingly aware, the generous patronage of sponsors is truly the lifeblood of our sport – and after a couple of fallow seasons, we’re so excited to announce some major new partnerships and really exciting additions to the British eventing calendar in 2022.

The first of these is a long-awaited grassroots championship for BE80 combinations (that’s Britain’s equivalent of Beginner Novice, for anyone tuning in for this news from across the pond!). Though BE90 and BE100 (akin to US Novice and Training) riders have long been well-represented with the Science Supplements Cup championship at Badminton Horse Trials, the BE80 championships have been in something of a state of flux since their introduction in 2018. That year and the following year they were held at national venue Kelsall Hill, and although an exciting move to Burghley was planned for 2020 onwards, the pandemic meant that this never happened.

Now, though, all is well in championship land, and our BE80 riders will have just as much prestige and glamour to look forward to for their championship venue as their BE90 and BE100 counterparts. This year, and in 2023 and 2024, the BE80 National Championships will take place at the Equi-Trek Bramham International Horse Trials (7-12 June), with dressage to take place over the Tuesday and Wednesday, and both jumping phases will run on Thursday. This gives competitors the chance to soak up the atmosphere and mingle with some of the sport’s leading competitors, while enjoying their own dedicated competition area in the grounds.

This new home for the championship was announced at the tail end of 2021, and now, it has gained a suitably big-time sponsor in NAF, already a major supporter of British Equestrian and one of the UK’s leading supplement and horse care companies.

“We couldn’t be happier to be welcoming NAF on board as title sponsors for the championship,” says Helen West, CEO of British Eventing. “[They] have consistently been long-time supporters of equestrian sport on the whole, as well as being an official partner of the British Equestrian Federation, with whom they also assist [in delivering] the Clean Sport Message. We look forward to working alongside the team at NAF as well as the team at Bramham, who are committed to giving our members a fantastic championship event to remember.”

For this year only, there will be a direct qualification route to the event. From 2023 onwards, the system will return to qualifying classes at Area Festivals. To qualify for this year’s championship, you must meet the following criteria:

In other exciting sponsorship news – and, indeed, returning fixture news – Scotland’s Floors Castle International Horse Trials is making a welcome return after the sad announcement in 2020 that 2019’s renewal was its last run. Floors Castle, which is the ancestral seat of the Duke of Roxburghe, is best known in horsey circles for being the family home of 2018 Blenheim CCI4*-L winner Bella Innes Ker – and also for being the site of what’s widely considered a jolly good event. Now, with a new organising team in place, helmed by event management company Kick On Events, it’s back and planning to be better than ever. Helping it along enormously is new title sponsor The Malcolm Group, a family-run logistics, construction and maintenance company that celebrates its centennial in 2022. We can’t think of a better way to mark the occasion than a seriously good eventing knees-up, frankly.

“We are delighted to be supporting Floor Castle as it is an event which is dear to our hearts, and my wife Fiona and I have ridden there for many years,” says Andrew Malcolm, CEO of the Malcolm Group. “It is a premier event in an amazing location and we hope to see it go from strength to strength.”