In the market for a new four-legged partner? You may find your unicorn on our sister site, Sport Horse Nation. To help with the search, we’re going to feature a selection of current listings here on EN. We include the ad copy provided; click the links for videos, pricing and contact information.

What do you get when you cross the toughness and bravery of a Connemara with the blood and heart of a Thoroughbred or the sportiness of its fellow countryman, the Irish Sport Horse? The ideal event horse! This week we’re drooling over five Connemara crosses that tick all the boxes, especially for a rider on the petite side like me — all stand under 16 hands. Four are located in Ocala, three of which are at Peach Stone Sport Horses, if you fancy a shopping trip!

A reminder to register your Connemara crosses with the American Connemara Pony Society as Connemara sport horses so that the ACPS can document successes of the breed and its crosses. 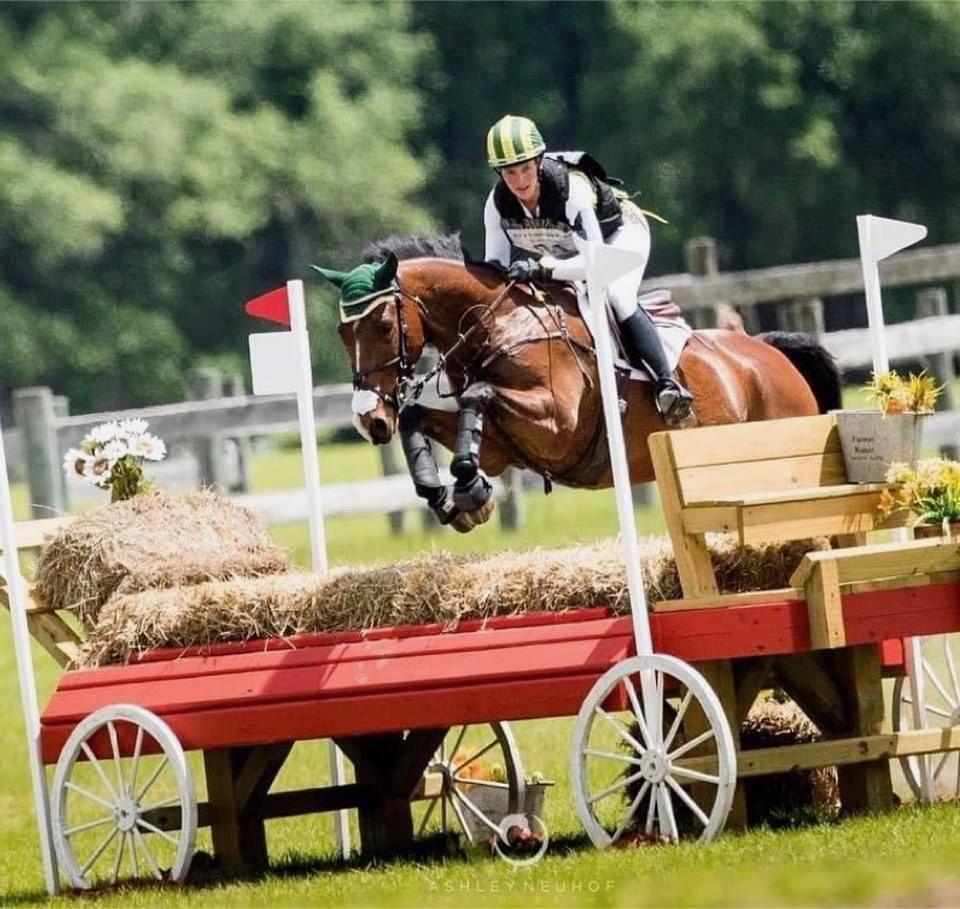 BT Just A Rebel is for sale! Rollo is a 2011, 15.3 conn x tb gelding. He just won the open prelim at the August Festival of Eventing at GMHA. He has extensive intermediate and 3* mileage (with multiple results), and has won USEF Connemara of the Year two years in a row. He is aimed for a 3*-L this fall if he’s still here. In your pocket personality, loves his job, a pleasure to have in your barn.

Lenny is a 7 year old 15.2 hand Connemara/TB cross, recently imported by Justine Dutton with an extensive clean vetting. Absolutely beautiful with an amateur/junior friendly temperament and three lovely paces. Lenny could go in any direction: eventing, jumpers, or straight dressage. With fox hunting and jumping miles in the UK and Ireland, he’s brave to the jumps while also being very easy to rate. He hacks out alone or in company and is very easy in the barn; great with the vet and farrier. With his lovely kind personality and obvious athletic ability, he’s going to make someone very happy. Sadly for sale due to unforeseen change in owner circumstances.

Available to try in Groton, MA with excellent trial facilities. 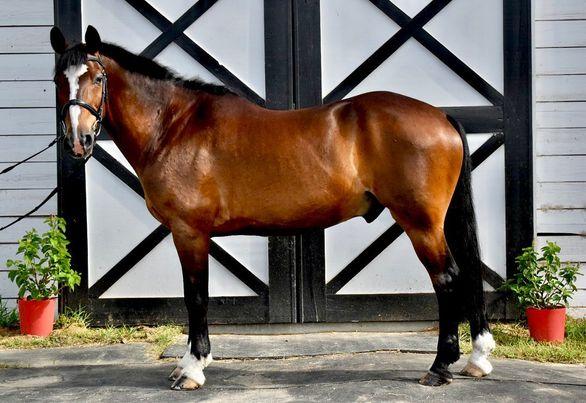 Boomer is so laid back and so much fun in all ways. He is the barn favorite! Not much fazes him and anyone can ride. He hunted and competed at training shows in Ireland and is now competing at schooling shows here in the U.S. (Update Aug. 24th: Just completed a three-phase on his dressage score!)

Brought on by amateur lady and he loves his people! Also had professional dressage training and could easily do straight dressage — nice mover but also brave to the jumps! Full five-stage vetting!

No vices, easy keeper and a super horse for Adult Amateur or Junior Rider who want to go out and get noticed! 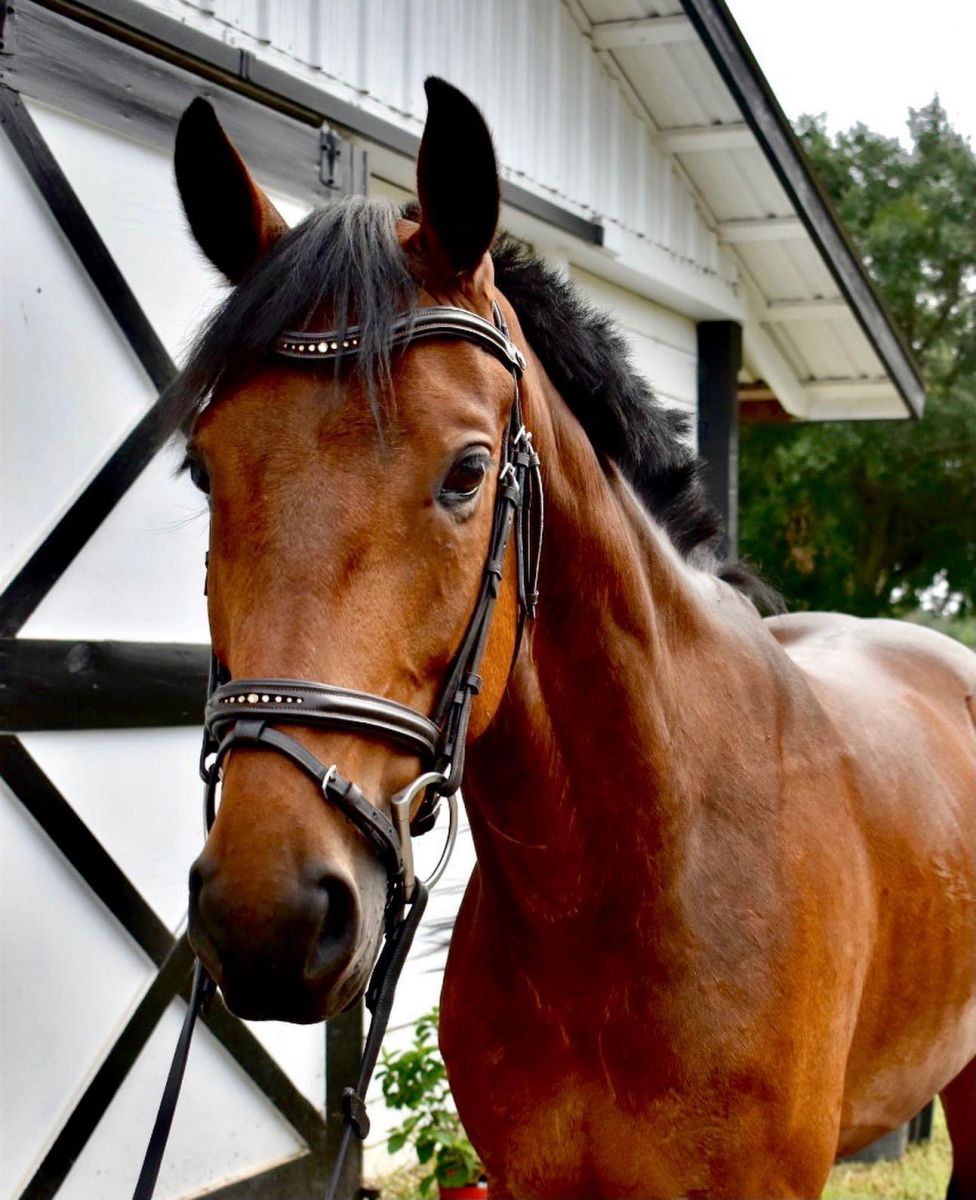 2017 15.3 by Carnabay Mirah by Westside Mirah out of Irish Moon charm mare!

Impeccably bred rising five-year-old Connemara x Irish sport horse gelding recently imported and ready to start his career! Super sporty type with plenty of blood that could go very far in the right hands! Archie was bought direct from his breeder in Ireland. Types like this are very very hard to come by with an amazing trot and canter! Archie has had a proper start — lightly cross country schooled and jumped around various courses. Full five-stage vetting available and more videos upon request. 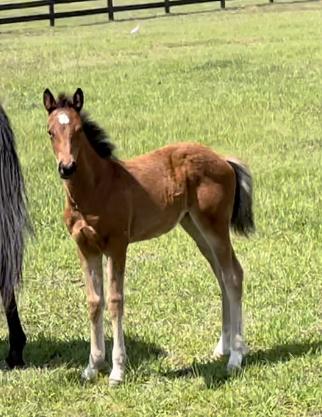 About her Dad: Bred in France, Coud’Poker (Cooper) is by Westide Mirah II. Cooper’s dam is by Quitus de la Loue (Dexter Leam Pondi) and she is out of a Don Juan V x Naughty Van Graaf Janshof mare. International and Grand Prix ponies can be found on both sides of his pedigree. His dam line boasts Grand Prix ponies such as Ni Oui Ni Non Tartifume and Violin II. His sire Westide Mirah II (WM2) needs no introduction, having jumped several Grand Prixs with child riders, currently jumps with an adult in the 1m25 and has won a 1m45 Puissance. His grandsire Westside Mirah is one of Ireland’s most successful sire of showjumping ponies.

She is available either now with her momma as a package deal or later this year after weaning. She is extremely friendly and has big expressive gaits with plenty of bone! We expect her to mature in the 15.3-16 hand range.

Listings included in this article are randomly selected and confirmed to be current and active before inclusion. Sport Horse Nation features user-generated content and therefore cannot verify or make any warranty as to the validity or reliability of information.