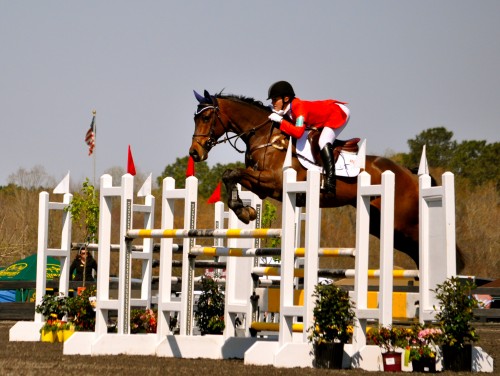 In celebration of the amazing athleticism of the Thoroughbred breed, we here at EN love to promote their accomplishments in their second careers as Event horses. With Rolex coming up, there’s nothing more exciting than thinking about the ex-racehorses who will be contesting the toughest 3-day event in North America. There’s just something about being able to take a horse who for the first part of his/her life knew only how to canter on one lead and possibly gallop in a straight (ish) line, and then teach them the intricacies of one of the most complex and athletically challenging sports possible. CANTER Mid-Atlantic compiled this list of all seventeen entrants who embody the breed from one country or another, and I thought I’d share it with all of you. Who do you think was the most successful racehorse of the bunch? The least? Read on to find out!

OUR QUESTIONNAIRE: ridden by Heather Gillette (USA)
1996 New Zealand-bred gelding registered as “Questionnaire,” by Westminster out of Strike a Pose. He had 13 starts and was placed. 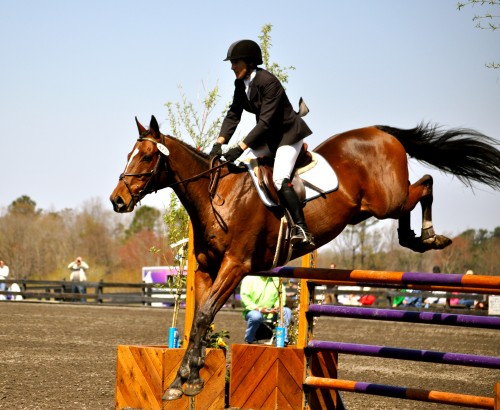 IRISH DIAMONDS: ridden by Micheline Jordan (CAN)
1998 Canadian-bred gelding by Diamond Sword out of Diamond Lane. 8 starts, just over $5K in earnings

DAILY EDITION: ridden by Kendal Lehari (CAN)
1998 Canadian bred gelding by Hotoffthepress out of Daily List. Bred for racing, but unstarted

SHIRAZ: ridden by Colleen Rutledge (USA)  **Note: withdrawn from Rolex to run at Badminton**
1999 U.S.-bred gelding who originally ran as Bold and Burley, by Gallipiat, out of Bold Blossom. 14 starts, $10K+ in earnings

DONNER: ridden by Lynn Symansky (USA)
2003 U.S.-bred gelding by Gorky Park out of Smart Jane. 58 starts with over $31K in earnings

CLIFTON LUSH: ridden by Jonathan Paget (NZL)   **Note: withdrawn from Rolex to run at Badminton**
1999 New Zealand TB by Half Iced, out of All for Love

SAL DALI: ridden by Beth Perkins (USA)
1998 American-bred TB gelding by Valdali out of Fittingly raced 12 times under the name “Mr. Glaisyer” and won just over $4,400

EXPONENTIAL: ridden by Jessica Phoenix (CAN)
Canadian-bred TB raced 44 times under the name “War Buckaroo” and is by War Deputy out Misspent Bucks and won $44K

2000 US bred gelding with the Jockey Club name of “Devils Dante”.  Unraced, by Devil’s Toy out of Class Reunion.