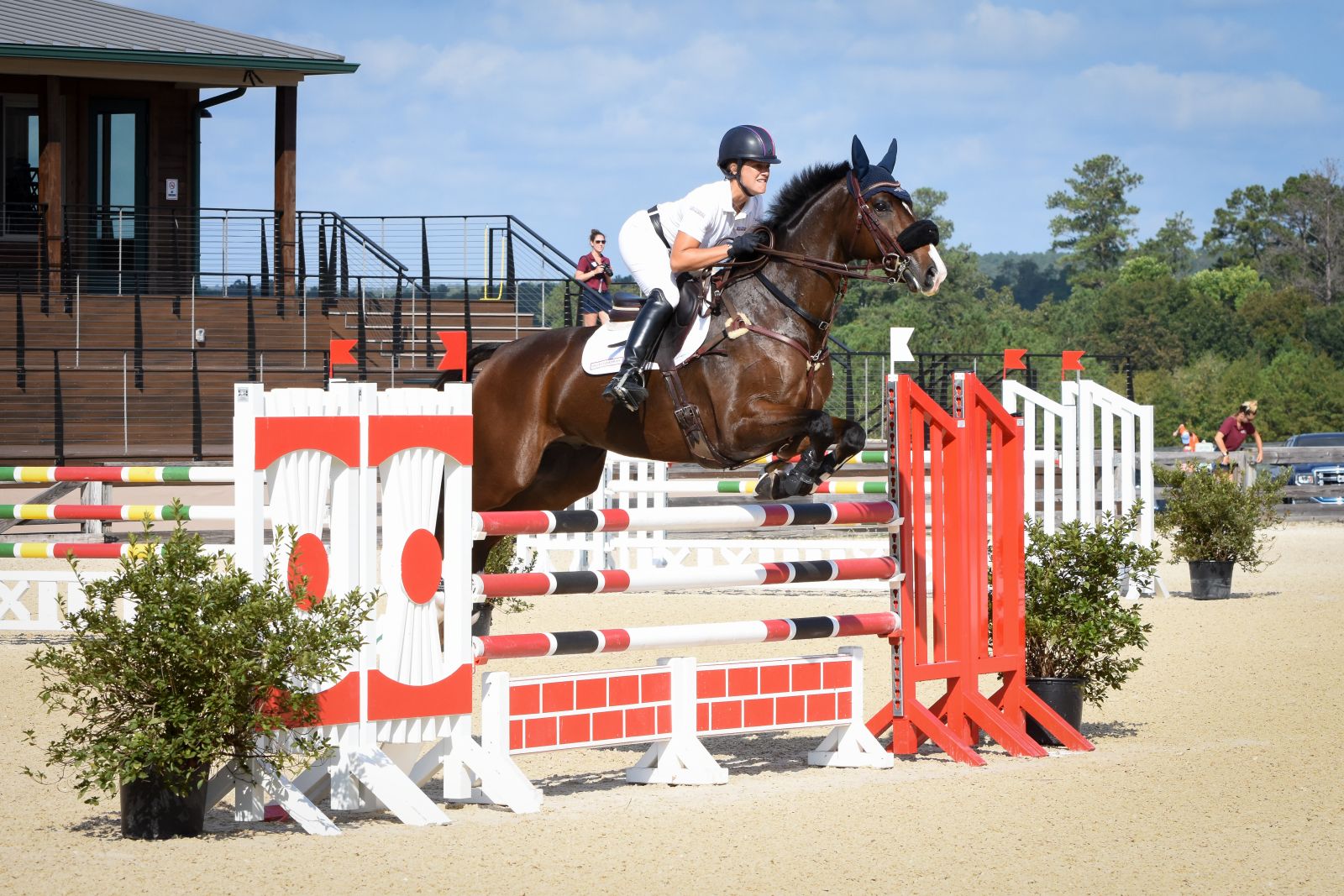 Stable View Oktoberfest is firing on all cylinders today with show jumping and cross country running simultaneously through most of the day. We’re right in the heat of it now, but here’s your fast-and-dirty recap of the action so far.

Lynn Symansky and RF Cool Play are still leading the CCI3*-S division after a double clear round over Chris Barnard’s show jumping course. The Donner Syndicate’s10-year-old German Sport Horse (Condors Champion x Roxana, by Radscha) was first to go, making the track look deceptively easy as he sailed around bang on the time allowed to remain on a score of 24.8.

They’ll be the first out on cross country at 12:03 p.m., but Lynn says she’s looking for a positive run in their first outing since the Pan Ams, so she doesn’t have plans to chase the clock. 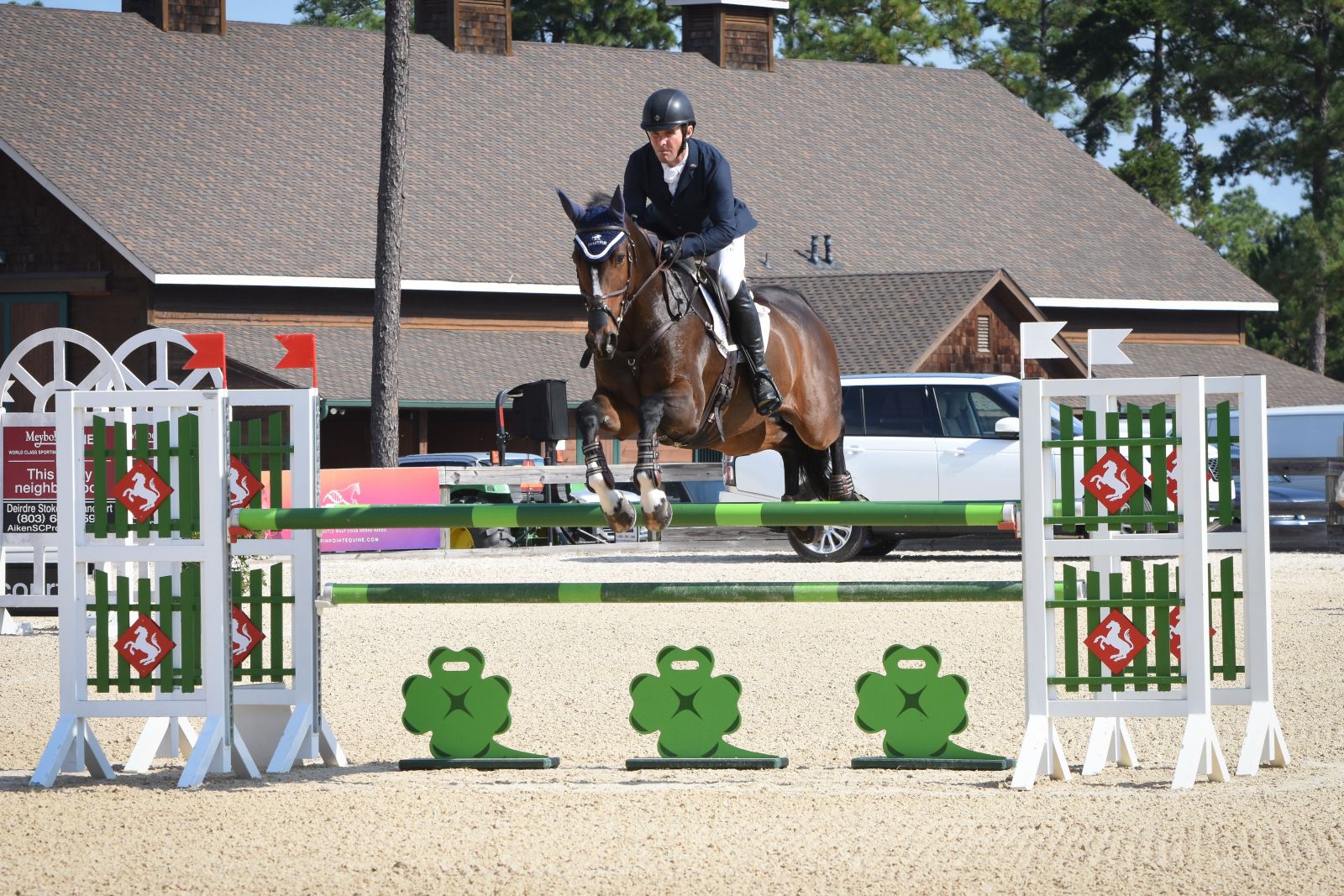 We’re only a little over halfway through the three-star show jumping, so the top two are decided, but all the rest is still up for play. 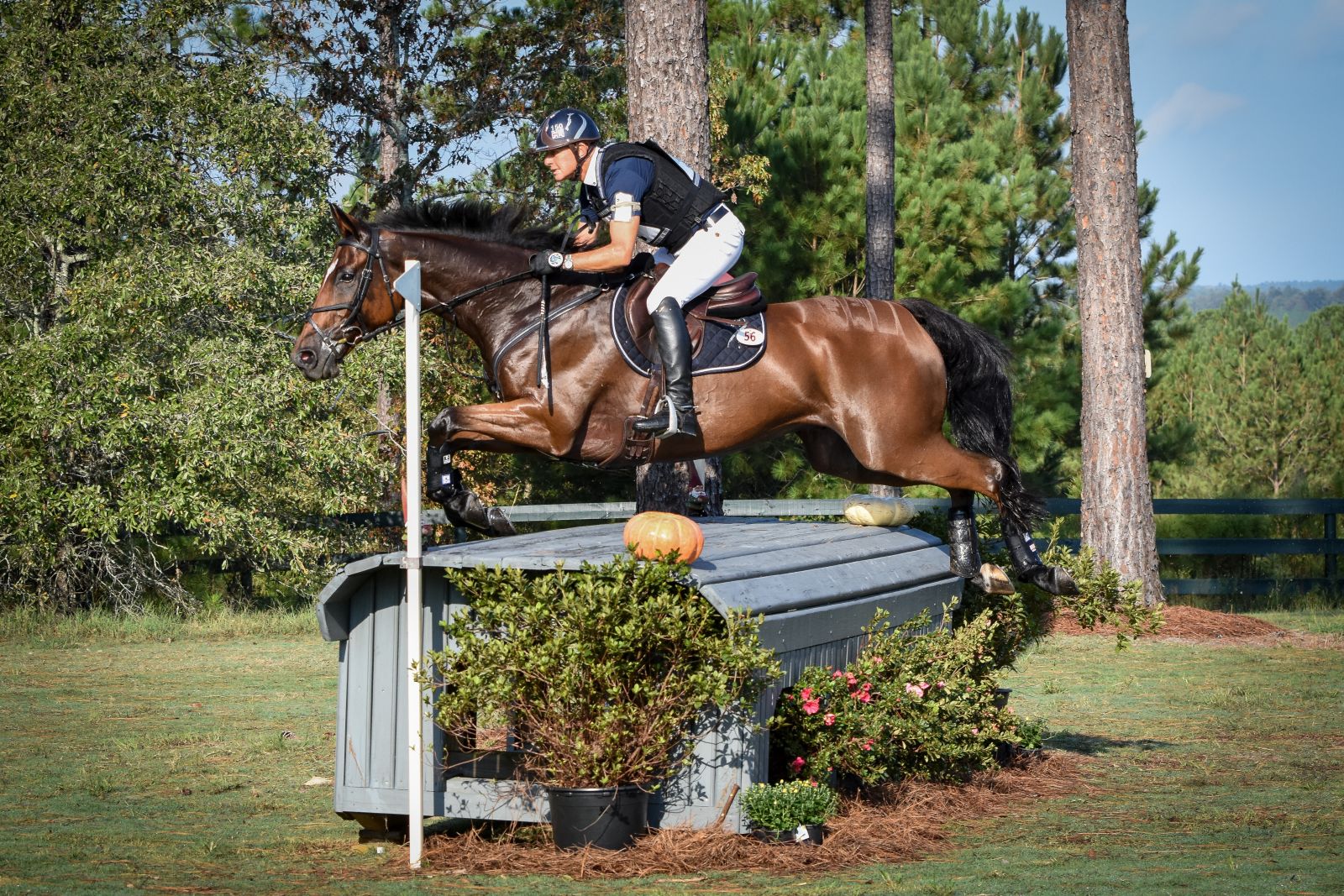 Leslie Law secured a win in the competitive CCI2*-S class with Tout De Suite. Beatrice Rey-Herme’s 12-year-old British Sport Horse (Catherston Liberator x Welton Edwina, by Welton Crackerjack) added nothing to his dressage score across either jumping phase for a final result of 23. 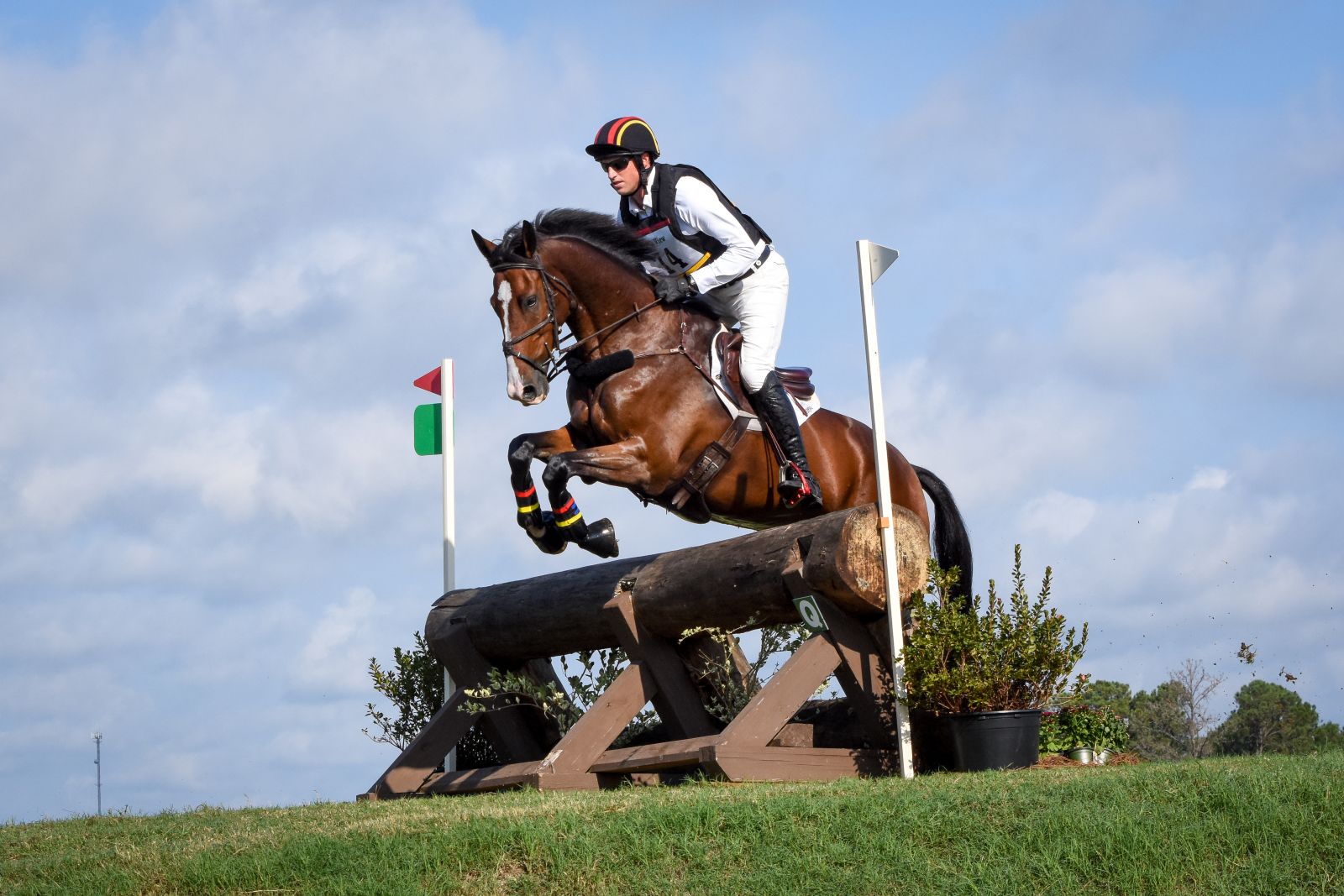 Doug Payne earned second place with Baymax, both still on their dressage score of 23.9. Will Faudree moved up one spot after cross country with Hans Dampf, ending the weekend on a score of 24.3.

We’ve got much more coming at you from Stable View, so keep it locked on EN for all the latest. 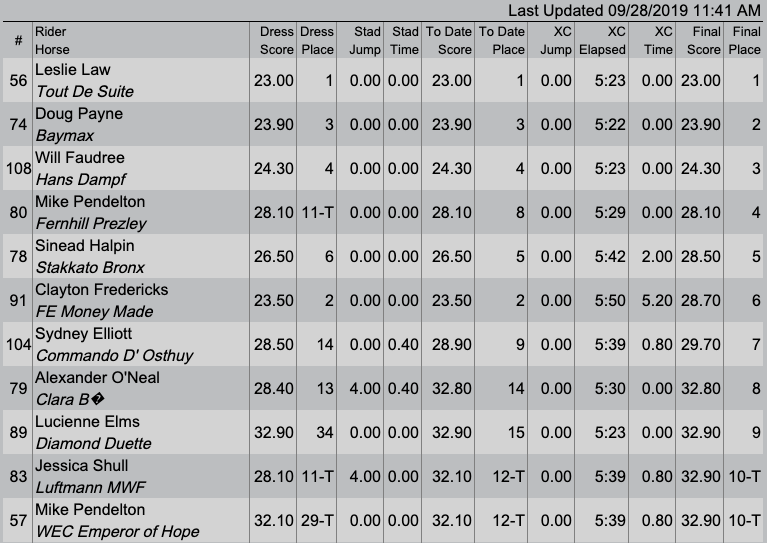