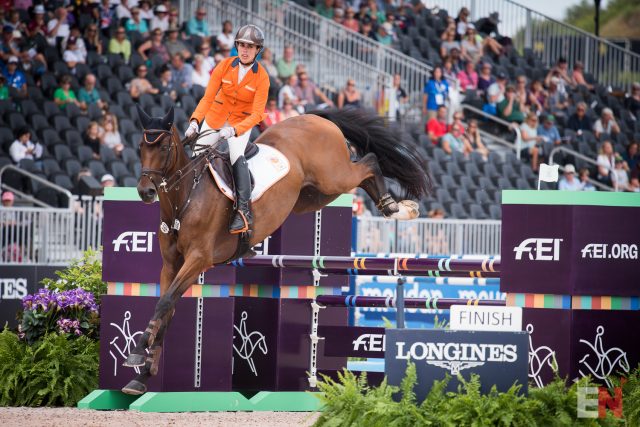 Merel Blom and Rumour Has It N.O.P. Photo by Leslie Threlkeld.

We’re sad to report that Merel Blom‘s Rumour Has It N.O.P. has passed away following an extraordinary career and a short, happy retirement.

“With a deep sadnesses I have to announce that my biggest friend Rumour has It passed away,” said Merel in a statement on her Facebook page (May 18). Though Merel didn’t “I’m incredibly sad that it wasn’t meant to be to enjoy a long and happy retirement for Rumour at my yard. Rumour meant the world for me. Thanks for all the amazing adventures, Sjimmie.” 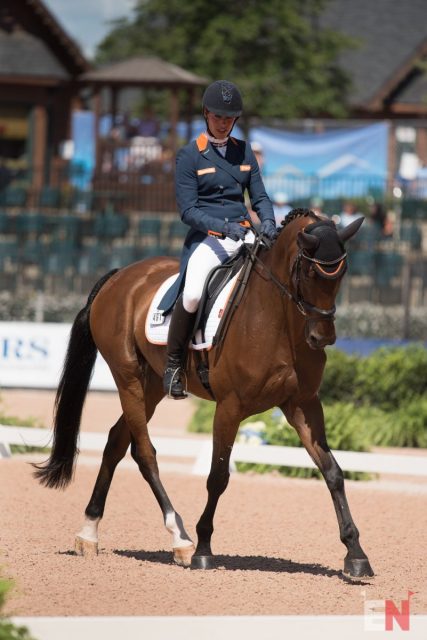 Merel Blom and Rumour Has It NOP (NED). Photo by Leslie Threlkeld.

Both Merel and ‘Sjimmie’ have been stalwart members of the Dutch eventing team, representing their country at the 2014 World Equestrian Games in Caën, where the team finished in bronze medal position, and again in 2018 at Tryon, where they finished 16th individually. They would notch up a top-twenty finish in the Rio Olympics in 2016, too, as well as contributing to a strong team finish at the 2015 European Championships at Blair Castle. 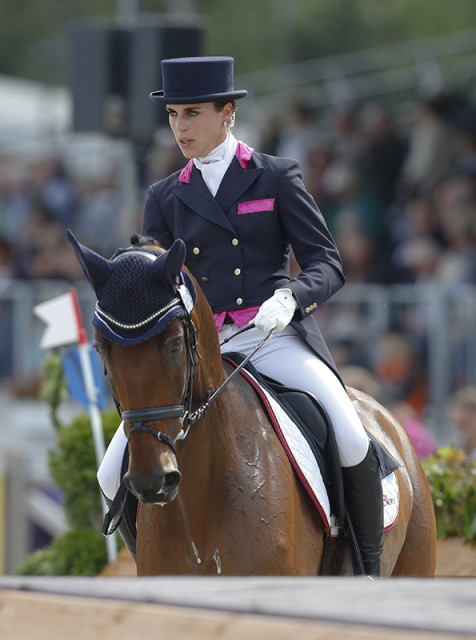 Merel Blom and Rumour Has It at Luhmuhlen. Photo by Julia Rau.

“It went very quickly. Last night he got colic, last night it seemed to be going in the right direction, but this morning he got into shock and we decided to put him to sleep. The chance of success of an operation was very small and the prospects afterwards were not good either,” said Merel in an interview with the Dutch federation. “Then it is very sad, but then you also have the task of choosing the interests of your horse. It hurts a lot, and I would have liked to have given him a long retirement, but it was not meant to be.”

The Holsteiner gelding (Esteban xx x Onara, by Candillo) completed 34 international competitions before his retirement was announced after the CCI4*-S at Luhmühlen in 2019. Beyond his many championship appearances, Sjimmie also enjoyed clear rounds at six five-stars, with his best results coming at Pau and Badminton; he finished 13th at the French five-star in 2012 and nabbed the same result at Badminton in 2014.

That exceptional Pau result was the five-star debut of both horse and rider, and won then-26-year-old Merel and nine-year-old Sjimmie the HSBC Bursary for the best level debut of the competition. Remarkably, Sjimmie had only been eventing for two years at that point; Merel had bought him as a six-year-old with some jumping experience in Germany and, alongside studying for her degree in law and finance at Rotterdam University, produced him through his career change. En route to that career-defining five-star debut, they completed Bramham and represented the Netherlands at Aachen, too.

All of us at Team EN extend our deepest sympathies to Merel and all of Sjimmie’s connections.