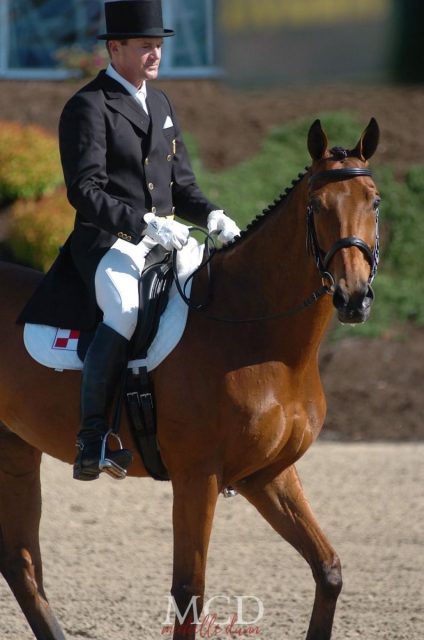 Stephen Bradley and From. Photo by Michelle Dunn.

Stephen Bradley’s longtime partner, From, a Russian Thoroughbred gelding owned by Charlotte Harris, has passed away at the age of 28. Together, Stephen and From competed in Brazil at the 2007 Pan American Games and also completed Kentucky three times, finishing in the top 10 twice. Stephen and his team released the following statement:

It’s with great sadness that we share the passing of our beloved From.

Stephen and From, a 1993 Russian Thoroughbred, traveled the world together, including being on the Gold Medal team at the 2007 Pan American Games in Rio de Janeiro, Brazil. He completed the Kentucky CCI4* (now 5*) three times, placing 5th in 2004 and 9th in 2008. Throughout it all, he was always cheered on by his supportive owner Charlotte Harris, and his best friend and stablemate Brandenburg’s Joshua.

“From had a personality that was as big as his talent. I am so thankful to have been a part of his life, and am grateful to everyone that made that possible.” Stephen recalls, “Even when they were both competing at the highest level, From and Brandenburg’s Joshua were always turned out together and traveled together. Having them both going at the same time was one of the highlights of my career.”

From was so lucky to have Tracy Mathews caring for him for the past several years. While he was initially meant to be Tracy’s partner in the hunter ring, he made himself at home in her barn and never left.

Tracy shared, “From was a legend for sure, and hands down the nicest horse I have ever had the pleasure of riding. Many thanks to Stephen and Charlotte for entrusting me with this special horse for so many years.”

And we would all like to thank Dr. Theiss for her quick response when From started to colic, and making his passing peaceful.

Go hug your horses today! And if you have a favorite From memory, please share!

The Eventing Nation team sends its condolences to all of the team that loved and cared for From throughout his life.