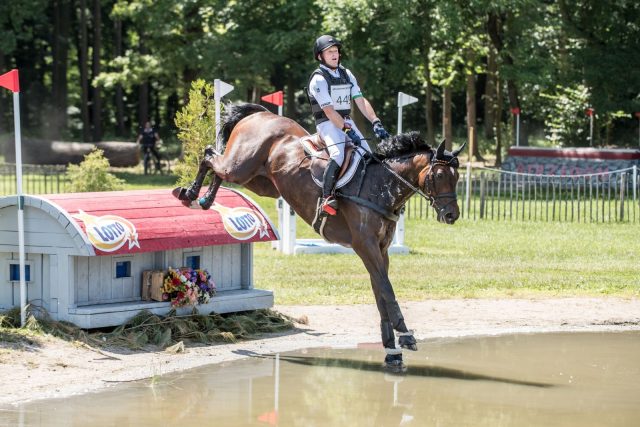 The cross country course at Poland’s LOTTO Strzegom Horse Trials shook the FEI Nations Cup leaderboard, but not quite hard enough to dethrone Germany, who top the team standings, lead by Michael Jung and fischerChipmunk FRH who are currently the best in the CCIO4*-S.

The bombshell partnership between Michael and the 11-year-old Hanoverian (Contendro I x Havanna, by Heraldik xx), who is owned by the DOKR, Klaus Fischer, Sabine Fischer and Hilmer Meyer-Kulenkampff, is still young, but already fruitful as they finished second at the Baborowko CCIO4*-L last month. With two time faults added they carry 25.2 points into the final phase.

“fischerChipmunk is an amazing horse. It is a wonderful feeling to ride him. In the dressage he was really good. In cross country, full of energy, jumping very good everywhere. I still do not push him too much forward. We are still working on our good partnership; we need to grow together to make a good team. I am very happy with him, he was jumping very good,” Michael said

Dressage leaders Tim Lips and Bayro, a 13-year-old Dutch Warmblood gelding (Casantos x Vanya, by Corland), were 4.4 points on the slow side to move into second place on a score of 27.4.

The fastest round of the day went to third-placed Ben Hobday and Shadow Man. Finishing four seconds over the clock, the pair currently hold a score of 28.7.

Ben is the best of the Brits, who are currently second in the team standings with 114.1 points. The Netherlands sit third on 122.7. 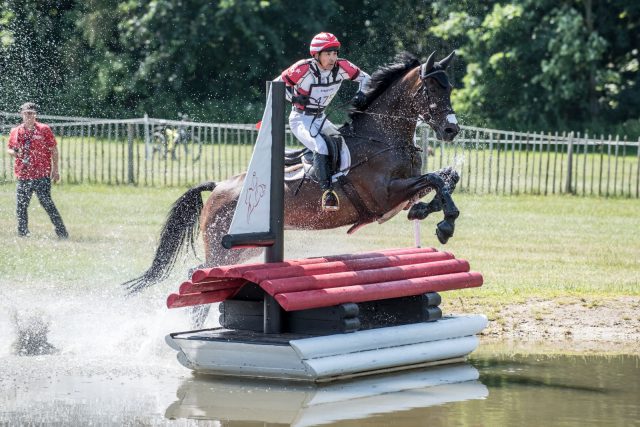 Yoshi Oiwa is sitting pretty in the CCI4*-L with Bart J LRA after a dominating cross country performance that has them leading the division — the only pair still on a sub-30 score.

The Japanese Equestrian Federation’s 13-year-old KWPN (United x Parisma, by Gribaldi) didn’t pick up any penalties in the second phase to remain on his dressage score of 29.4 in his long format debut at this level.

“The cross today was technical enough. There was a lot of gallop between the fences, so probably if you have a fast horse it is easier to have good time,” Yoshi said. “My horse has a big counter, but not a thoroughbred type, so I had to ride really forward between the fences, but in the end he jumped very well and I am really pleased with him.”

Germany’s Christoph Wahler follows in second place aboard Ignatz 22. He also went double clear this morning for a two-day score of 32.3. Felix Vogg, who was previously based in the U.S., is third with Archie Rocks on a score of 33.2 after also having a penalty-free ride.

Similarly, all in the top five were clear inside the time: Ebba Adnervik and Chippieh sit fourth (33.3) and Elaine Pen is fifth with Shady Grey (33.7).