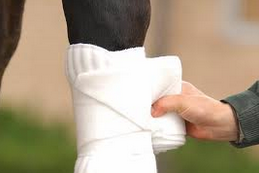 In more sobering news from Europe than the fantastic Boekelo coverage, a Dutch study that followed the preparation of 20 horses and nine ponies selected for eventing at the European Championships in 2010 and 2011 found that 45 percent were withdrawn because of locomotor injuries.

The study, supported in part by a grant from the Dutch National Equestrian Federation, was published last month in the journal BMC Veterinary Research (check it out for interesting details about heart rate and other things) and noted on horsetalk.co.nz.

In the journal article’s conclusion, the authors noted that results of another training study in the United Kingdom that showed that 21 percent of horses intended to compete in a CCI did not start because of an injury. Additionally, in another study, also performed in the United Kingdom, 35.1 percent of the 2,138 horses included in the research were not re-registered the next year because of veterinary problems. These published values are somewhat lower than results in the new Dutch study but still “in the same order of magnitude,” wrote the scientists.

“There is urgent need, with the goal of reducing injury incidence, for similar information concerning event animals in other countries to establish whether such high wastage* percentages are universal and to better understand the effects of training methods,” wrote Carolien Munsters, one of the study’s authors.

“To prevent injuries, it is important that event horses and ponies are sufficiently fit to accommodate the physiological demands necessary for high-level competition. …This study provides preliminary evidence – requiring confirmation in larger populations – that careful monitoring of the horses might assist in realizing this goal.”

*”wastage” refers here to loss of the ability to use the horse, not to effects of overconsumption of Grolsch or any other delectable European beverages.