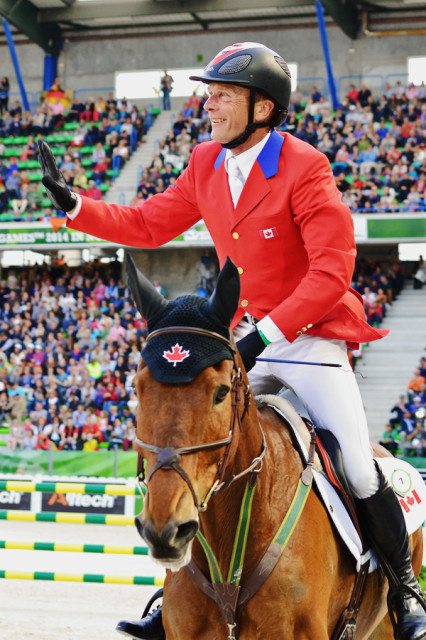 Today we’re mourning the loss of Kilrodan Abbott, who passed away yesterday at the age of 23. “Eddie” was the long-time partner of Peter Barry, and the pair represented Canada at the 2012 London Olympics and 2014 World Equestrian Games in Normandy, France.

Bred in Ireland by John Craig and then imported to Quebec in 2008, Eddie went on to start in 20 four-star and 5 five-star competitions over six years in addition to his team appearances before being retired at his home event, Bromont, at the age of 17. Our deepest condolences go out to Peter and all those who loved Eddie.

Hey West Coast riders! Would you like an Advanced at Ram Tap’s October HT?

2022 FEI Dressage World Championships: What You Need to Know

One To Watch: Even At 8, Pony Finals Rider Knows The Healing Power Of Horses

Sunday Video: The Netherlands are sitting on top so far at the FEI Dressage World Championship, with the current leaders being Dinja van Liere and Hermes on a score of 78.83%. Here’s their ride: