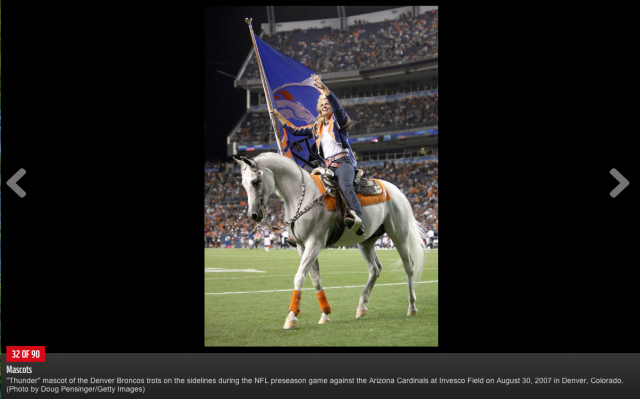 Hooray for Sunday!  Today there’s some big important football game on the television. Honestly, I prefer hockey to football, but I will probably end up catching a few minutes of the game here and there.  Super Bowl commercials always prove entertaining and there’s guaranteed to be a pony spotting or two as they flew Thunder, the Broncos mascot, in for the game.  For now though, I’m off to ride.  So, um, Go Denveattle Bronhawks! That’s a team, right?

Watch for Broncos’ Horse On Sunday

Who Wins With The Carriage Horse Ban

For me, the only reason to watch the Super Bowl is for the Clydesdale commercials.  Last year’s was my favorite, this year’s is pretty sweet and this one is a close third.