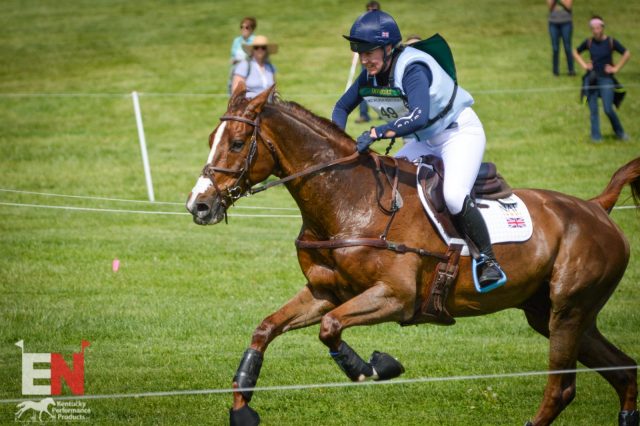 By now, the eventing world is well familiar with the name Yasmin Ingham.

Maybe as a U.S.-based fan you first heard of the charming young woman from the tiny Isle of Man when she made a first trip to the 2022 Land Rover Kentucky Three-Day Event, finishing second to 2010 WEG gold medalist Michael Jung.

Maybe you remembered the name when she pulled off what was still a decisive upset despite the accolades she’d collected to that point, taking the full spoils of last year’s FEI Eventing World Championships.

Or, maybe you were keen to know who would be on the radar in a few years’ time, quietly amassing results at the Junior and Young Rider levels before arriving on the international stage — so you were already in the know when she became a household name.

Either way — Yasmin has established herself as an eventing force to be reckoned with, and EN’s Ema Klugman dug up this excellent find of Yasmin competing (and, surprise, winning the gold medal) at the 2013 FEI European Eventing Championships for Ponies. This was just Yasmin’s second FEI competition, and she would finish on her dressage mark with the Irish pony Craig Mor Tom. Watch and enjoy!