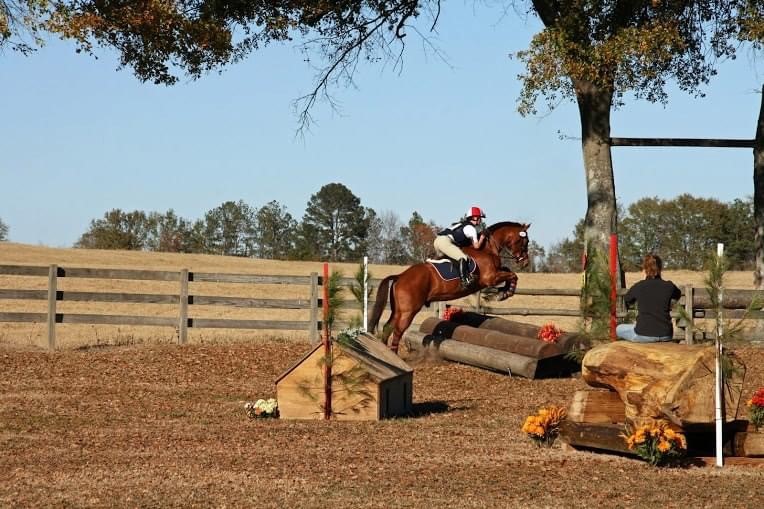 Erin always planned on going to vet school, but she was still very intrigued by the sport of eventing. When she decided not to go to vet school, she needed to find a place to start in the equine industry.

“I figured if I could find a barn or the right place that could be something that I could do for a long time. And I started working for Will.”

Before working for Will Coleman Equestrian, Erin had some experience working for some local people in the equine industry as well as Liz Halliday. She has been with Will for a little over a year now, and said that it is a “very family style program.”

“That was actually kind of a selling point for me because it showed me that obviously, this is a serious, professional and really quality program, but they also value people and lives and family. And that’s not always the case with every upper level barn.” 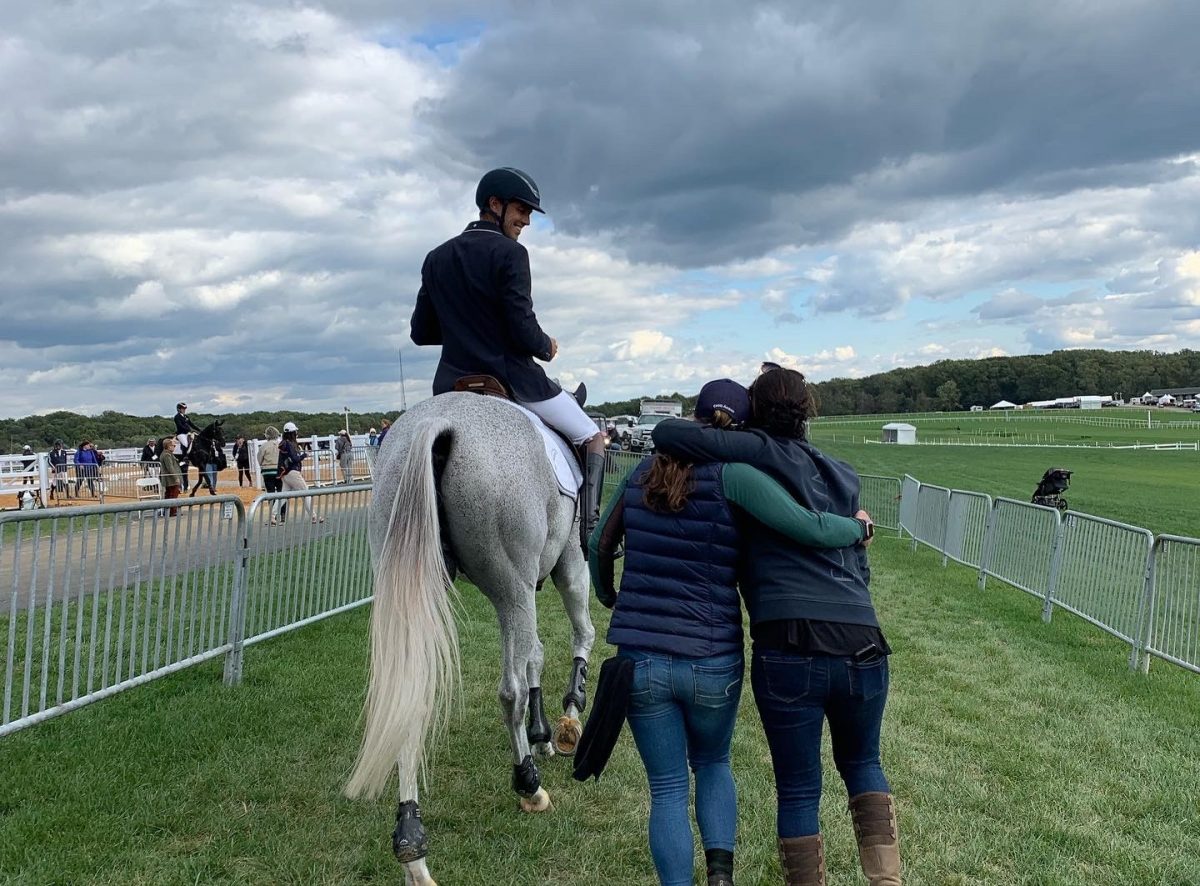 Even though Erin grooms, sometimes she is able to stay home from shows and she gets to ride the rest of the horses.

Since Katie recently had a baby, Erin has been able to ride her dressage horse, Stallito (aka Luca), often during the past few months. The two have gotten close during their time together– in the saddle as well as on the ground. 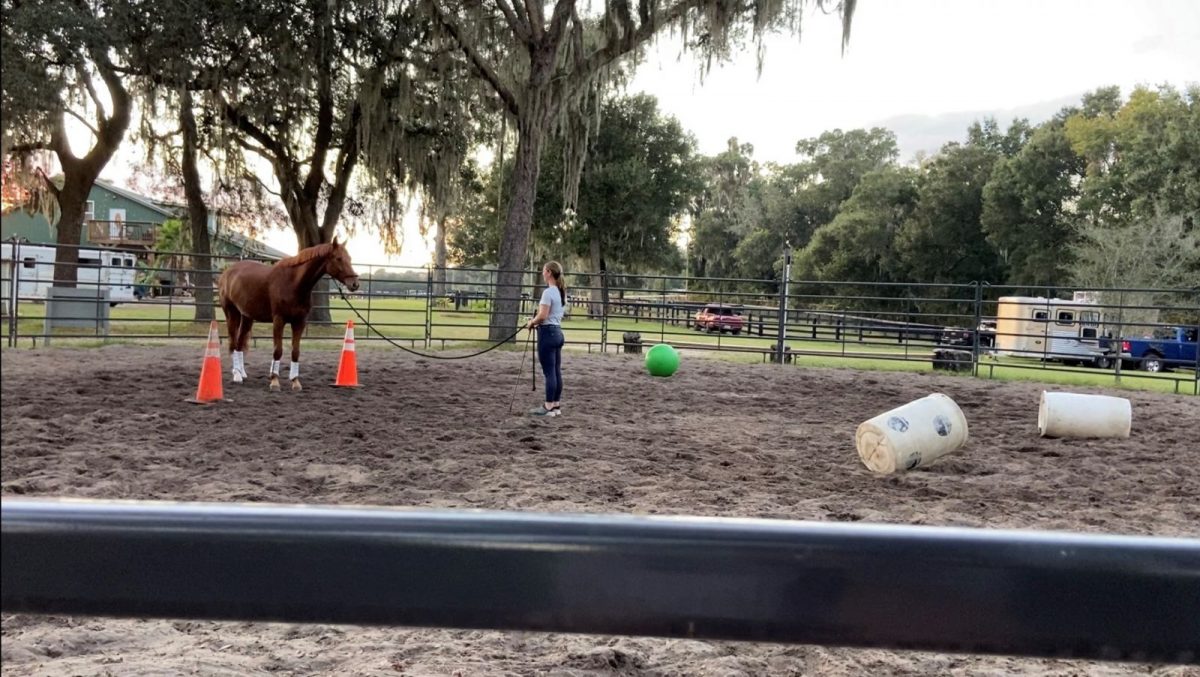 Erin and Luca at the natural horsemanship clinic. Photo courtesy of Katie Coleman.

“Katie actually even, for my birthday this year, she paid for me to do a natural horsemanship groundwork clinic with him,” she said.

Will and Katie implement natural horsemanship practices in their program, but Erin doesn’t have extensive experience in that area, so “doing that clinic was super awesome.”

In the clinic, taught by Kathy Barr, Erin and Luca did work in the round pen, focusing on body language and how the horse views a rider’s physical stance. These exercises helped Luca become less sensitive.

“When he first came, he was sensitive to fly sprays or lifting up the saddle pad while you’re on him or even patting him behind the saddle while you’re riding him,” Erin said. “And now he’s great. Almost anyone’s been able to hack him or ride him; it was a huge gamechanger to work with him.” 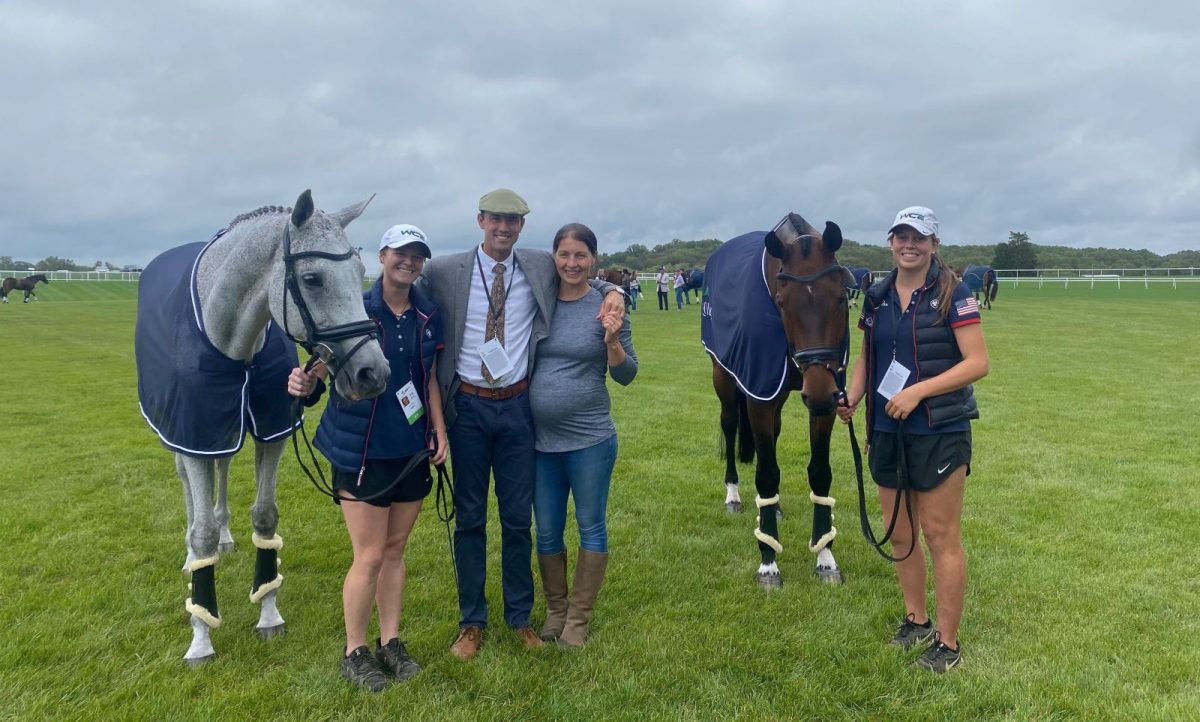 All smiles from the WCE team. Photo courtesy of Erin Jarboe.

Erin recognizes the importance of a solid foundation in a horse’s groundwork, especially since it translates into how they act under the saddle. “I think it’s another cool tool to have. You can work on aspects that affect your riding while also on the ground.”

Erin’s passion about horses and the equine industry are advantageous to her, especially with the challenges that come with being a groom. Although the hours are “kind of crazy and inconsistent,” Erin would probably be doing this in her free time anyways, so it’s the perfect place for her.