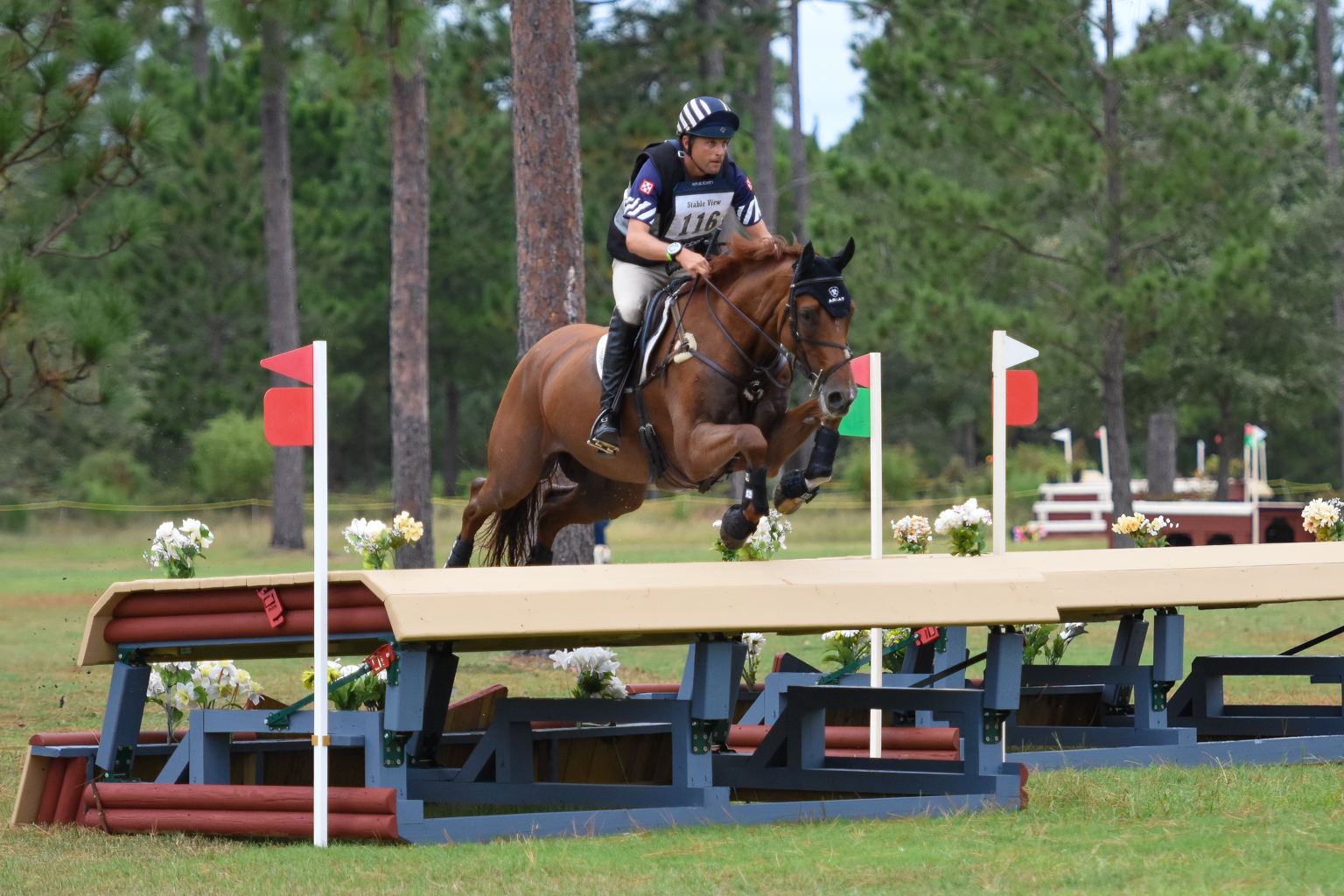 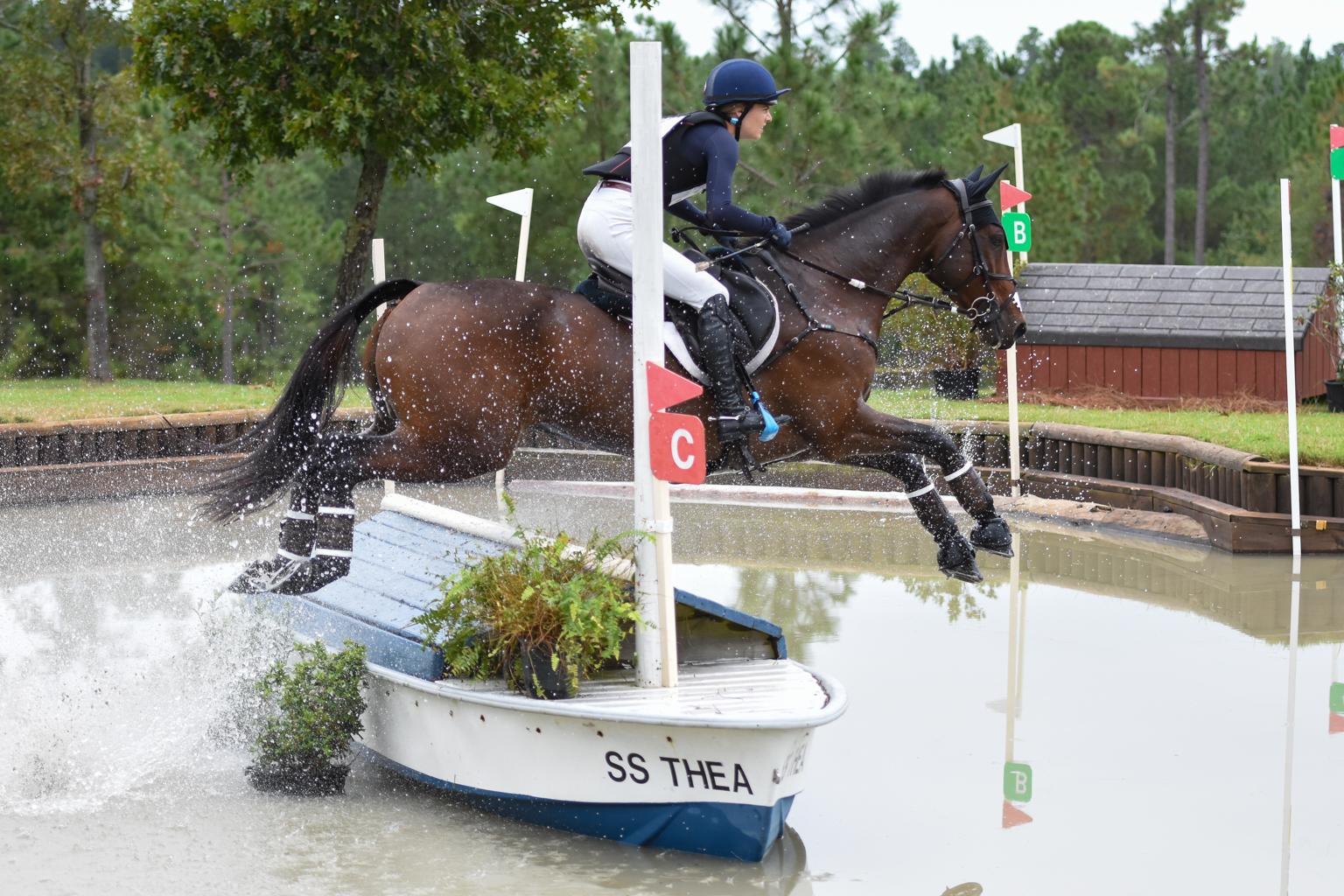 Hallie Coon piloted Cooley SOS into second place in the three-star. COVID-19 derailed eventing plans for everyone this year, but it was advantageous for Hallie as she decided to take a step back to basics with the 9-year-old Irish Sport Horse who tore around the cross country today just one second over the time for a final score of 30.8.

“He is not the easiest horse in the world. He is very tricky especially on the flat and in all aspects he’s very opinionated, sassy and he knows what he wants and he knows what he doesn’t want. I moved him up the grades a bit quick last year. We came to the four-star here at Stable View last year and managed to get around, and then trip over a training sized tiger trap in the woods at the end of the course and I took a tumble. Things sort of spiraled downward a little bit from there,” Hallie said.

“I was going around the warm-up for cross country today and just petting his little neck and saying ‘You’re a good boy!’ just trying to reassure him the whole time. I probably sounded like an 11-year-old going out to do their first novice, but it’s just about keeping him settled and keeping him happy in the job. He went out there and he tried his guts out for me so I’m absolutely thrilled,” she said. 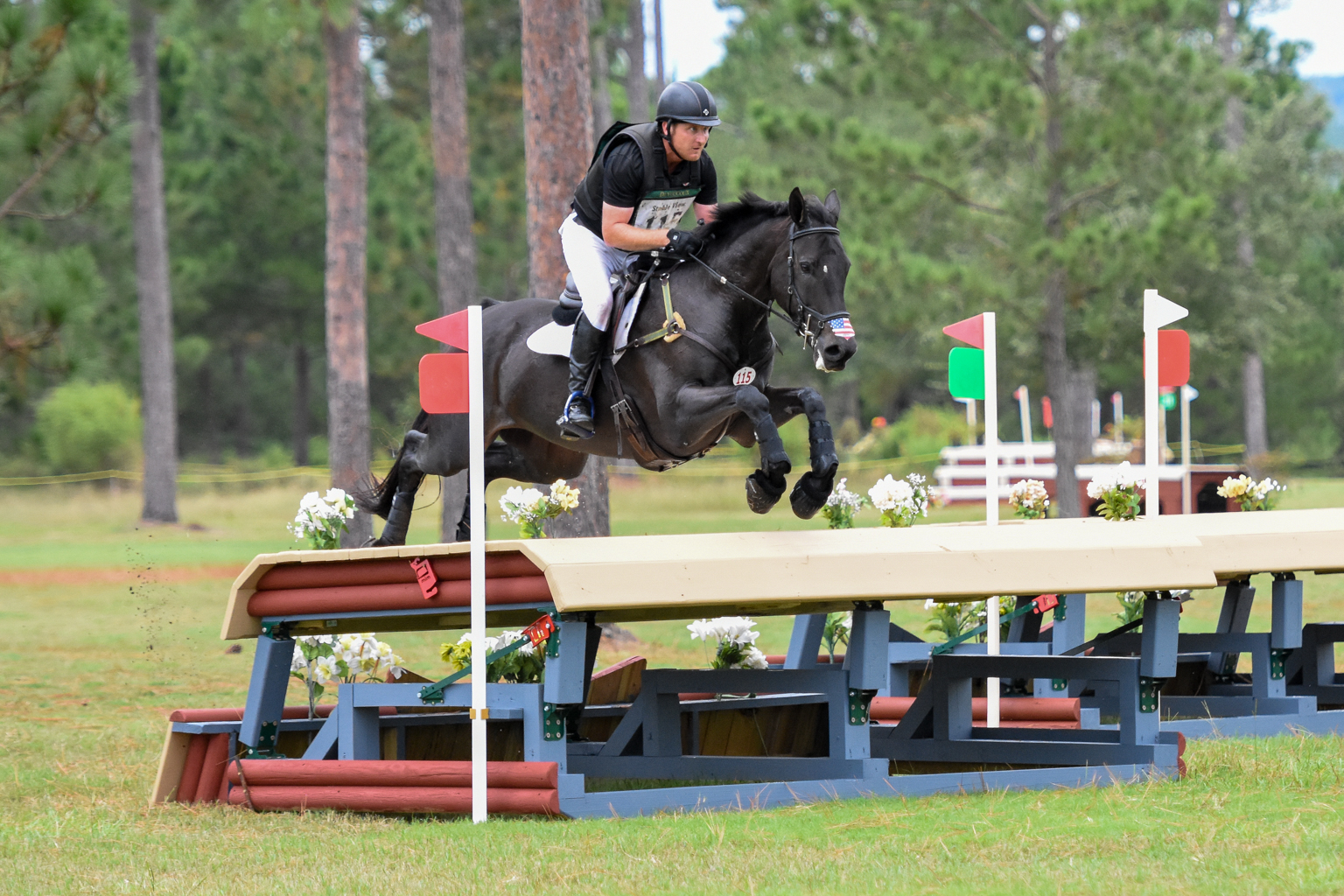 A double clear round propelled Kurt Martin and Compromise Elsewhere from eight to third after the final phase. The 9-year-old Irish Sport Horse (Cavalier Two For Joy x Drumn Bouncer), who is owned and also competed by Nicole Wisniewski, was bold and brave in all the right ways to finish on a score of 31.9.

Eighteen pairs completed today’s cross country test, but only two pairs managed to do it inside the time. Elisa Wallace and Let It Bee Lee were the first followed by Kurt and Compromise Elsewhere. Elisa finished in sixth place (36.1). 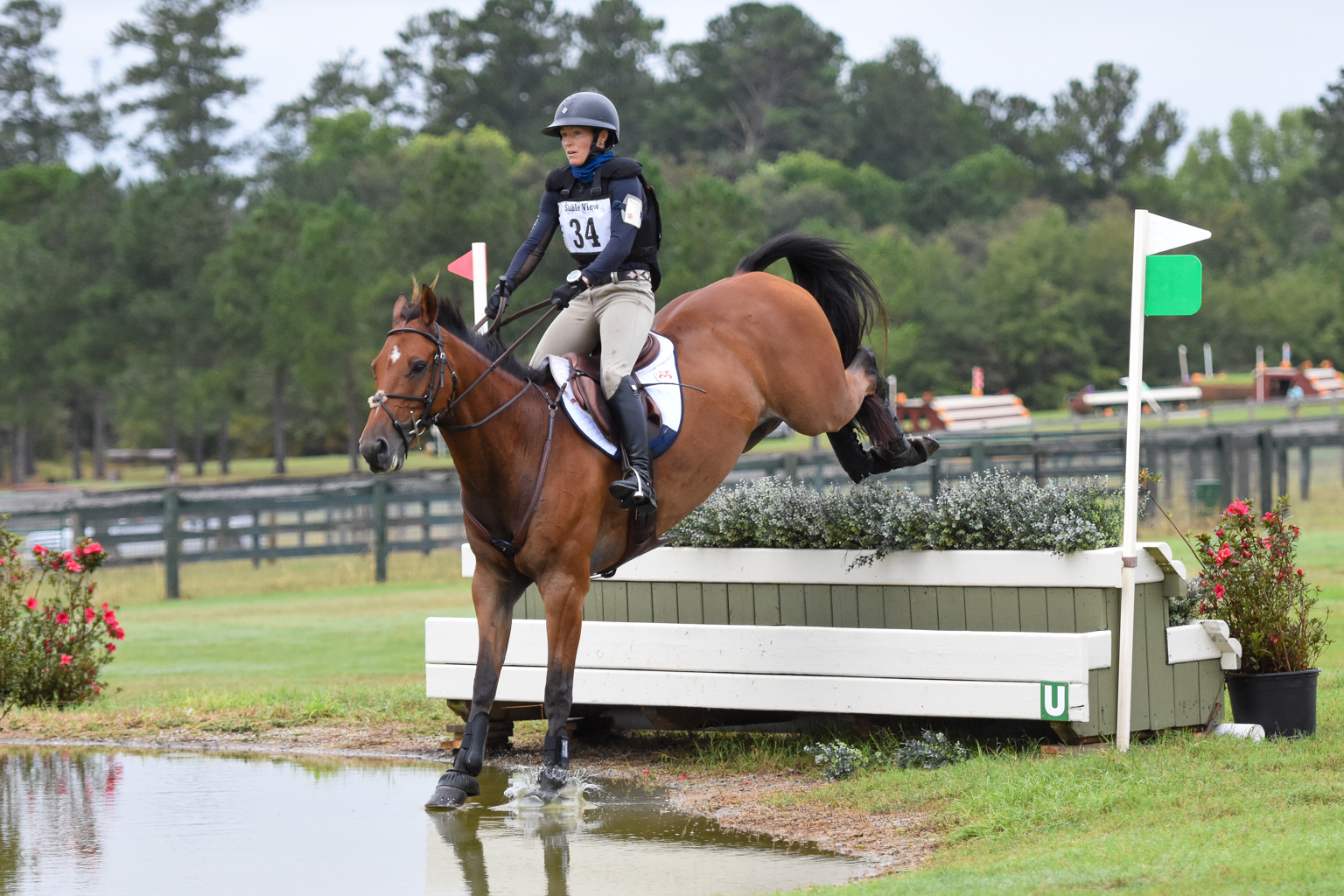 Kelly Prather and Catch Me Cooley. Photo by Shelby Allen.

Meanwhile in the CCI2*-S, behind Liz Halliday-Sharp on the leaderboard, stands Kelly Prather and Catch Me Cooley. Kelly’s 8-year-old Irish Sport Horse (Clover Brigade x Loughnavatta Sabrina) is looking more promising with every outing. Here in Aiken, he finished in second place on a score of 28.9. 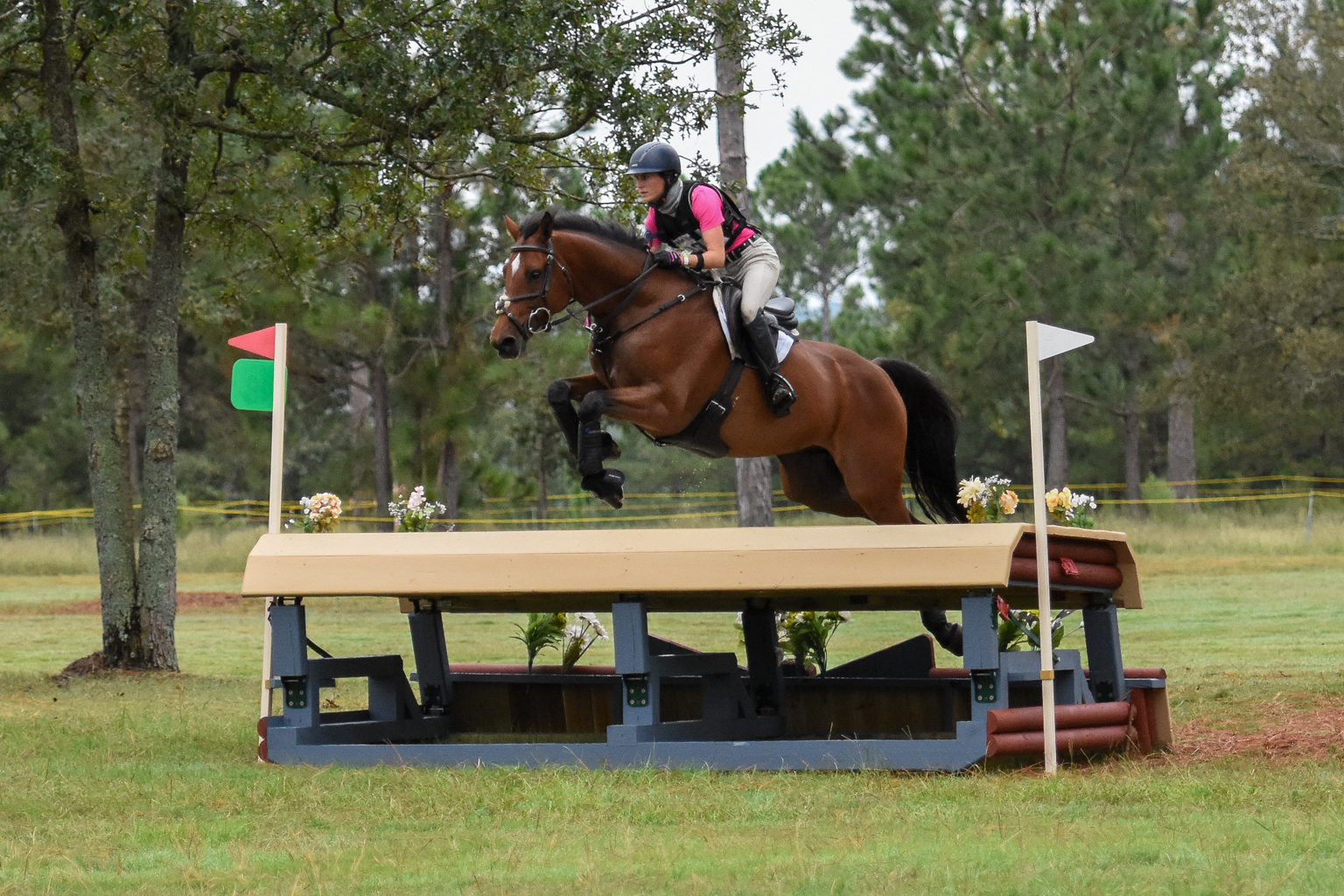 Kimberly Steinbuch and Classiro had a lovely clear round to end the weekend in third place on a score of 32.3 in the 9-year-old Holsteiner’s (Classe x Panama I) debut at the level.

Jacob Fletcher and 5o1 Hollywood Legend were fourth on a score of 32.6, and Kurt Martin was fifth with Reloaded on a three-day score of 34.

Many thanks to Stable View for putting on an incredible event and to all the volunteers who make it all possible.