Francis Whittington, of East Sussex, Great Britain, traveled to Charlotte, North Carolina for a clinic organized by eventer Kelsey Briggs in December. If you missed our coverage of the clinic, you can find it here and here. Francis was also kind to sit down with EN and discuss his own education and success in 2014. 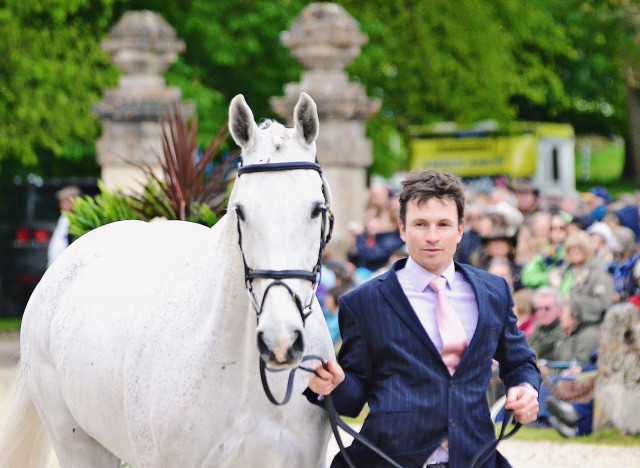 It had been raining all day, and although an amazing time was had watching students learning and laughing with their horses, we were soaked to the bone and looking forward to a hot meal at Francis Whittington’s recent clinic in North Carolina. While Kelsey Briggs and her crew completed evening barn chores, Francis and I sat in my car with the heat blasting, talking about the day’s lessons and his own season of success.

Francis had an absolute banner year in 2014 with a second-place finish at Barbury Castle, another second at Gatcombe Park, and a big win at the Blenheim CCI3* in September. All of these results were with his top horse, Easy Target, an Irish Sport Horse owned by Catherine Witt.

“Things have been going incredibly well,” Francis said. “I’ve had a good group of trainers that have been helping me. I’ve been working through some programs by myself for how I process things in my own brain and how I deal with things, which have been really very good.”

Though Francis and “Smokey” have been competing at the three-star level since 2010 and did their first four-star at Burghley in 2011, Francis has been on a mission to get better and be more competitive with all his horses at all levels.

“I further looked at my training, my riding, how I’ve done things, what I needed to change, what I needed to tweak to improve. That has been worth it this year. For everything that I did last winter and through this year to achieve what we’ve achieved, I’m taking that step further again this winter because I want it to be better next year.” 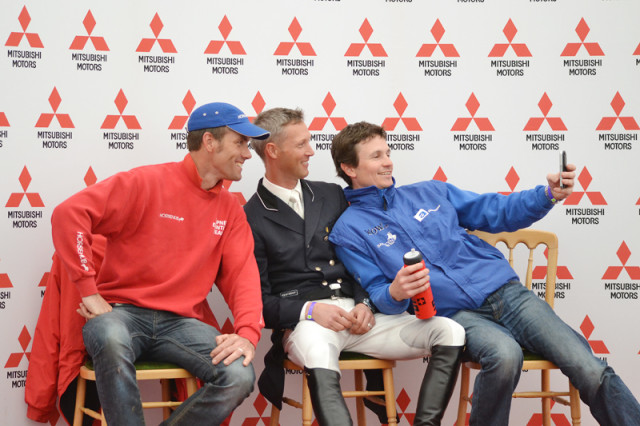 To help him, Francis reached out to a trusted mentor for a little tough love. “I am very big on frankness and absolute honesty. I wanted somebody who was going to be so absolutely honest with me to the point of being rudely blunt and be prepared to say it black and white as it is.”

In addition to improving his mental game, Francis has reached new heights in the dressage ring due to the help of Ian Woodhead and James Burtwell. Having two dressage trainers doesn’t work for everyone, but for Francis, it’s given him a more well-rounded education.

“They come from a slightly different angle, but they’re both going to the same place,” Francis said. “The education I’m getting from James and the understanding and technicality of it has been incredible, and then Ian literally grabs me by the scruff of the neck and pushes me harder and drives me harder.

“Because they come at it from slightly two different angles, they actually supplement each other. Between the education and the driving, we’re seeing a huge difference. Is it working? My results have been proving this year that yea, it is.”

Whereas he had been receiving inconsistent dressage scores between the high 40s and low 50s, Francis suddenly began consistently scoring in the 30s, with an overall average of 40 in the six FEI events he competed with Smokey in 2014. 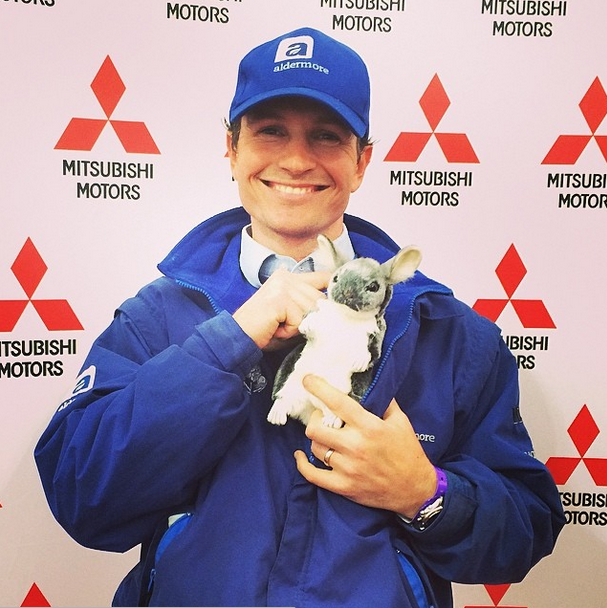 Francis Whittington celebrates being in 2nd place at Badminton with Chinch. Photo via EN Instagram.

A Horse That Will Give Everything

Francis found Smokey when the gelding was 4, and they have been partnered now for 10 years. He had gone to a dealer’s yard to try another horse, spotted Smokey by chance and bought him after a five-minute ride.

“He just has the most amazing heart,” he said. “It doesn’t matter if you have a horse that has all the ability in the world, but if it doesn’t have the mind and the heart for it, you don’t have an awful lot.

Francis took Smokey’s heart into account at Badminton, when dreadful conditions caused problems all over the course, and less than half of the field moved on to show jumping.

Francis was lying in third place after dressage and had set out of the start box knowing that time was a factor. He started off strong but quickly realized he had underestimated the condition of the ground. He chose to retire at fence 22.

“I’m certain he would have kept trying, and I didn’t want to abuse his loyalty and trust by expecting him to do that.”

Looking back on it, Francis still believes it was the right decision that actually set him up for the excellent results that would follow at Barbury and Gatcombe, so they rode into Blenheim feeling incredibly confident.

Francis said he has the most “brilliant bunch” of horses in his yard that he’s ever had, and would have made the same decision he made at Badminton for any one of them.

“I’m not going to jeopardize the horse’s wellbeing for that potential place. There’s another placing around the corner at some point. All those results that we’ve had since Badminton, they make up for that.”

Sometimes it can be difficult to control your social media presence because you’re not the only one contributing to it. The hashtag #nicholsonontwitter, which fans use to tweet about Andrew Nicholson’s eventing life as if from his own sarcastic perspective, would be a good example. The irony of it being that Andrew Nicholson does not actually have his own Twitter account.

Francis does, however, and the “whereswhittington” hashtag took off exactly one year ago. One of his best mates, Nick Gauntlett, is responsible for the initial onslaught.

Then Francis’s head girl, Sharon Mepham, started using a phone app to cut his face out of photos and paste them into cartoons.

And Francis loves it. We spent several minutes scrolling through Twitter, looking at all of his favorites.

At Badminton last year @monty_white challenged the public to bring the game to life and snap a photo of Francis if/when they spotted him. The game was a hit, and there were hundreds of #whereswhittington tweets over the next few days.

Just as the world was ready to follow Francis, third after dressage, around the cross-country course, the BBC’s live video feed went down, like some kind of ill-timed joke.

Months later, fans tracked him all the way to his success at Blenheim. #winning

Francis has ideas to develop the game and start including his sponsors. “It’s fun for everybody to be part of and have a giggle at.”

So #whereswhittington going next? According to his website, “he has his sights firmly set on Rio 2016 and the Blair European Championships 2015.” We wish him luck!