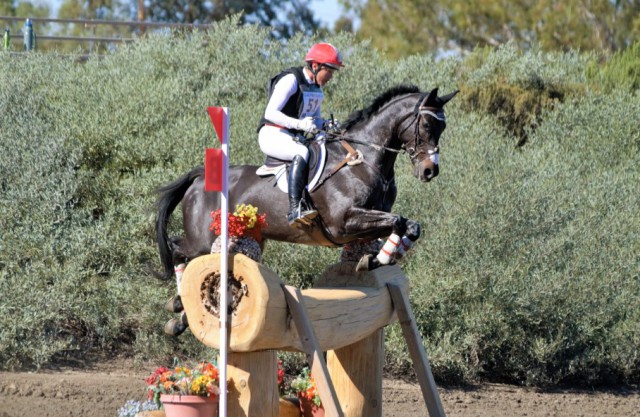 What a beautiful day it is for some cross country here at Galway Downs! We’ve just wrapped up the cross-country from the CCI2*, and we did have a few problems crop up here and there, but overnight leaders Tamie Smith and The Chatwin Group’s Chatwin positively stormed around to come home 9 seconds under time to retain their lead.

We had to wait until the end of the division to see Tamie, but the ride was definitely worth the wait as she really showed her prowess across the country and piloted a keen looking Chatwin around Ian Stark’s tough course easily.

Marilyn Little and RF Overdressed put the pressure on Tamie, giving her just three seconds of time to play with in order to remain in the lead. Marilyn was another who put the pedal down, but RF Overdressed responded brilliantly and made the course look like child’s play. Marilyn will remain in second place, one of just three double clear rounds, on a score of 42.7. 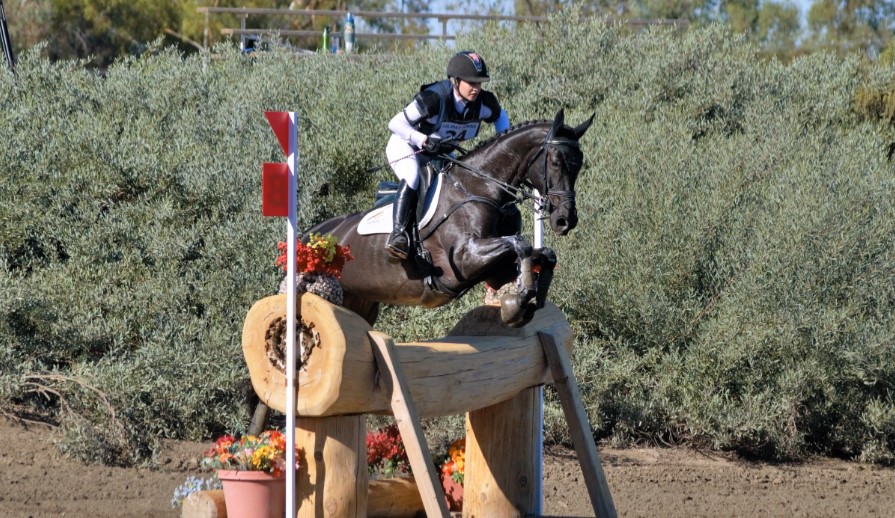 From there, the standings have jostled quite a bit as time was definitely a factor today. Aside from Tamie and Marilyn, just one other rider made the time: Josh Barnacle and Celtic King. This will jet them up from 21st into 10th place overall.

Moving from fifth into third are Jonathan Holling and Kildalton Cooley, who were slated to be the trailblazers until Jon apparently had an airvest incident earlier this morning. He went out second after his vest was attended to and skipped around just a few seconds over the time. 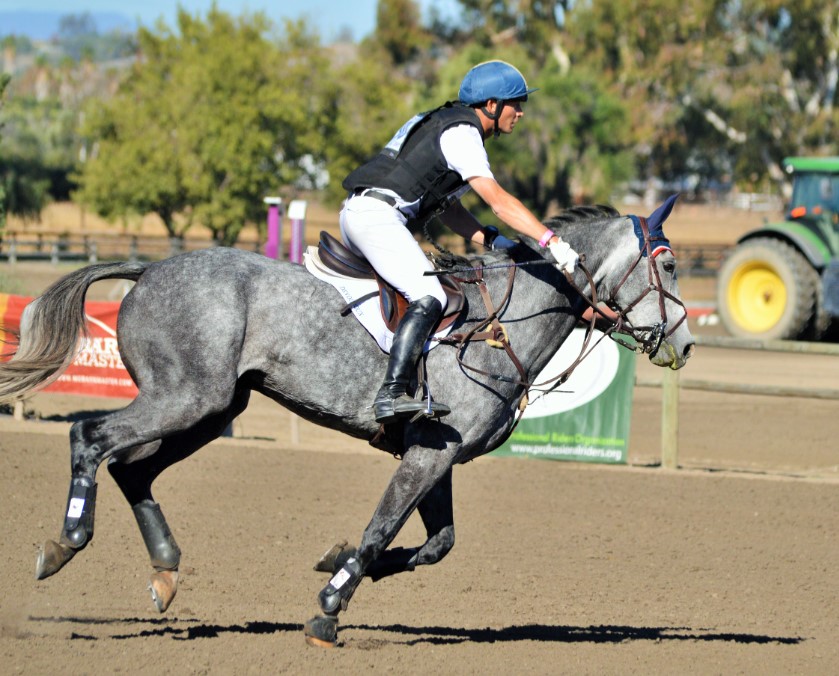 Owned by the Kildalton Group LLC, this 9-year-old Irish Sport Horse gelding is one Jon has been excited about, and we certainly saw why today. Should he complete tomorrow, this will be his first CCI2* completion after several CIC2* starts.

Amber Levine and Carry On also had an effortless round, moving up from ninth into fourth overnight. This pair looked really solid through the second water and the arena where I saw them. This pair is coming off of a fourth place finish in the CCI2* at Rebecca Farm — consistency certainly appears to be the name of their game!

And rounding out the top five are Sara Sellmar and TF Kreisler, who will remain in sixth place overnight with 14.8 time penalties added today. This is the first CCI2* for this horse, so Sara will be thrilled with their performance today.

We did see quite a few issues for some pairs. Barb Crabo unfortunately ended her day early after falling from Over Easy at the second water. Both were up and walked off ok.

In fourth overnight, Kelly Pugh and Corazon decided to call it a day after two refusals at the coffin at 10 — such a bummer, but this pair will no doubt be back to fight another day.

I should have quotes to add to this post later, but in the meantime I need to run out for the start of the CCI3*, which will begin at 11:45 PST. Don’t forget to catch the Ride On Video live stream, the post for which I will bump on our homepage, and follow us on Twitter @eventingnation for live updates! 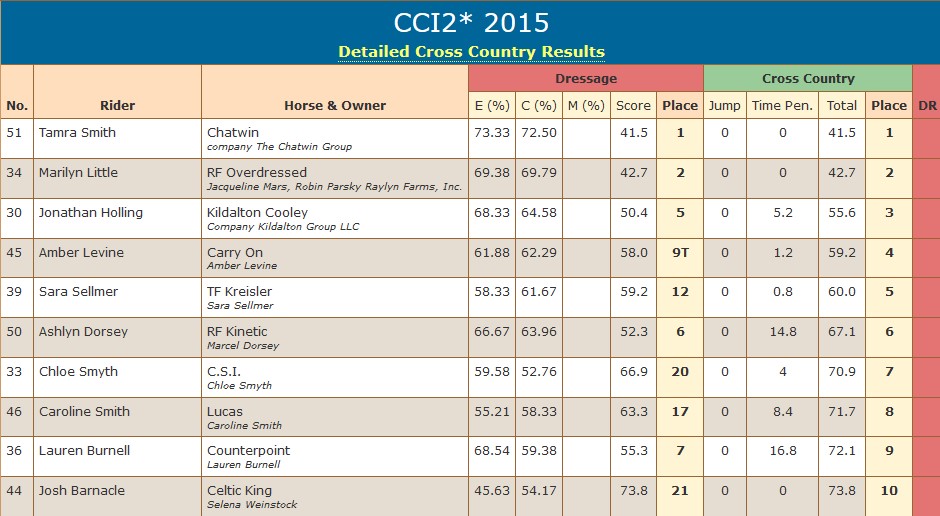