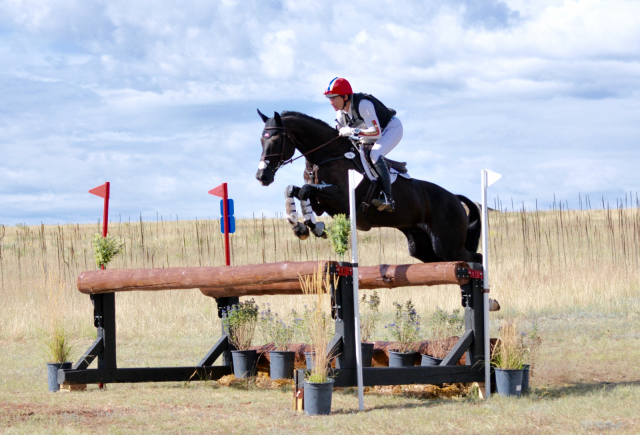 Nobody looked more thrilled to leave a cross country startbox this morning than Mai Baum. With Tamie Smith in the pilot seat, he tackled every obstacle with air to spare and the expression of a child on Christmas morning tearing through presents. They turned in the speediest round of the division, collecting just 1.6 time penalties to maintain their lead in the Adequan USEA Gold Cup Advanced Final here at the 2018 American Eventing Championships.

As we mentioned in our Thursday dressage report, Alexandra and Ellen Ahearn and Eric Markell’s 12-year-old German Sport Horse gelding (Loredano x Ramira) has had just three runs on account of a run of bad luck and injury since winning the Fair Hill CCI3* in 2015. You wouldn’t have known it from watching them today, though — the pair was looked full of running … and sass. Five or so superfluous tempi changes on the approach to 6AB, the open oxer to corner combination where I was sitting, created an optical illusion that he was giddily hop-skipping along. Just being extra!

“I literally wanted to cry going through the finish flag,” Tamie says. “It’s been such a long patient road to get him back to this level. He was unbelievable. He’s the best horse in the world, and I’m just so fortunate to be sitting on him. I was chancy out there, I was cutting turns and lines to save time so that I didn’t have to go so fast. I got him to one jump and asked for a big one, and he just took off and was like ‘I got you mom.’ It felt so good to have him back.” 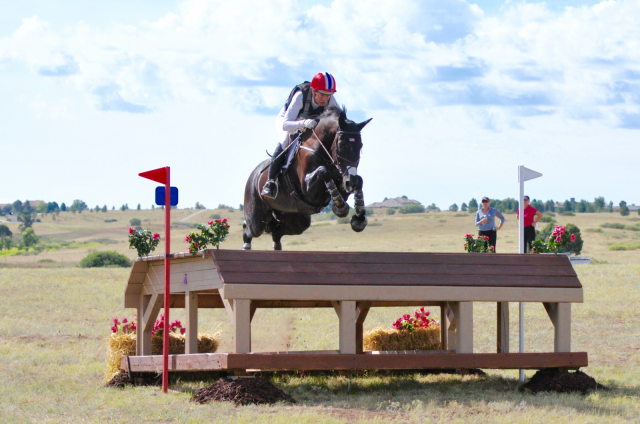 The top three positions remained unchanged after today’s cross country test. Jordan Linstedt and Revitavet Capato, Barbara and Gary Linstedt’s 15-year-old Hanoverian gelding (Contendro x Annabelle), held fast to second. The pair looked foot-perfect despite losing a shoe in the warm-up, which they managed to get tacked back on with only a few moments of delay. They picked up 4 time faults to finish the day on a 31.5, just 3.5 points — less than a rail — behind Tamie and Mai Baum’s 28.0. 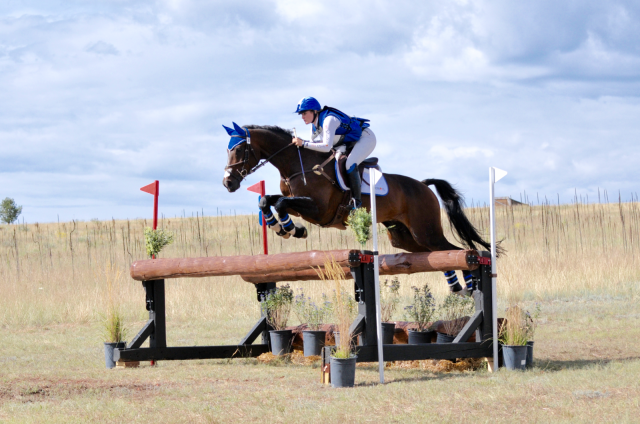 Tamie also sits third on Fleeceworks Royal, Judith McSwain’s 9-year-old Holsteiner mare (Riverman x Marisol), who came home with 11.6 time penalties. Tamie is on fire this week: Additionally, she leads the Prelim Horse championship with Fleeceworks Ghost, with whom she jumped a fault-free country country round this morning, as well as the Novice Horse championship with MB MaiStein. 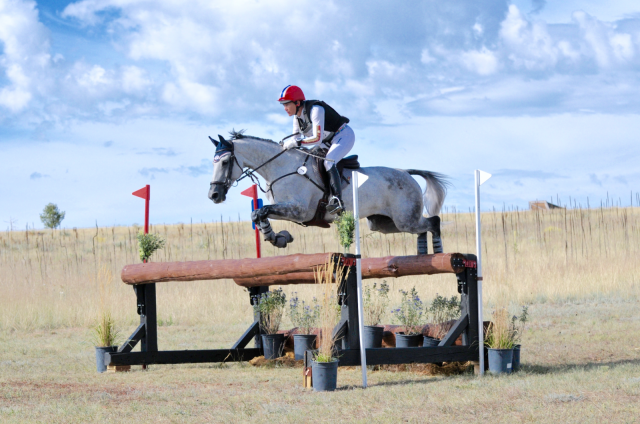 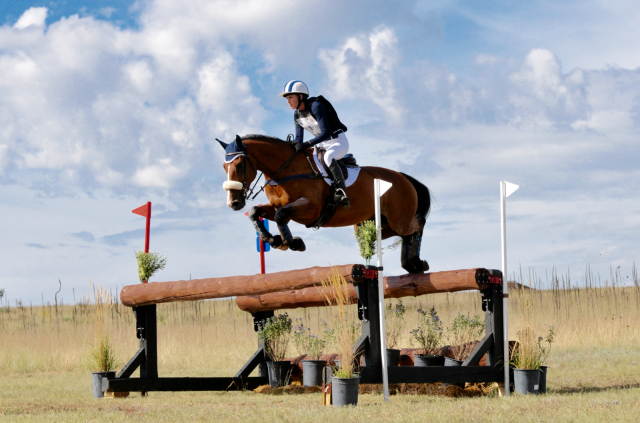 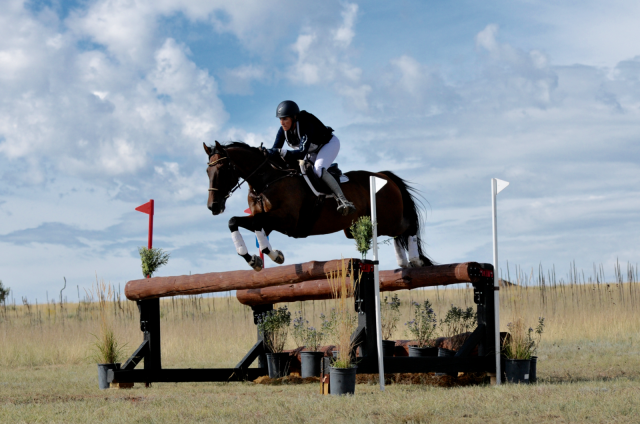 Kim Liddel and Eye of the Storm picked up 20 at fence 10AB, the water, but rallied to finish strong. The second element of the open oxer to corner combination at 6AB solicited a runout from both Alexa Ehlers with Amistoso and Andrea Nielsen and LC O’Shawnisee. Alexa retired after a second runout at 10AB; Andrea was eliminated after another couple stops two fences later at 8AB, a steeply angled rolltop combination. Ellen Doughy-Hume and Sir Oberon were initially scored in the dressage but subsequently eliminated by the ground jury for unsoundness. That leaves a total of six horses to start show jumping tomorrow. 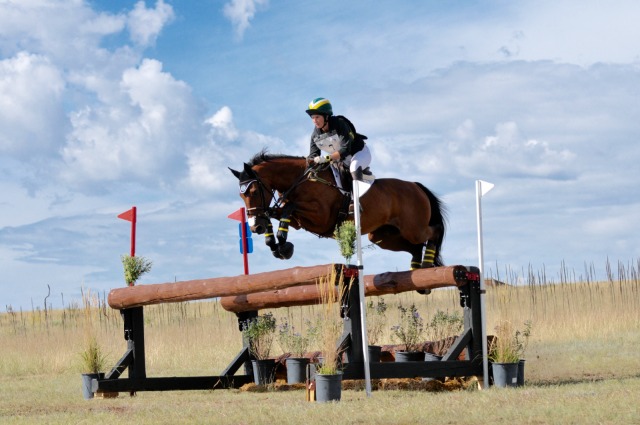 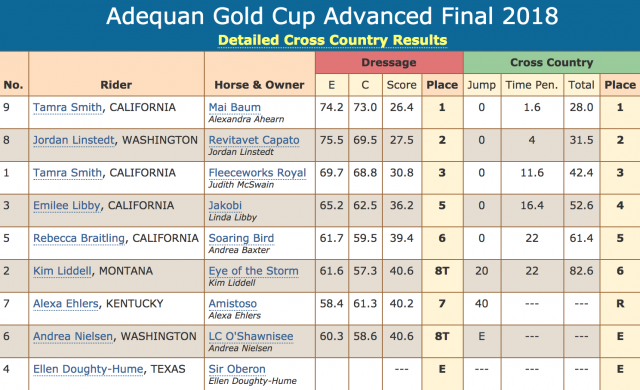