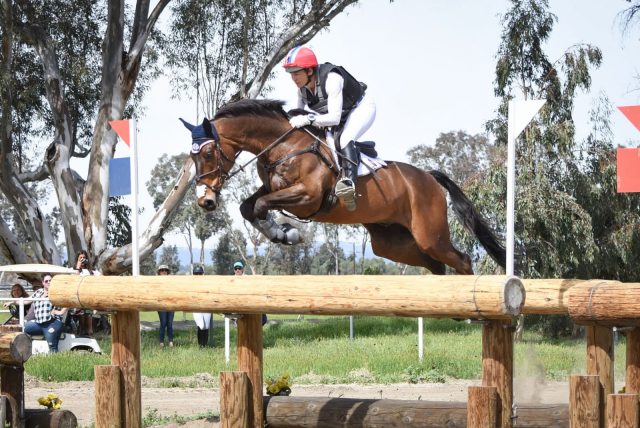 Sunsprite Syrius may have been a CIC3* first-timer this weekend, but he certainly didn’t look it as he confidently stormed around Galway Downs with Tamie Smith in the tack. Their quick round was the only double clear in the division, and that earned them the three-star win on a score of 35.2.

“He’s a competitive horse, I mean he just zipped around this thing like it’s nothing, which is a testament to having a partnership with the horse I think,” Tamie said of the 10-year-old Trakehener. “He felt great. It was a really tough track and I wasn’t sure how he’d read things and figured I’d go out of the box feeling like he was ready. He didn’t look at one thing he was super.”

The EN team has been fangirling over Syrius for a while. Not only is he U.S. bred, but he’s also nailed a top three finish in all but one of his FEI competitions. It’s all the more special that Don Trotter and Pam Duffy of Sunsprite Warmbloods could be there for this special moment.

“It’s so good having them right at the finish flags. Pam and Don are good horse people. They get that eventing has its ups and downs. I don’t think they had any expectations of doing anything serious. We were just going to go out of the box and see how it went,” Tamie said.

Syrius will continue to gain mileage and confidence at the Advanced level this spring, and there aren’t any concrete plans for a CCI. For now, Don, Pam and Tamie soak in the this moment at Galway Downs and look forward to what’s to come. 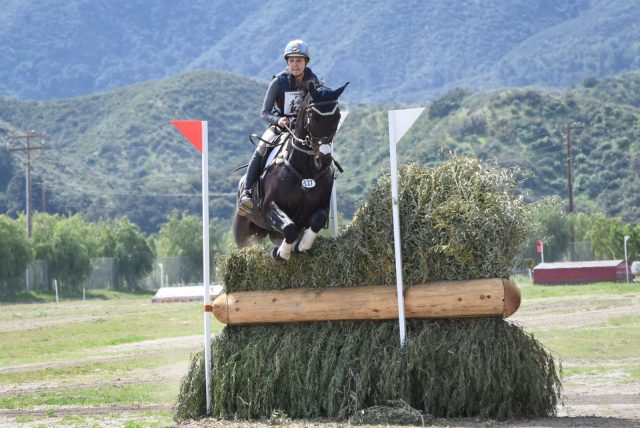 Frankie Thieriot Stutes and The Chatwin Group’s Chatwin lost their grip on the lead after picking up 9.2 time penalties, but a finishing score of 42 was still enough for second place.

Galway Downs was Frankie’s first International competition back since the birth of her son last fall, and after falling off Chatwin in Twin River’s Advanced a few weeks ago, her goal today was to iron out the kinks at this level.

“I did feel a little tentative in the gallop. Usually I’m really quick in the gallop and today I kind of stood up in my stirrups and he wasn’t quite as fast. Instead of putting the pedal down in the beginning I was kind of feeling myself out and feeling him out a little bit and probably took too many in a few places,” Frankie said.

“Overall I was really happy with him. I thought we both needed today to get back in the swing of things. I still have my mom bod a little bit and I’m not quite as strong as usual, but I felt like today when the questions were there and Chat needed me I was able to do my job. You always want to feel like you’re doing right by your horse, especially for a horse like Chatwin who takes such good care of me. It felt good to feel right in my stirrups.”

Chatwin will spend much of the summer at dressage and jumper shows as they polish those two phases, with the ultimate goal of a personal best performance at the Millstreet International Horse Trials in Ireland later this summer, Frankie confirmed to EN. 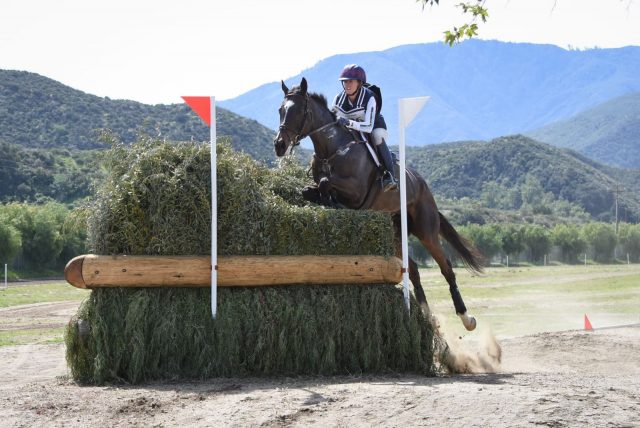 Andrea Baxter and her speedster Indy 500 climbed the leaderboard after each phase, finally settling down in third place on 48.8 points.

“I was a little nervous because I hadn’t done much since Blehnheim. She hasn’t evented at all. I took her to Thermal and jumped some 1.30m rounds. I jumped her over some Training/Prelim stuff a couple weeks ago, but I hadn’t jumped cross country in six months so I don’t know!” Andrea laughed.

These seasoned competitors picked up right back where they left off, cruising to an easy finish with 8.8 time penalties ahead of their second apperance at the Land Rover Kentucky CCI4* in four weeks time.

“I was looking for a good solid run before Kentucky, and she was awesome,” Andrea said. “I wasn’t planning on going fast I just went around in a nice rhythm. I didn’t wear a watch, I just cantered around. I just press start in the box, I don’t have to slow down I don’t have to speed up she just holds on.” 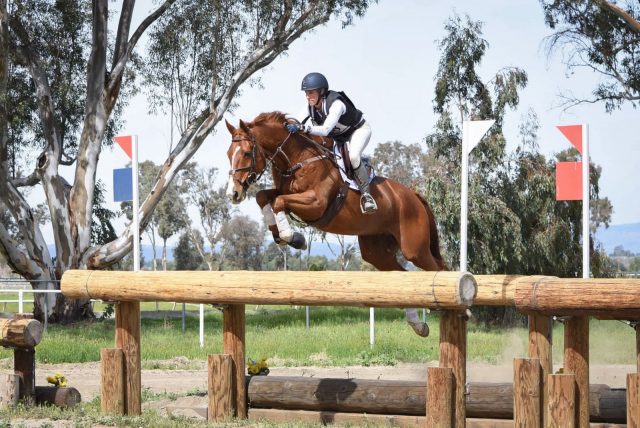 Bec Braitling and Lauren Burnell’s Walterstown Don follow in fourth place. They looked for a careful and confident round, picking up 18.8 time penalties along the way for a final result of 62.7.

Helen Bouscaren and Ebay picked up an unfortunate stop at fence 13c, the Devoucoux Drop. That, plus 25.2 time penalties gives them a final score of 83.4.

Tamie also came to grief at 13c with Kevin Baumgartner’s Wembley, who was looking like a million bucks up to that point. They wrapped up the weekend in 6th place on a score of 87.9.

Derek di Grazia and Ringwood Justice had two stops at the first of two Triple Crown Brush corners at 7a, and decided to call it a day.

This was Eric Winter’s first CIC track here at Galway, and if this weekend is any indication, I think we can look forward to even more exciting changes coming our way on the west coast. 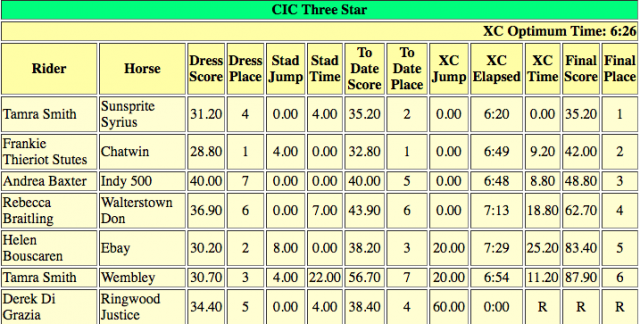