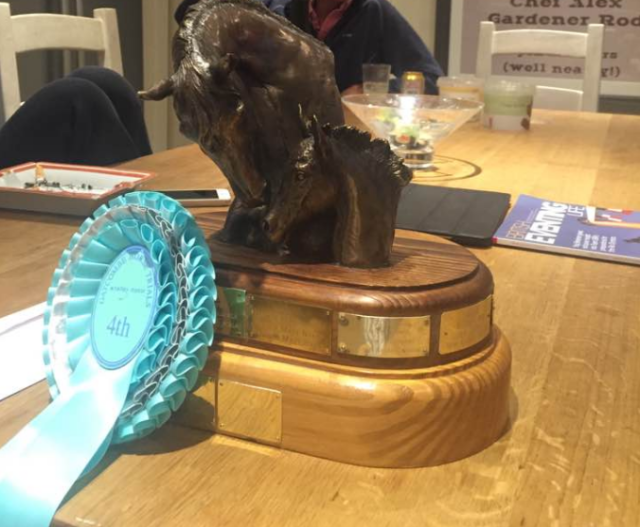 Photo courtesy of Tamie Smith and Next Level Eventing.

It was a happy capstone to a roller coaster few weeks abroad for Tamie Smith, who today took fourth out of an eye-popping 82 starters in the CIC2* at Gatcombe. She and Twizted Syster (“Chloe”) added just 2.4 time penalties in cross-country and a single rail in show jumping to move from sixth to fourth in a massive field.

It was a rewarding personal victory after the torrential rain and an equipment issue hampered their plans last weekend at Blenheim Palace, with Tamie ultimately opting to retire and re-route. The pair went back to their temporary base at Rodney Powell‘s yard to put in some hours, and the USEF travel wizard Joanie Morris assisted in getting the pair rerouted to Gatcombe for the two-star.

Tamie and Chloe made good on their adventure, laying down a solid dressage score of 45.3 to slot them in eighth behind the likes of Sam Griffiths (AUS) and Paulank Kings River (the only pair to break into the thirties this weekend with a 39.7), Tim Price (NZL) on two horses — Pats Jester and Kincooley Cruising— and Tina Coudray (USA) and Aloha.

On a day when the time was almost impossible to make (only Britain’s Gemma Tattersall was able to squeak under the optimum time), Tamie was able to use a clear jumping round and just 2.8 time penalties to catapult her from eighth to fourth.

The two encountered just one troubling rail in show jumping on the final phase  to finish on a 51.7.  The score was good enough to hold on to their fourth place position for a very satisfying conclusion to their trip across the pond.

The victory was ultimately clinched by Dan Jocelyn (NZL) and Beaucatcher with a score of 48.7 after adding just .4 time and a double clear in show jumping. Second was Kitty King (GBR) and Vendredi Biats who added 1.6 cross country time to their dressage score, and Sam Griffiths used his large dressage score buffer and 10.8 time penalties to ultimately finish in third.

U.K.-based American Tiana Coudray had a great start to her weekend with Aloha scoring a personal best in dressage, but ultimately opted to withdraw prior to show jumping after picking up a stop on cross country. We’ll hope to see her and Aloha out again soon!

Congratulations to all the Gatcombe Riders on a successful event and safe travels to Tamie and Chloe as they make their way west once more. 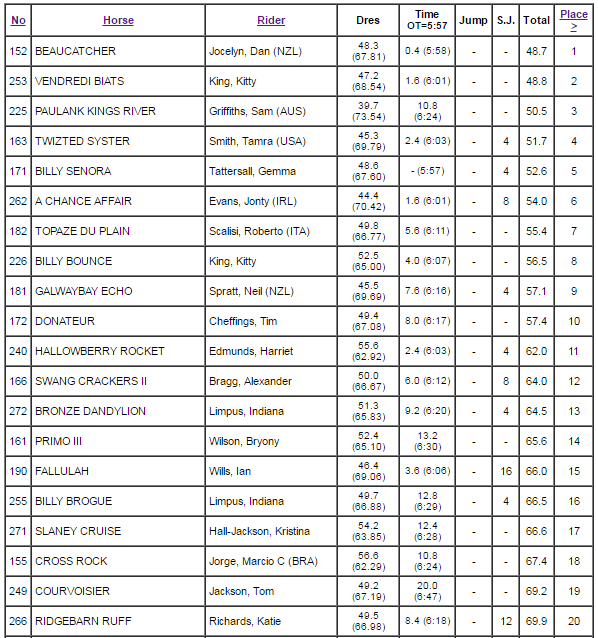