There is no better way to experience our North American Junior and Young Rider Championships than through the eyes of an eager competitor, or in this case, an eager mom! Tamie Smith’s daughter Kaylawna is competing for the Area VI one-star team, and she’ll be blogging about the experience as a cheerleader from the sidelines. If you’ve been to NAJYRC, you know how special it is, and if you haven’t, we’re hoping to show you through this series of blogs. Kaylawna is also writing for the Area VI blog. 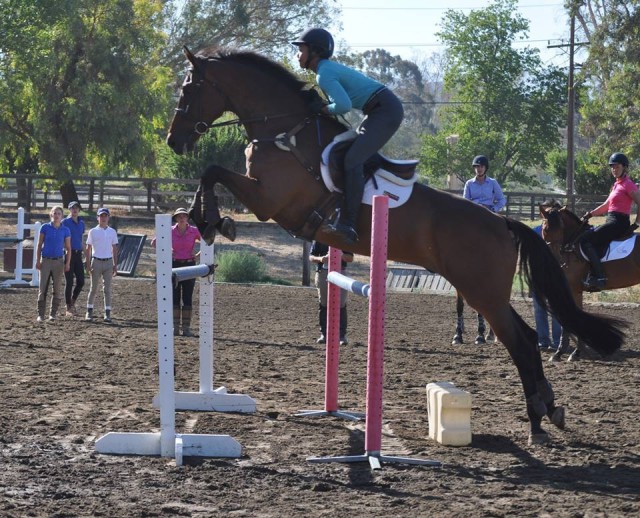 I’m the proud mom of a North American Young Rider!Putting my mom/cheerleader hat on, well, it’s easy to do when you’re involved in a sport that you know nothing about. Going to water polo games and cheering for Kaylawna was easy. Because when she made a goal, I cheered; when she missed a goal, I cheered. I never knew the technique or whether it was her mistake or some girl trying to drown her.

Now I have to balance the coaching and training role, with the mom role, which is difficult. I actually find it very conflicting to coach my kid because we have such an emotional tie. How do you not choke her when she rolls her eyes at you or talks back when she’s frustrated? The very things one of my students would never do to me, however, I am sure they do to their parents sometimes. Although I am lucky to have a very good kid who does respect her elders, it can still be a bit challenging!

When Kaylawna came to me the middle of March and said, “Mom, I want to try and go to Young Riders this year,” I honestly thought she was a little unrealistic. Of course, I never said that; however when she put her mind to get qualified and compete at the North American Young Rider Championships, she did it!

She was determined and had to work harder than most due to her not riding the last four years. She has been competing a young green horse and needed to develop a partnership with this gentle giant in order to get where she wanted to go and that was NAJYRC, and I am happy to say, they have arrived!

Waking up at 5:30 a.m. every morning and going to work for my dressage trainer Niki Clarke and show jumping instructor Allen Clarke, she rode a lot of horses, groomed and did usual barn chores. Then she came to my barn and rode a few horses including Metro and helped do afternoon chores. It was challenging, and she had a difficult time some days working long hours, but it proves that with hard work, you can achieve a difficult task. With determination, you can honestly get to places you never imagined!

I can’t even describe to you how proud I am of her, and as this week becomes one of the most memorable weeks of her riding career, I really hope that the stars align and her hard work pays off. Some might say, and I’ve actually heard them say, she doesn’t deserve to be at championships because she just was handed a horse and got to go. But I am someone who truly believes you can’t appreciate what you haven’t earned — Kaylawna has earned her place in Kentucky!What happens will happen, but I believe in her true grit, and that’s a hard thing to acquire! Lucky for her, she has it, and no matter the result, I’m just going to cheer and keep that mom/cheerleader hat on and coach her for the few minutes she needs before she goes into the ring!Only one more day until we arrive in Kentucky! Let’s go Area VI Young Riders! 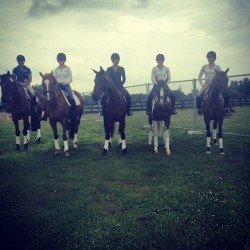 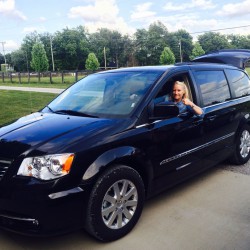 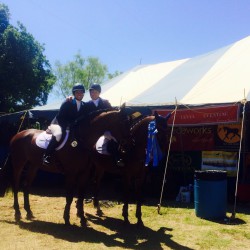 Tamie and Kaylawna Smith at Greenwood in Texas. Photo courtesy of Tamie Smith.