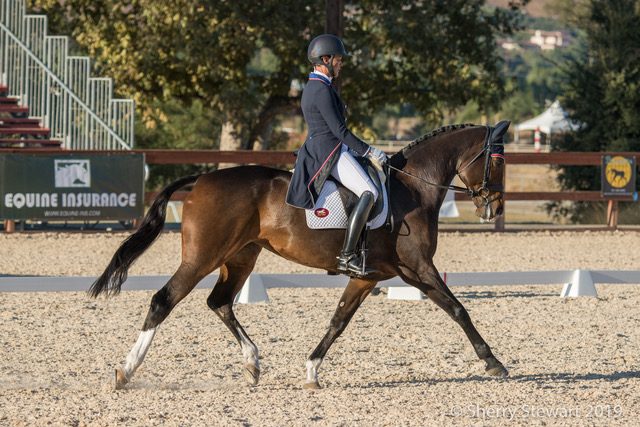 Given the wildfires burning elsewhere in California, the Halloween start of the Galway Downs International was nowhere near as scary as it could have been. Winds that were lesser than expected throughout the day picked up just in time for late afternoon CCI4*-L dressage, making some of the division’s six equine contenders more spirited than their riders might have liked.

Other than that, the first day of the West Coast season finalé went smoothly. That is until the riding was done, the horses put away and the VIP tent filled with competitors transformed into a four-piece mariachi band, a herd of large, cute animals, angels, devils, Little Red Riding Hood and the Big Bad Wolf during the opening night costume party. 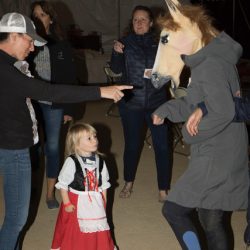 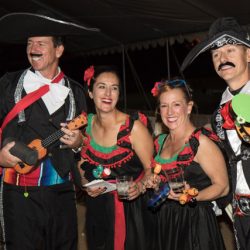 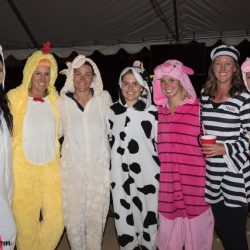 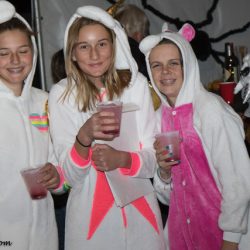 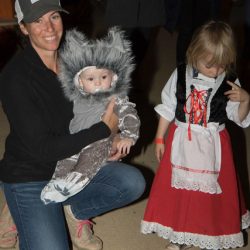 Riding last in the 4* division, Tamie Smith and En Vogue dominated with a 28.50 from ground jury members Jane Hamlin, Robert Stevenson and Helen Brettell. Owned by amateur competitor Ruth Bley, the 14-year-old Hanoverian mare overcame her spooky nature on a spooky day to dial into her rider.

Except for a few glitchy flying changes, Tamie was thrilled with the test. “I’ve been riding her since February and really trying to get her trust,” she explained. “She’s a mare: you’ve got to sort of finagle your way in.” En Vogue spooked at a flapping tent as Tamie made her way to the arena, but once underway, “She was completely with me and I was really proud of her.” 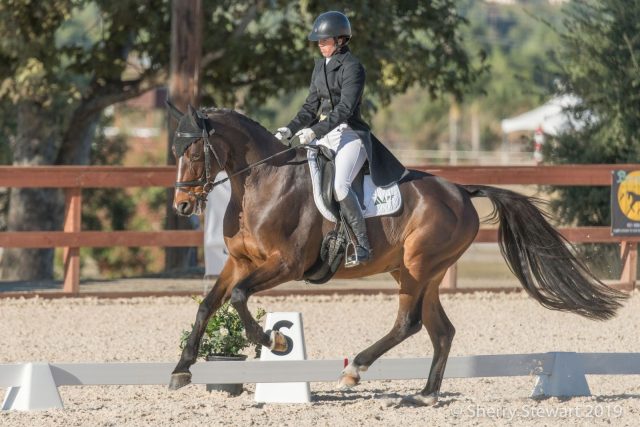 Riders from the Northwest followed in the standings after dressage. Sitting second is Sara Mittleider, of Idaho, and La Paz, nearly five points back on a 33.30. 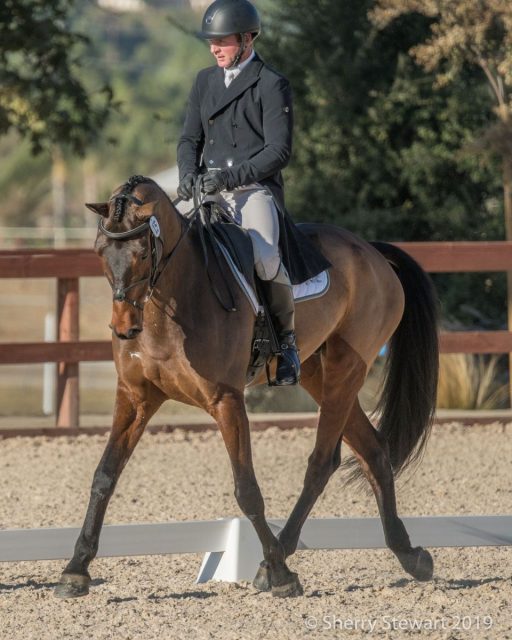 Marc Grandia, from Washington, and Campari FFF are third with a 38.50. 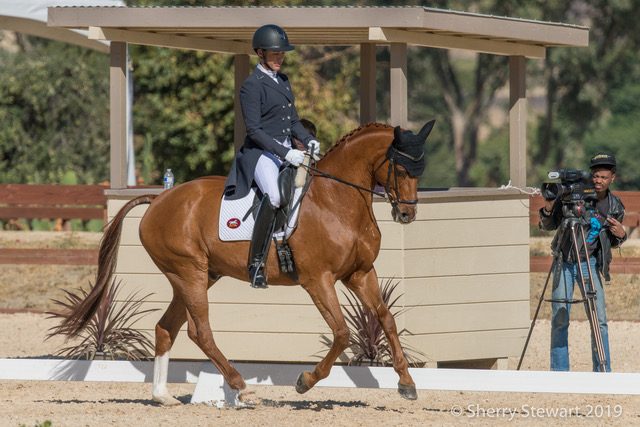 As usual when so close to her home barn, which is across the street from the Galway Downs Equestrian Center, Tamie had a busy day with multiple rides. She took an even bigger lead in the CCI3*-L on another of Ruth Bley’s stars, Danito, a 10-year-old Hanoverian. Danito was second to En Vogue at the Intermediate level at this year’s American Eventing Championships in Kentucky, and his star is rising just as fast despite less than impressive early years.

Imported by Ruth as a 4-year-old sale prospect, Danito failed to get anyone to fall in love with him until the summer of 2018. Ruth had sent him to Tamie to sell, but after a month, “I called her and said, ‘Are you sure you want to sell him?’” Tamie shared. “I think he’s got all the ingredients.” They agreed to keep him through 2018 and their ascent has been steady and impressive. “He’s been a tricky horse. He’s got all this movement and he doesn’t always know what to do with it, so he can get tense. It’s been all about building a partnership.”

Of the performance that earned a 24.30 from the judging panel of Jane Hamlin, Bobby Stevenson and Bea DiGrazia, Tamie said,“He really couldn’t have been better: that was his best to date.” USEF eventing chef d’equipe Erik Duvander was equally enthused. “When I came out of the ring, Erik said, “That’s probably as good of a test as you had with Mai Baum at the Pan Am Games.’” Which is interesting because Tamie revealed she’d had Danito in mind for the Pan Ams before a pilot snafu and subsequent fall at a spring competition derailed the idea. 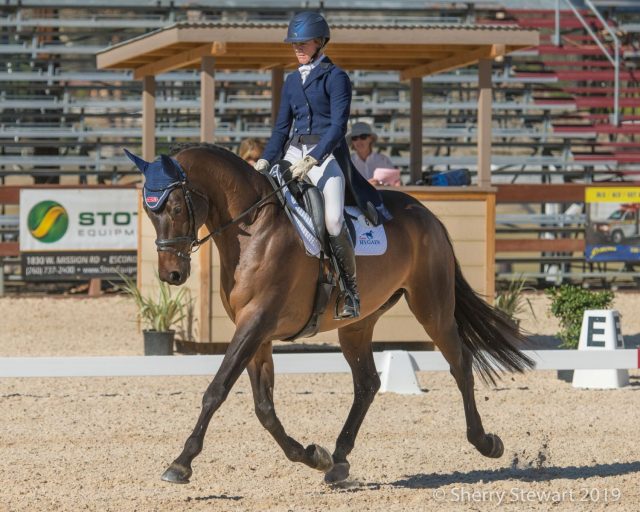 Jess Hargrave and her own Regenmann are second with a 31.60. 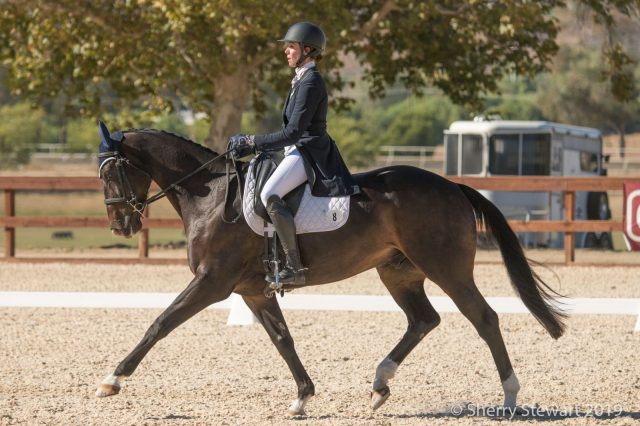 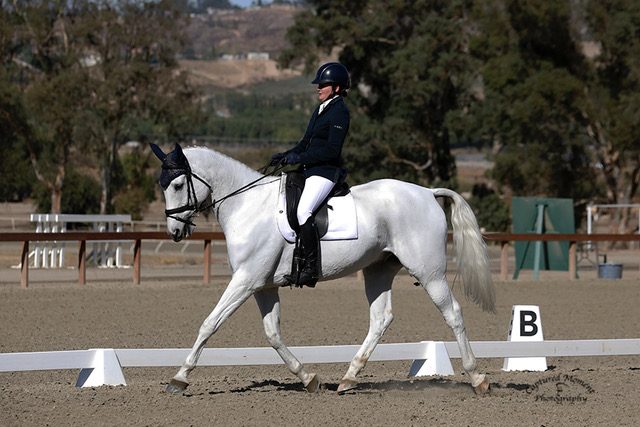 Concurrent with the 3* and 4* dressage, 17 contenders began the last of the year’s Hylofit USEA Classic Series Training Three-Day runs. Whitney Tucker Billeter and Bill’s Midnight Magic led the field with a 25.90 from judges Amanda Miller and Wendy Wergeles.

“He’s always tricky in dressage, because the longer I’m on him the more amped up he gets,” explained Whitney. She’s been an assistant for 15 years to Erin Kellerhouse, who had campaigned Magic up to the 2* level. Whitney used her ample experience with the horse to keep him focused for show time, with help from a morning jog that helped keep his brain “busy but not over excited.” Injuries have sidelined him a few times over the years and Whitney was thrilled to get the ride on the horse owned by John Herich last year.

Friday’s endurance phases — roads and tracks, steeplechase and cross-country — will require more focus, especially with the home field disadvantage that can lurk for horses, like Magic, who live at the venue. Whitney was confident he’d come out Friday “ready to play the game.”

The CCI3* and 4* divisions have Friday off as the 46-horse CCI2* division occupies nearly a full day of dressage, along with national levels Intermediate through Beginner Novice and the endurance phases of the Training Three Day.

Live scoring is available at www.EventEntries.com and www.RideOnVideo.net is live streaming the action on Saturday and Sunday.

The competition and fun festivities are made possible thanks to generous sponsors: Devoucoux, California Horsetrader, CWD and Parker Equine Insurance.