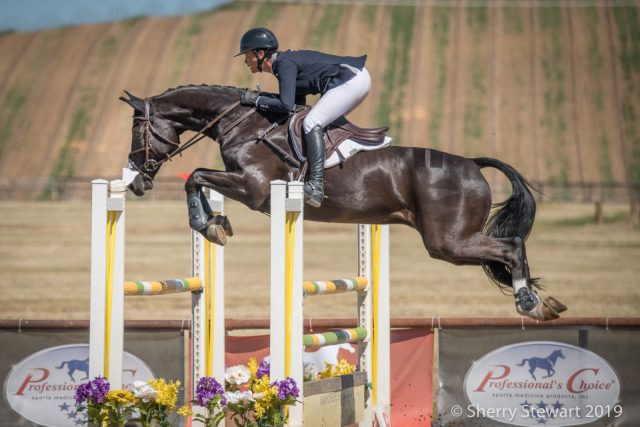 After near domination of the CCI3*-L cross country track yesterday, Tamie Smith felt one of this sport’s many valleys as she and her final ride, Ruth Bley’s Danito parted ways at the final water.

Fortunately there are no broken bones, but she took a pretty hard hit to one of her ankles. Tamie is one tough cookie and decided she wasn’t going to let it stop her from giving the rest of her string the finish they deserved, especially considering the three-star division stood as the only 2019 west coast qualifier for the this year’s Pan American Games.

By Sunday morning, she was as good as gold (at least in the saddle), and claimed both the CCI3*-L win as well as second place with Mai Baum and Fleeceworks Royal, respectively.

Alex and Ellen Ahearn and Eric Markell’s Mai Baum, a 13-year-old German Sport Horse (Loredano x Ramira, Rike), was right at home in the top spot from start to finish. Only one second on cross country marred his final result, which stands as 25.3. 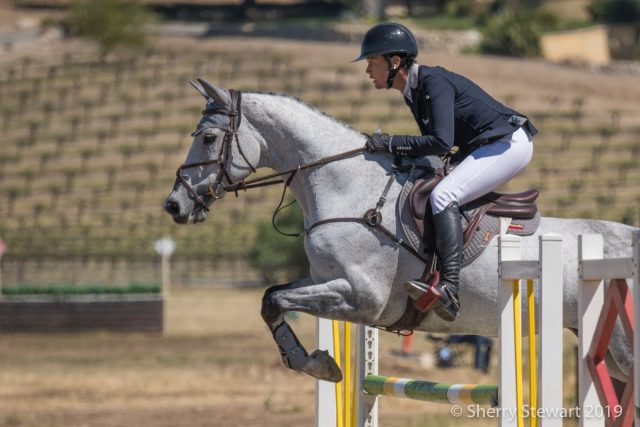 “I felt the best on Fleeceworks Royal,” Tamie told USEA’s journalist, Jessica Duffy. “Her and my partnership is finally just 110 percent which makes me really happy. It felt good, I just didn’t really have the use of my left leg which felt really weird. But she’s just so good.” 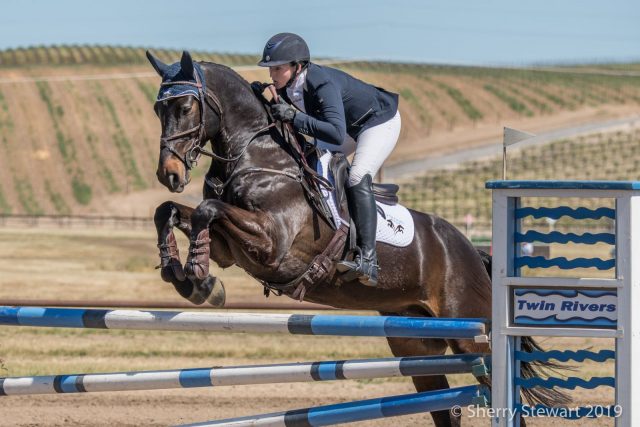 Amber Levine and her own Cinzano, an 8-year-old Holsteiner (Classe x Walta, by Corrado I) gradually climbed the leaderboard this weekend, starting in ninth after dressage, then nailing two fault-free jumping phases for third place on 33.4. 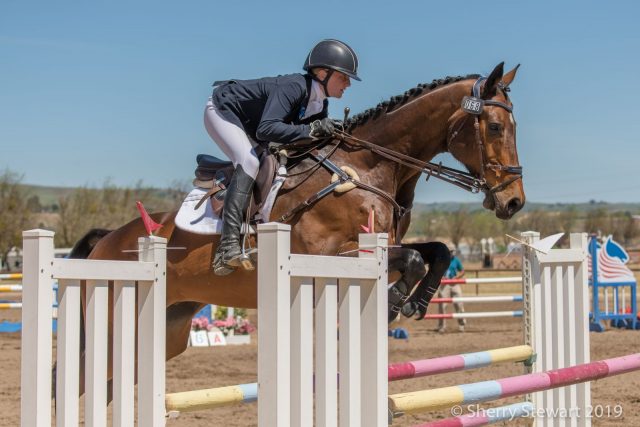 Meg Pellegrini is a force to be reckoned with on the west coast. She and her RF Eloquence, a 14-year-old Holsteiner (Contender x D-Ginger, by Grundyman xx) have now won back to back two-star competitions after a Galway Downs CCI2*-S victory two weeks ago and now the CCI2*-L here at Twin. This win is courtesy of an FOD on a score of 29.8. 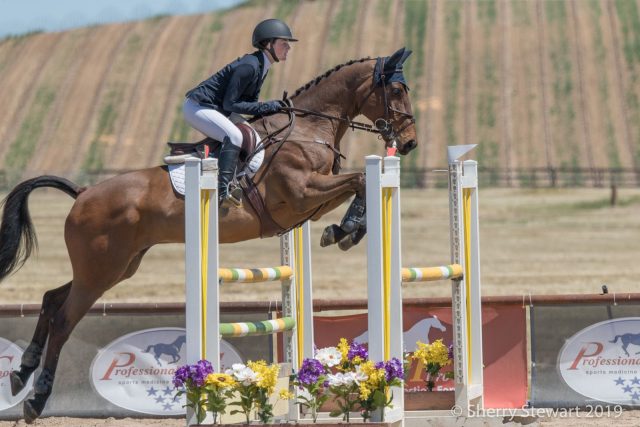 Savannah Gwin and her Glock Pullman, a 13-year-old Warmblood (Coriall x Ahdonna Pullman) captured second place on a score of 31.3. 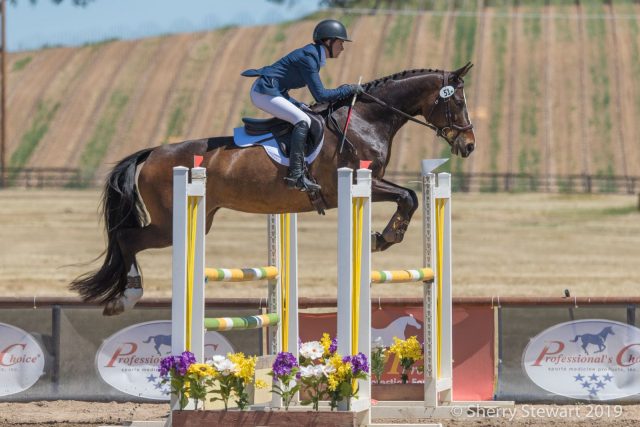 Megan Compton was third with Coco Mademoiselle W,  her 9-year-old Westphalian (Coronas 2 x Sierra). This pair climbed from fifth after dressage, going double clear in both jumping phases for a final result of 31.8.