We’ve been closely following the ADM Alliance Nutrition feed controversy since January, when it was revealed that ADM feed at multiple eventing barns tested positive for monensin, a substance that is toxic to horses. Numerous horses are now undergoing continuous testing, treatment and monitoring while owners search for answers as to why this has happened and what it means for their future. You can follow along with EN’s coverage at this link. 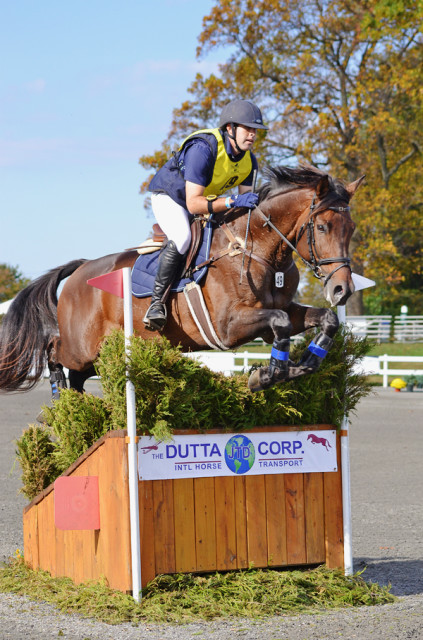 After being sidelined from work since January of this year, the Trakehner stallion, Tatendrang, has officially been cleared to return to work after being exposed to monensin via ADM Alliance Nutrition feed.

Initially, the 9-year-old stallion owned by Anissa Cottongim passed blood tests and echocargiograms, the results of which indicated no problems. However, a stress test did reveal potential problems, so the recommendation was made to scale back “Tate’s” work load to prevent any overload on his heart.

Yesterday, an update was posted on the Tatendrang Facebook page, announcing that Tate was cleared to return to full work, which means we’ll soon be seeing him back out on cross country:

I have some REALLY REALLY good news! Tate went for his follow up appointment with Peterson and Smith today for the monensin poisoning. His echocardiogram showed that he is HEALTHY!! His heart looks “great” and he is CLEARED to go back to full work! Now he has to build back up and he has a slight strain that is also being looked at while he’s down there, but the light at the end of the tunnel is finally starting to get bright!

Y’all have no idea how hard the past 6 months have been for all of us to be sitting on the sidelines so to get this news today was a joyous and thankful occasion for all of us! I’m hoping that we will have a plan of his first horse trial in the next few days – but for now a huge weight has been lifted off my shoulders and my heart is light for the first time in a long time.

We are thrilled to see that Tatendrang’s time off seems to have cleared him of residual issues from the exposure to monensin. We’ll post more updates on Tate and the rest of the horses from Andrew Palmer’s barn as they become available.