I’ve always been #teamfoam because of my experience with various saddles over the years, and the fact that I’ve always ridden lots of different horses throughout my life.

Since I was 21 and just graduating college, until now at 39 years old, the number of horses I’ve owned at a time has ranged somewhere between two and nine (and yes, I know I have a problem). With that many different horses, I just couldn’t afford a different saddle for every horse. Foam panels offered what I needed — something that fit all of my horses relatively well as they ranged from hard-to-fit OTTBs, to short and stocky Quarter Horses, to a variety of warmbloods and cross breeds.

Or so I thought.

It all started fresh out of college when I got my second horse, a high-withered OTTB that was nothing like my childhood Quarter Horse. There was no way they’d fit in the same saddle. Not even close.

After faxing many back tracings and calling saddle companies all over the world (this was 1998 kids, when the Internet was just a newborn), I opted for the best saddle in my budget that would work for both horses: an air-filled panel saddle with a changeable gullet system. I felt so high-tech and on the cutting edge of saddle technology. You could change the gullet, and air panels meant it never conformed to one horse — how cool! 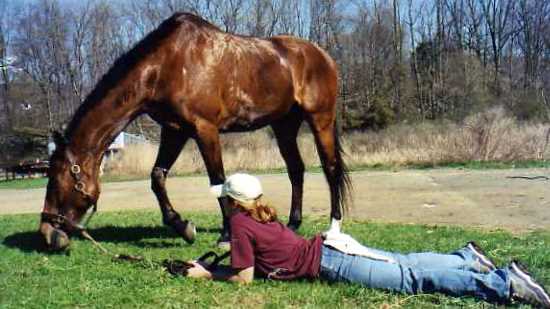 He was a full hand taller at the withers than his back. If that’s not a hard to fit back, I don’t know what is.

Then over the years, the more we did, the more I realized the air panels really weren’t doing my horses justice and the metal gullet plates were causing more soreness than I had thought. Soon enough, it was time to start adulting and save up for the big purchase: a custom French saddle.

I was excited, nervous and mostly thrilled (I’d never purchased a saddle that cost more than $1,500 before). When I test-rode in the saddles, I found something that not only worked for my horses at the time (the herd had grown to five at this point), but also was able to fit my very awkward leg.

You see, I have an incredibly long femur and very short calf and I’m all of 5’3”, which means I need a short forward flap and child’s leathers. Finding that in an off-the-rack saddle was impossible. As I had also started hunter pacing and riding with the local fox hunt from time to time, I quickly learned that a standard flap was doing me (and my poor horse’s back) no favors as I could barely clear the saddle if I wanted my leg to stay on the flap. 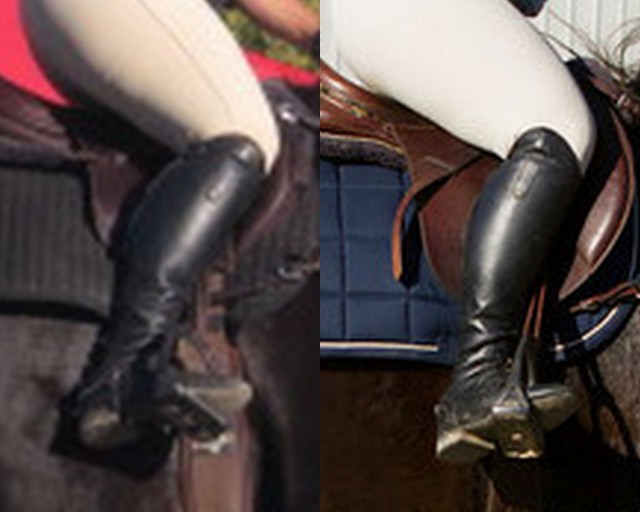 The fit of the flap and my overall balance in the saddle made a huge difference in my riding (new saddle at left, old saddle on right).

So I placed the order and waited … and the day finally arrived, the saddle was here! My main and very picky horse immediately bucked me off in it, and then decided it was acceptable. It fit my leg like a glove. And for the next few years it was a total dream. I even wrote an article about why I was #teamfoam vs. #teamwool that was published in the Plaid Horse, and I swore I’d never change teams.

Until now. Almost four years later, my former FEI international show jumper/eventer is finally back to work after a two-year struggle with Lyme disease. We’ve been through rounds of antibiotics and finally tested negative, adjusted his supplements to find just the right mix, and voilá! He’s back to moving like the horse he used to be — he even jumped a 4’ fence to get to the grass on the other side.

Pulled out the old air panel saddle and he was better still, offering a flying change over a 2’ raised cavaletti just because. Shoot. And when I felt the two saddles side by side, the foam had definitely hardened and the air-filled panels had more flexibility and give. Back to the drawing board… 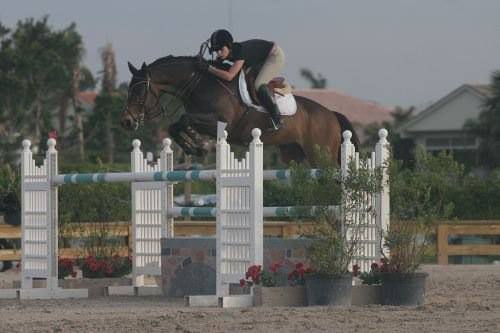 Tyler back in his prime show days with former owner, Shannon McGrath South of Broad Show Jumpers and Sales.

And so the research on saddle panels began, yet again. I read that foam can lose its give and harden. I learned that it can retain heat. I learned that redoing the panels on a foam saddle can be $500 — or more — and take several weeks until my saddle was returned (ouch!). I started reading more about wool as I knew that air had too much bounce, especially for fox hunting and jumping.

Through lots of posts on social media, and thanks to the urging of a few upper level rider friends (I’m looking at you, Laine Ashker and Bunnie Sexton), I scheduled a fitting with my local County Saddlery rep to revisit the concept of #teamwool. The fitting is tomorrow, and we’ll see what that brings. It will be a lot to take in, as we have five horses to work through, and a lot of saddles to compare. Stay tuned for more in the saddle fitting saga….