Sam Watson, founder and product director at EquiRatings and 2018 World Equestrian Games team silver medalist for Ireland, wrote a thought-provoking opinion piece last week about the future of eventing. Thank you to EquiRatings for allowing us to share this article on EN. Click here to read more articles from EquiRatings. Go Eventing. 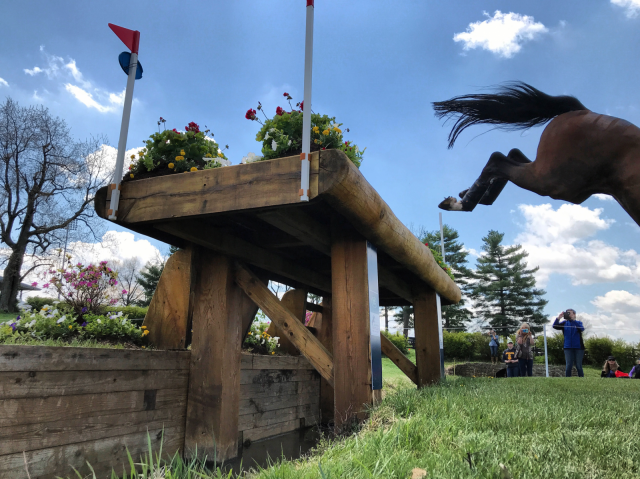 Last week I posted the ‘why’ article. It posed the question of what the objective of eventing should be – why should we do what we do? Those questions will ultimately be answered by people with far more experience and knowledge than me, but I have since been asked for my opinion, so here it is…

No one will write the ideal script in a week, so expect flaws in my initial draft. Like most things, you will get it wrong plenty of times before you get it right, so I’m sure the key principles will evolve or even pivot. However, it is times for progress, not perfection…

Objective: To have three major events that each attract 5 million viewers. To be achieved within the next five years.

Why 5 million viewers? If 5 million people want to watch the sport then it is a great spectacle. There will never be 100% agreement about the ideal length of a cross-country course, the max height of a show jump or whether dressage technicality should increase, so we should focus on a macro objective that has more commonality. Successful sport should inspire and excite – the metric to assess if we are achieving that is viewership. The figure of 5 million will need refining – the objective should push the boundaries of what is possible, but it should be achievable.

Why three major events? Regarding growth, the foundation of the overall economy, if you can’t see it you can’t be it. You have to put your sport in front of viewers if you want growth and economic health. Children pick up a tennis racket because of Grand Slams like Wimbledon or a golf club because of Majors such as the Masters. Showcase your very best, therefore a select group of events that push the elite athletes out of their comfort zone would be my idea of how to sell our product.

Why within the next five years? If your goal doesn’t have a timeline then you are less likely to achieve it and you are highly likely to be inefficient. No more trying – trying is accepting failure as an option. It is time to do.

Why test? Top sport is about athletes performing to a level that the average person believes is impossible. That is what entertainment is about. Similar to magic, the best sport is about fascination and amazement. If what the very best do looks possible then it isn’t testing enough. I don’t know how someone returns a tennis serve that is it at over 250kph…seriously, it’s insane!

Why the best? Be elitist, not inclusive. The Olympics takes athletes based on quotas, not talent. Who is the best Icelandic tennis player? I doubt 5 million people can answer that question. If you want to reach the pinnacle of your sport then you should get there because of how you perform, not because of where you are from. Inclusivity is an important growth tactic but it shouldn’t be the core strategy. So, we should design the sport to test the best rather than facilitate a diverse group.

Why safely? The first reason is obvious – because we care. If a horse owner was down to their last euro, they would buy a scoop of oats rather than a loaf of bread. Secondly, If the objective is viewers then you have to balance two factors incredibly skillfully – excitement and horse welfare. You won’t get sponsors or air-time without an acceptable level of risk, but you won’t get 5 million viewers without a phenomenal test of human and equine skill. Managing risk alone is not enough; we must create a phenomenal product for consumers and participants.

On a personal note, I believe that equestrian sport gives a huge amount of satisfaction to horses. It is well documented that exercise is vital for mental health in humans; I believe the same goes for horses. I also believe that it gives horses a superb quality of life, and incredible levels of care are the norm rather than the exception. However, I fully acknowledge that we use horses for our pleasure. Out of respect and gratitude, it is our duty to manage risk as best we can. We will not eliminate it – if we eliminate the risk then we eliminate the sport.

We test a wide range of athletic, mental and skillful attributes across three phases called dressage, show jumping and cross-country. These attributes include speed, footwork, accuracy, power, carefulness, submission and fitness. I’m not going to write the entire script…!

How we test these attributes is by setting a test and scoring it using a penalty system. The way the scoring system is designed facilitates the emphasis placed on each set of attributes.

Why we design the sport this way is to set the most extreme test of skill for the human and equine partnership. While we avoid pushing any one physical attribute to an extreme level, the complete test of attributes makes the sport the most complete, difficult and exciting test of horse and rider.

Not only is cross-country a fascinating and amazing spectacle, capable of capturing the hearts and minds of 5 million viewers, it also presents a test of skills that cannot be seen in any other branch of equestrian sport. In terms of what we test, place more emphasis on cross-country than we do on dressage and show jumping. My personal recommendation would be 20:60:20 as the ratio of influence on dressage, cross-country and show jumping. Why? It is unique and exciting.

Unlimited rewards for dressage performance but an optimum time in cross-country does not work. Growth in sport means increased competition, and this has resulted in people going after that unlimited advantage in dressage. Our sport gravitating towards dressage horses going cross-country, rather than cross-country horses being trained for dressage, takes away from our USP. We have adapted our horses and our training systems to help us win, but ultimately the sport will lose.

We made a mistake; we had a glitch in our scoring system that didn’t get exploited until the steeplechase phase was removed and the sport grew. We can fix it, but we need to act fast. Cross-country penalties at top level are increasing because the modern horse lacks the capabilities. If we adapt the sport to suit the horse, we will not recover.

Controversial…! This is how we achieve more emphasis on the thrilling cross-country phase. It requires the horses to be more talented, it requires the athletes to be more skilful and it produces a spectacle that is more exciting. It is so simple and obvious. Far too many people make the time on cross-country that it cannot be an elite, fascinating and amazing test. Why hasn’t it happened? We are scared of bad and dangerous riding. Is that the mentality of Formula One? We’ll drive slower so that the average driver can fulfill their lifetime ambition and compete at the top level, even though they present a higher level of risk?

I would love to play a few games at Wimbledon with Federer, play the back nine at Augusta with Rory McIlroy, have a go as striker for Manchester United and drive against Lewis Hamilton in the Monaco Grand Prix. None of those things will ever happen. Why? I am thirty-three. No one starts out in those spheres at thirty-three and has time to meet the required standard. Raise the bar. The right people will jump higher.

Grassroots level is the heartbeat of the sport. It makes it work; it also symbolises our wonderful character. However, have you ever seen a heart beating? The top level is the face of the sport. In entertainment, and sport is entertainment, the face sells. We die without grassroots but we also die if the grassroots are drawing more attention than the face, or in this case, than the professional level of the sport. We don’t need to change the grassroots. Increasing speed probably wouldn’t work. We just need to make our face more interesting!

Why professional? In order to raise the bar and increase the test we need professional levels of accountability. If you jeopardise the welfare of your horse, yourself or your sport, then you suffer the consequences. If we want dressage judging to be impeccable, then invest in that level of professional service. If you want athletes to inspire and amaze five million people, then create an environment and a culture that will facilitate that. If you want to increase speed, then you need better ground conditions which means you need professional venues and teams.