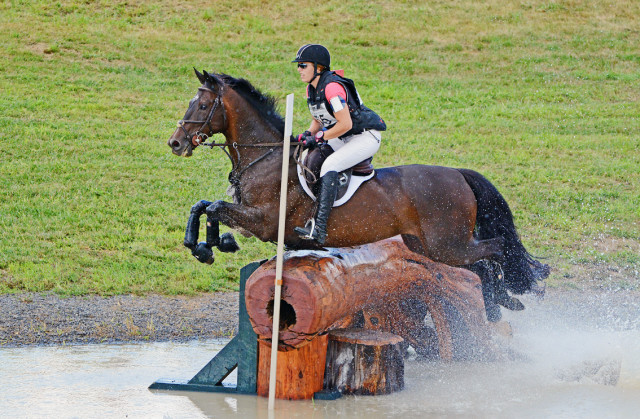 Taryn Nolte and Cleverly at Millbrook. Photo by Jenni Autry.

Until the winter of 2010, Taryn Nolte was a pure show jumper, having no cross country experience whatsoever. She was working for Michael Walton down in Wellington, showing one of his horses in the High Amateur Owner jumpers and doing quite well when he got hurt and she was left without a mount.

With a trip with Michael to pick up new sales horses on the horizon, Taryn was hopeful that she might be able to find something to fill the hole in her life. Upon arriving at Acorn Hill, a breeding facility in Madison, Virginia, she inquired if the owner had any young horses that were giveaways due to their unsaleable nature. As luck would have it, there was a well bred 6-year-old gelding that they were very willing to part with.

“When we got there, the owner took us to Clever’s stall, and he was just cowering in the back,” remembers Taryn. “He was adorable, though, dark bay with a star and a snip, and I just had to have him.” 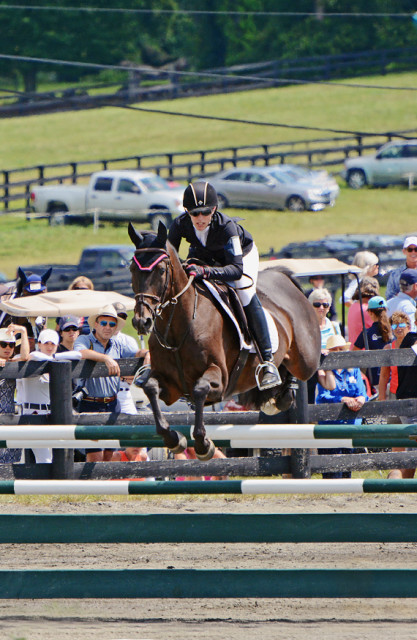 Taryn Nolte and Clevery at Millbrook. Photo by Jenni Autry.

Acorn Hill send Taryn home with Cleverly with his original papers and an agreement to not return him to the farm. His reputation was that of a horse with a bad rearing problem, a nasty temper in the barn, and difficult to deal with all around. He was more or less unstarted due to his attitude problem, and Taryn took a risk on the little monster and trailered him home.

Once home, Taryn’s trainer, Michael, was the first to sit on the horse, and they promptly discovered his talent for walking on his hind legs. Clever would rear and then attempt to run as far away from the arena as possible. When they tried to introduce a pole to him, he stopped twenty feet away, reared, leapt into the air and bolted. It was an inauspicious start.

Wisely, Taryn was advised to stay out of the arena, and trail ride Clever. “Instead of getting after him for his bad behavior, the plan was to kill him with kindness both in the saddle and on the ground.” 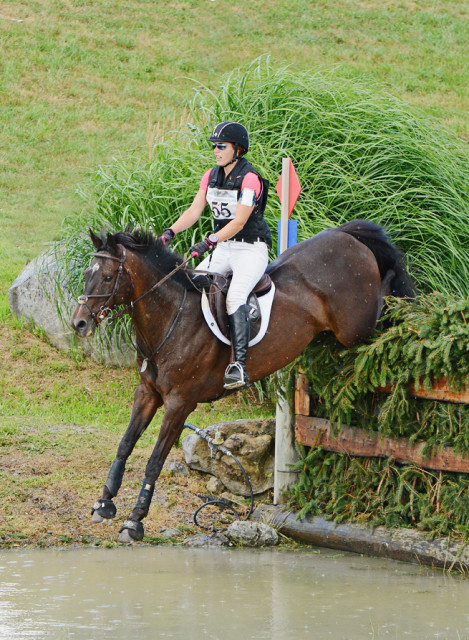 Taryn Nolte and Cleverly at Millbrook. Photo by Jenni Autry.

After a year of trail riding rehab, Clever was able to do some baby work in the arena, and at the end of summer 2011, he was successfully jumping 1.20-1.25 meter jumps at home, and Taryn was hopeful that her monster would turn out to be her next successful jumper.

The two went to Florida to test their mettle in the show jumping world, but it was not to be. “He ran me out of the show ring on more than one occasion, but during one particularly embarrassing episode he mowed down Rodrigo Pessoa as he was waiting to go next in the ring,” says Taryn. “We cleared out a few schooling rings with his signature capriole move, wherein he would rear straight up and leap forward multiple times in a row.”

On a whim, she took him to a friend’s farm in Ocala for some turnout and down time, and decided to try cross country schooling. It was there that she found Clever’s true calling, as it was clear from the first time that he absolutely LOVED cross country. “From that moment, my life and my career changed forever.” 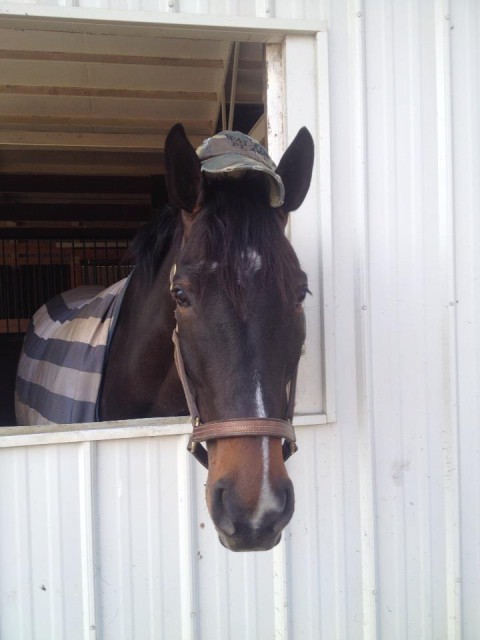 Clever at home, showing his goofy side. Photo by Taryn Nolte.

In the spring of 2012, the two began their eventing career, each taking steps they had never taken before. It was not without its challenges, as the rearing and leaping still made appearances out of the start box, but the pair steadily got more in sync.

Part of Taryn’s success with Clever has been discovering a very restrictive diet and strict feeding regime to manage his gut flora. She has found that much of his attitude was directly linked to intestinal discomfort, and has found a system that works for him.

2015 was a particular milestone for Taryn and Clever, as they moved up to the Advanced level, and jumped clear at their first CIC3* at Jersey Fresh in May. To have begun eventing together only three short years ago, they have enjoyed great success.

Clever still holds a particular disdain for the little white box, but as he gets more experience he is slowly becoming more pliable. He loves all cross country fences equally, Weldon’s Walls, giant drops into water, and big tables. He has also turned around on the ground, and now enjoys snuggling with his head on Taryn’s chest.

His quirks have not disappeared, and occasionally the capriole makes an appearance, Clever has found a passion in eventing, and a partner in Taryn. “The fact that he was worthless to someone else made me that much more determined to make him successful at something. In the process, there has been a lot of blood, sweat, and tears, which have only made our bond stronger.”