The $1 Horse Club is EN's newest series. Do you know of a horse that was sold for $1 and went on to achieve greatness in eventing? From serious upper-level horses to first-time eventing horses and young rider dream-makers to perfectly behaved lower-level packers, we want to tell their stories. Tip me at [email protected] 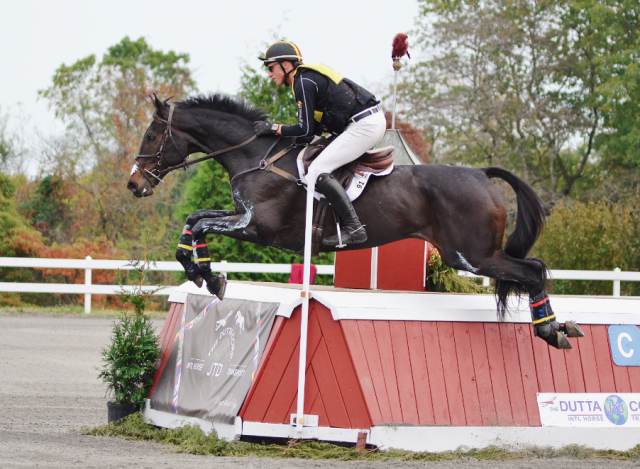 One of the greatest aspects of the sport of three-day eventing is the potential for Cinderella stories. It seems that perhaps more so than with other disciplines, we are constantly able to take horses that were considered worthless in other careers and retrain them to be superstars in this one.

The classic tale is that of the off-track Thoroughbred, bred for speed but destined for four-star greatness. However, after performing an unofficial query into the idea of the $1 horse, it became apparent that the Thoroughbred isn’t the only rags to riches tale in our sport.

What I initially thought would be a great compilation story of a few personal successes with unwanted horses becoming treasures to their riders quickly escalated into a larger series of stories. I found serious upper-level horses, first-time eventing horses, young rider dream-makers, and perfectly behaved lower-level packers. From a pool of horses that were all considered “worthless” at one point in their lives, there was a little bit of every kind of success.

One of the standout stories was that of Doug Payne and Crown Talisman, a Holsteiner/Thoroughbred gelding known in the barn as Tali. Many of you know that Tali is featured as the naughty horse on the front of Doug’s book, The Riding Horse Repair Manual, but I was certainly not aware that Tali was a member of the $1 Horse Club. 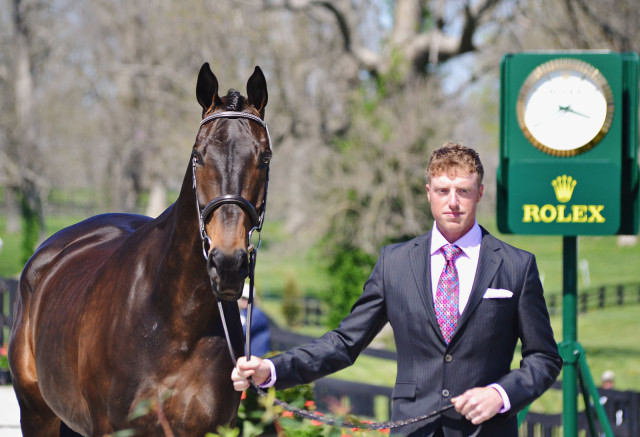 It all started in 2009 when Doug got a call from Martha Thomas, asking if he would be willing to take one of her 6-year-old homebreds on consignment, as he was proving tricky to sell. “He was green broke upon his arrival,” Doug remembers. “Unfortunately, once you hopped on, he would throw it in full reverse until he nearly hit whatever might be behind him. After that, he would just rear and buck repeatedly.”

Needless to say, Doug’s efforts to help sell the horse were not well received by the buying crowd. One day, after Tali broke loose and galloped away up the driveway, Doug happened to glimpse the incredibly expressive extended trot that we all know now, and it took his breath away. He decided then and there to take on the challenge of channeling the energy of this incredibly athletic horse.

A quick call to Martha, and Doug made his pitch. The horse was basically unsellable, but he was interested in trying to keep him. They worked out a deal where Tali would cost $1, plus five months of training for another horse. A few years later, Larry and Amelia Ross joined Doug in the partnership, which allowed him to continue to compete and develop Tali to the best of his ability. 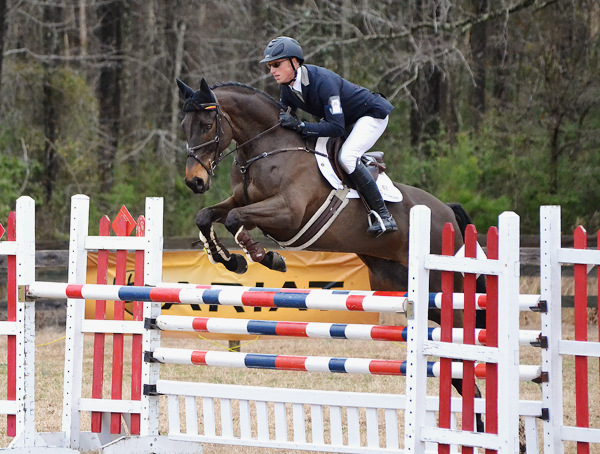 Obviously, their road to success was not without its hurdles. “He was always incredibly reactive to sound and, from day one, was the most self aware and strong horse I’d ever ridden. Whenever there was a sharp sound, regardless of what gait, he would levitate and rotate allowing him to land planted on the ground pointing in the direction of where it came. I can’t count how many times I nearly hit the dirt with this maneuver.”

However, the pure athleticism that Tali possessed ultimately served him well. He won at every national level, from Training to Advanced, and at least once at every FEI level, one-star through three-star. In 2010 he won the American Eventing Championships at Preliminary level. In 2014, the pair won the Jersey Fresh CIC3* and received a USEF Land Rover Competition Grant to compete at the Saumur CCI3* in France, where they finished sixth.

In the fall of last year, Doug received an offer he couldn’t refuse from UK-based eventer Nick Gauntlett, and Doug made the very tough decision to sell Tali. “He continues his incredible career with Nick Gauntlett today in the UK, and I will always be his biggest fan and supporter,” Doug said.

Sometimes, the most difficult horses can be the most rewarding, and when the horse came from nothing, the reward is all the greater. “I have always loved trying to figure out what make each of these athletes tick,” Doug said. “He was certainly one of the most difficult, but in the end, that’s what makes him so great. I will never forget what he has given to me; I will always be in indebted to him.”