Breeding a quality event horse capable of winning (or placing competitively, or in some cases even finishing!) a modern five-star is a feat that requires skill, creativity, bravery, and a little bit of luck. In her latest column, owner of Breed.Ride.Compete and bloodstock advisor at Willow Tree Warmbloods Amanda Chance breaks down some facts that caught her eye as we look at Burghley in the rearview.

Note: In this column, xx denotes a full Thoroughbred horse

Every time a big event is done and dusted I like to take peek through the breeding of the top 10 to 20 finishers to see if there’s anything interesting or noteworthy. Spoiler alert: there almost always is, and the 2022 Burghley field was no exception.

This year the top spots were dominated by mostly higher blood horses, with at least four of the top 10 (there’s some debate as to the pedigree of a couple horses –- more on that later) having one full Thoroughbred parent, and every single one of the top five finishers having a Thoroughbred damsire.

The real story for me though, when you dig a bit deeper, is in the incredible depth of the mare families of most of these horses.

The term “mare family” is used to refer to the female line of a horse’s pedigree (also called the tail-female line) and the offspring of the mares within that line. Most breeders will agree that when it comes to producing good horses, the mare is the more important part of the equation. Of particular interest to most breeders, aside from the particular mare at hand, is her entire mare family in general. What have they done performance-wise, and what other horses have they produced? This is something that is tracked almost obsessively by many breeders, and argued about extensively around dinner tables and online. Different mare families are even assigned numbers by many studbooks in order to make them easier to track and reference.

If we take our top 10 Burghley finishers and take an in depth look at their mare families, this is how they break down. 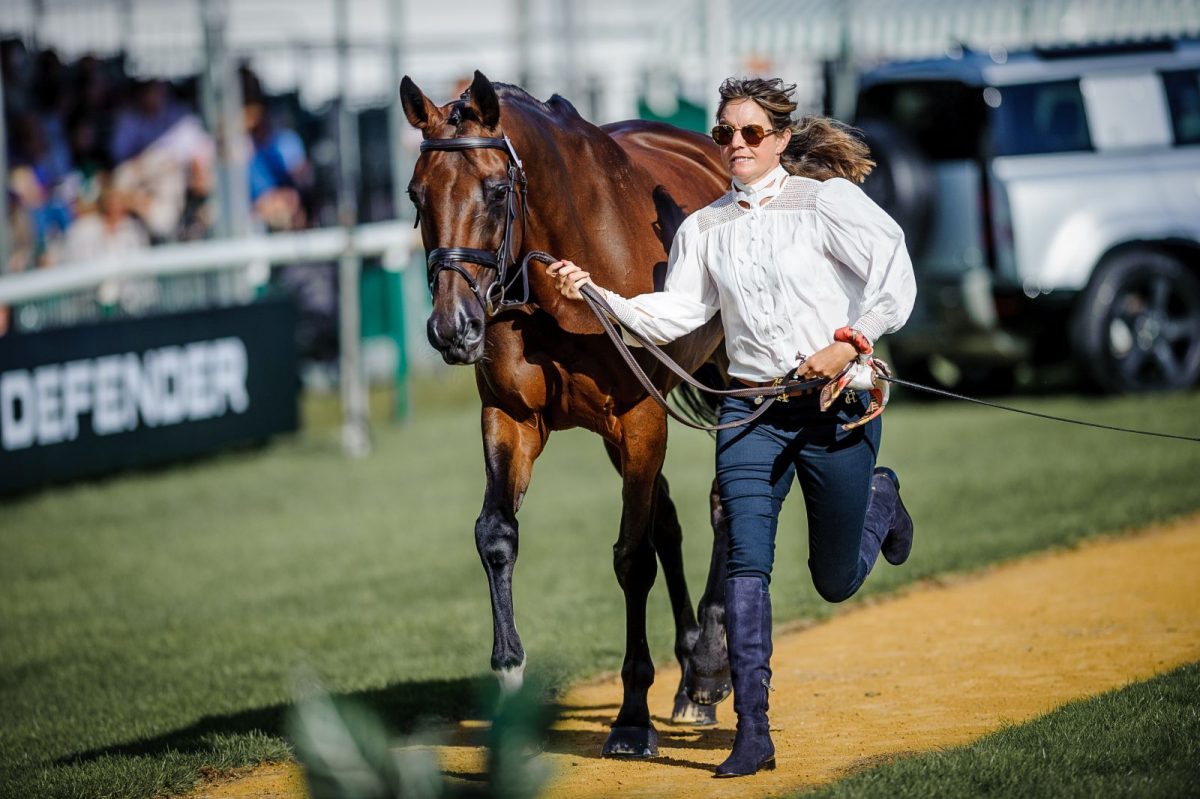 Vanir Kamira is by the 1.60m showjumping stallion Camiro de Haar Z (Challano Z x Ramiro Z) who has one other 5* horse to his credit in Fiona Kashel’s Creevagh Silver de Haar. Her dam, Fair Caledonian, was by the Thoroughbred stallion Dixi xx, out of a mare called Fair Words. Unfortunately the pedigree and breeding of Fair Words is not known for certain (she was purchased for £200 from a Horse and Hound ad) but she was believed to be full Thoroughbred. Without knowing the breeding of Fair Words, Vanir Kamira’s provable blood percentage is 48%. If we assume that Fair Words was full Thoroughbred, that means she’s more like 74%. Big difference!

While Fair Caledonian herself was described as “slightly underwhelming” (indeed she finished only 15.1h at maturity) by her breeder Kate Stevens, she has proven her worth as a broodmare. In addition to Vanir Kamira she also produced two other mares: Vanir Silver River (by Golden River) and Camacazy Diamond (by Mount Diamond Flag). Vanir Silver River is the dam of the aforementioned Creevagh Silver de Haar, Camiro de Haar’s other 5* offspring. Camacazy Diamond produced an FEI horse in Fernhill Fine Diamond, who competed to 3*-L in the U.S. with Mia Farley. 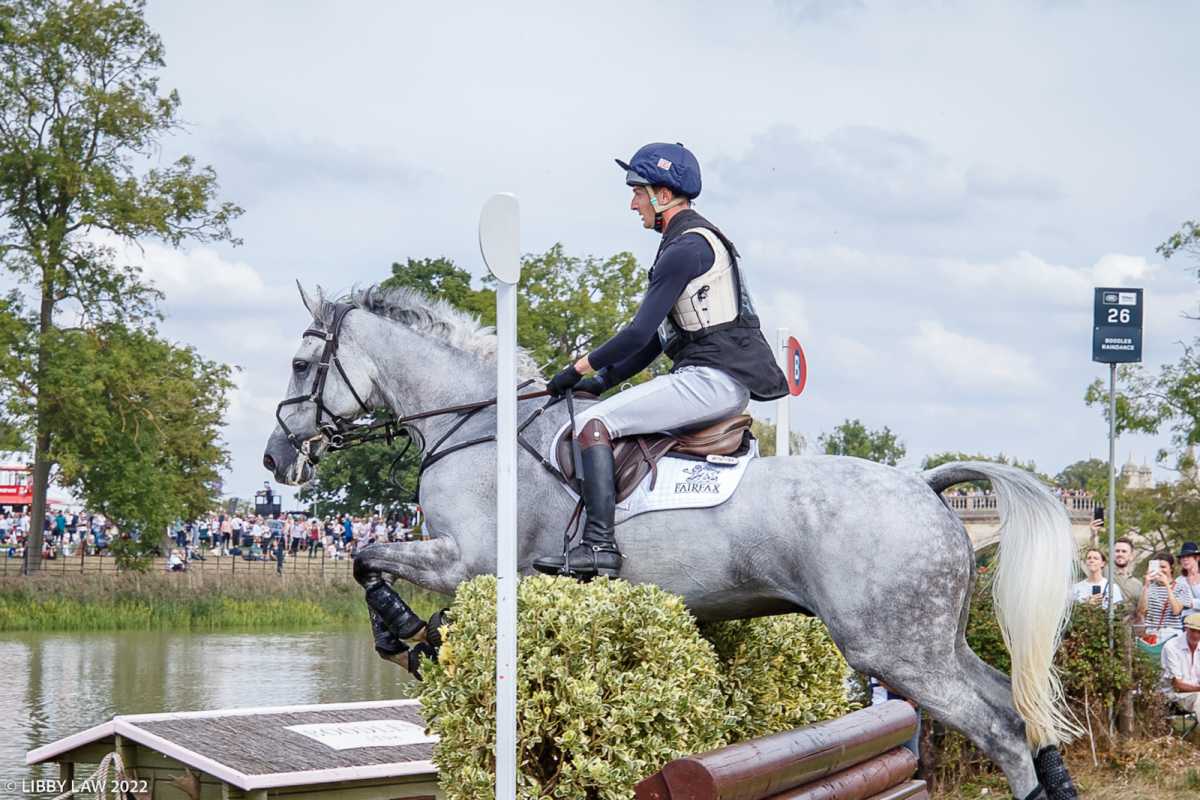 Capels Hollow Drift is by popular Ireland-based stallion Shannondale Sarco St Ghyven, who is also the sire of 5* horse Woodstock Bennett (Ryan Wood). While the documented mare line of Capels Hollow Drift’s pedigree only goes back four generations to the mare Cotton Ginny (whose dam was unrecorded) his dam, Lucky Crest, has proven to be an excellent producer of event horses. In addition to Capels Hollow Drift she also has two 4* horses to her credit: With Love and Triple Point, both by Beau Royale xx. 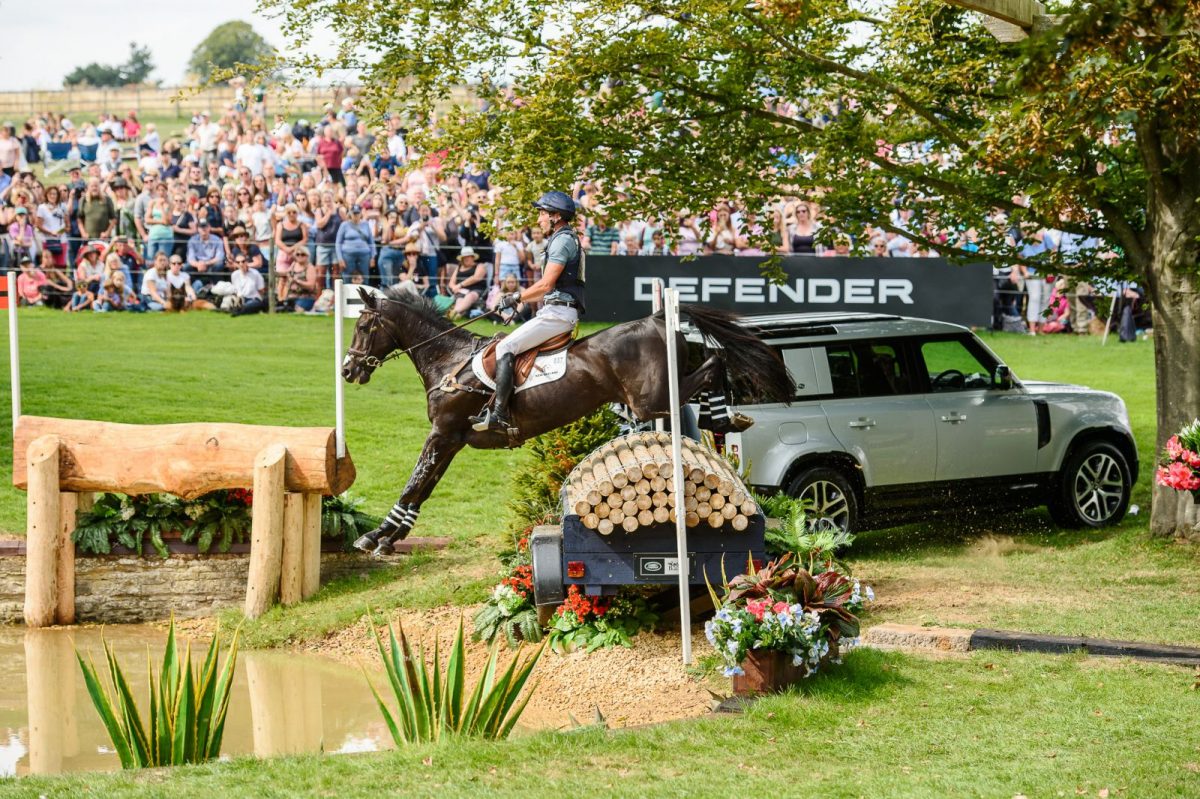 Tim Price’s Vitali steps up to the plate and grows in confidence around his first Burghley. Photo by Nico Morgan Media.

Vitali’s sire, Contender, has proven to be an excellent line for eventing, particularly through his son Contendro. Vitali’s dam, Noble Lady I, is by the full Thoroughbred stallion Heraldik xx, and it’s not a surprise to see a horse from the Contender/Contendro x Heraldik xx “nick” on the podium at a big event — it’s a popular one for producing event horses (fischerChipmunk ring a bell?).

Vitali’s dam, Noble Lady I, has a couple other performance horses to her name with a 1.30m show jumper and a 1.40m show jumper. She also produced a mare named Tessa (by Cassini) that is the dam of 1.50m showjumper Malin 21, by Mylord Carthago. Vitali is from Holsteiner mareline (also known as Stamm in German) 3317, which has also produced WEG show jumper Dominator Z (Christian Ahlmann). 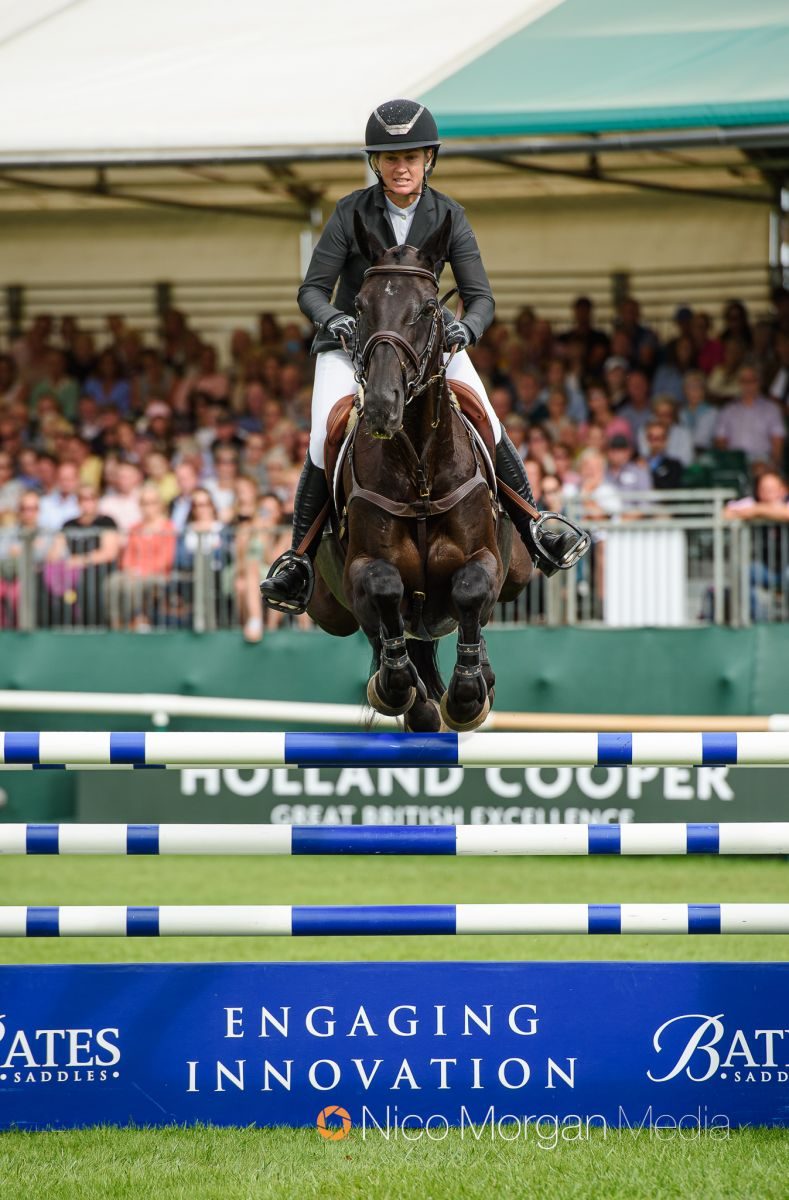 Classic Moet is another one with a partially undocumented pedigree, but we do know enough to prove that performance runs in this mare family. Her dam, Gamston Bubbles, competed to Advanced with Classic Moet’s breeder Elaine Hepworth. We know that Gamston Bubbles was 1/4 Shire, so by crossing her to a full Thoroughbred stallion in Classic xx, the resulting offspring is 7/8 TB. Classic Moet also had a full sibling, Classic Piper, who competed to 4* (Elizabeth Hayden and Michael McNally). Time will tell if Classic Moet passes on the family talent –- she has two four-year-old Upsilon foals produced via embryo transfer. 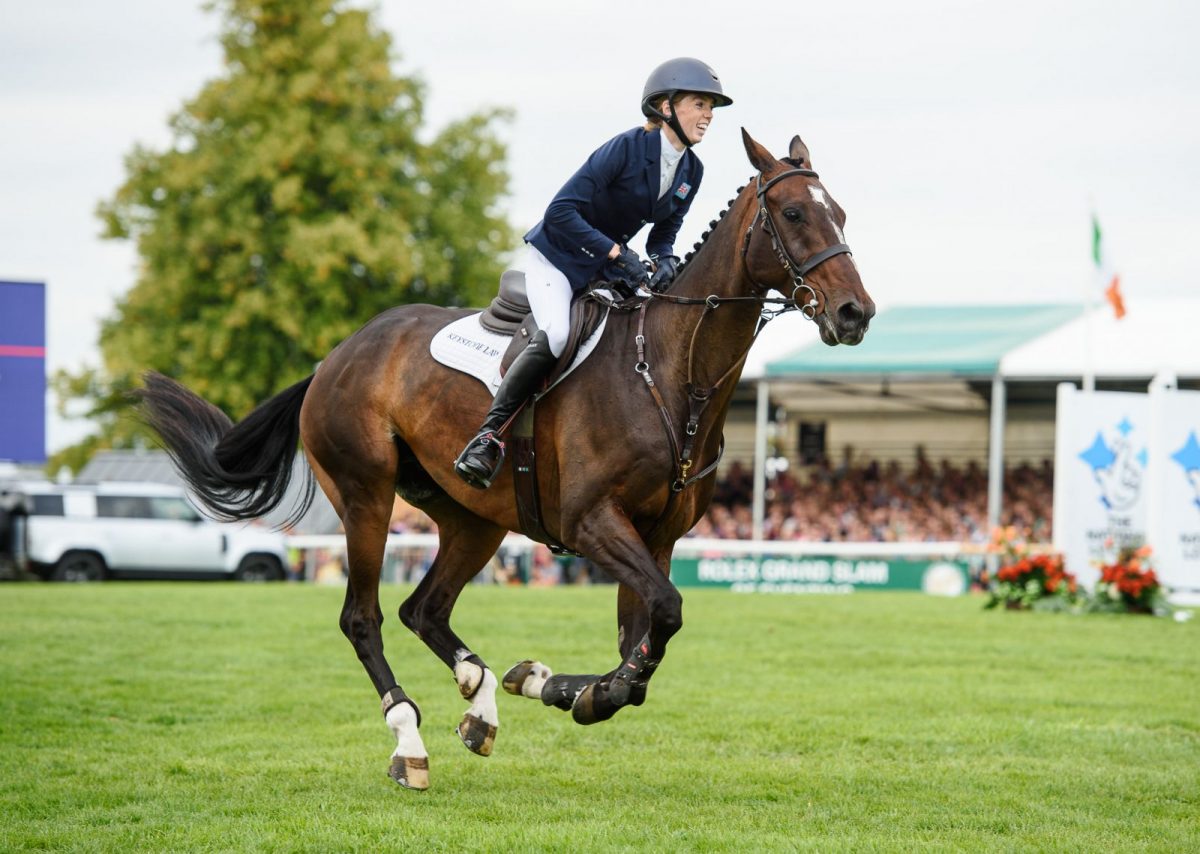 I will admit that tracking down the pedigree of this one led to me sending a perhaps somewhat stalker-ish WhatsApp message to the breeder (#sorrynotsorry), who is also rider Alice Casburn’s mother. Topspin is a second generation homebred from the Casburn breeding program, out of their Thoroughbred mare Capriati xx, who is by the stallion El Conquistador xx, by Shirley Heights xx. Capriati’s dam is a mare named Spangle that Caroline competed to Advanced. 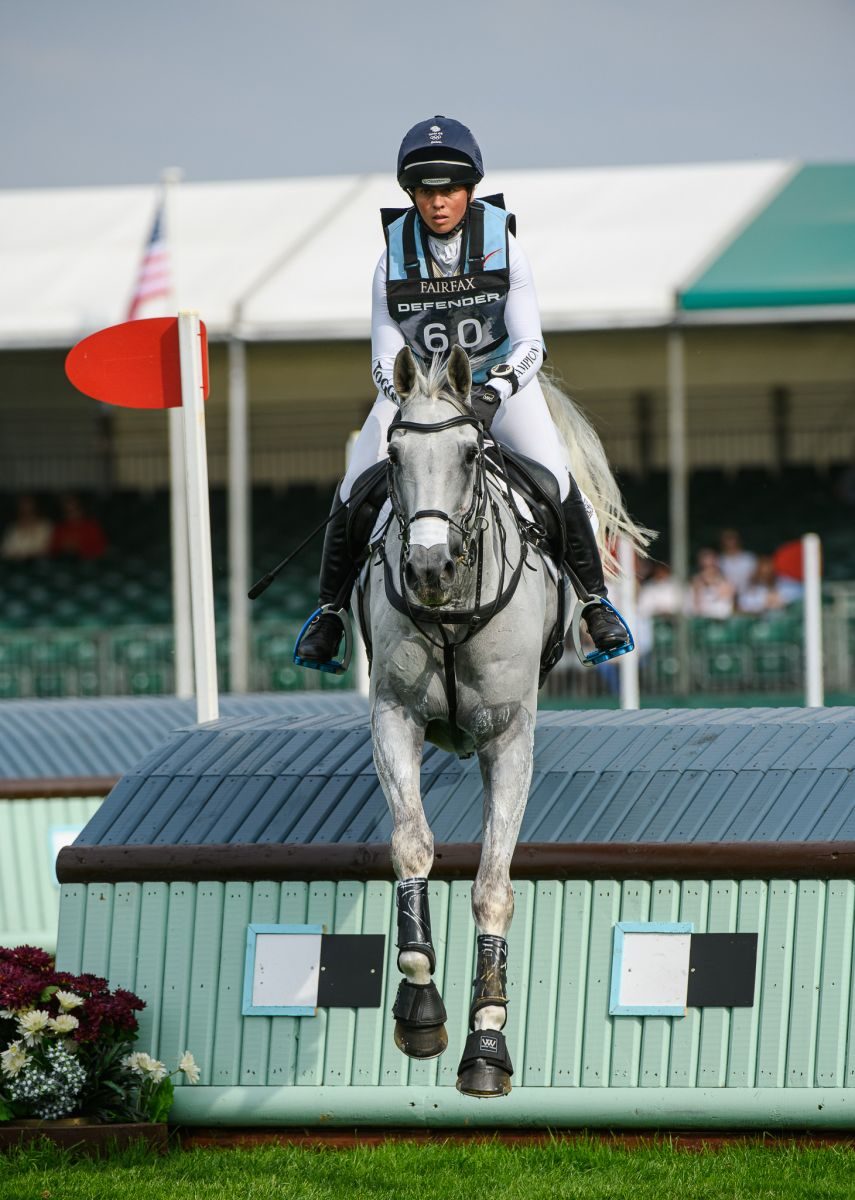 The mare family of Vendredi Biats has considerable depth with it comes to performance: in addition to Vendredi Biats it has produced 5* horse Jacquet (by Amarpour xx), 4* horse Trappeur Norman (by King’s Road xx) , 4* horse Nova V (by Starter), and 3* horse Garaut (by St Brendan xx). It can also lay claim to three 1.60m show jumpers. 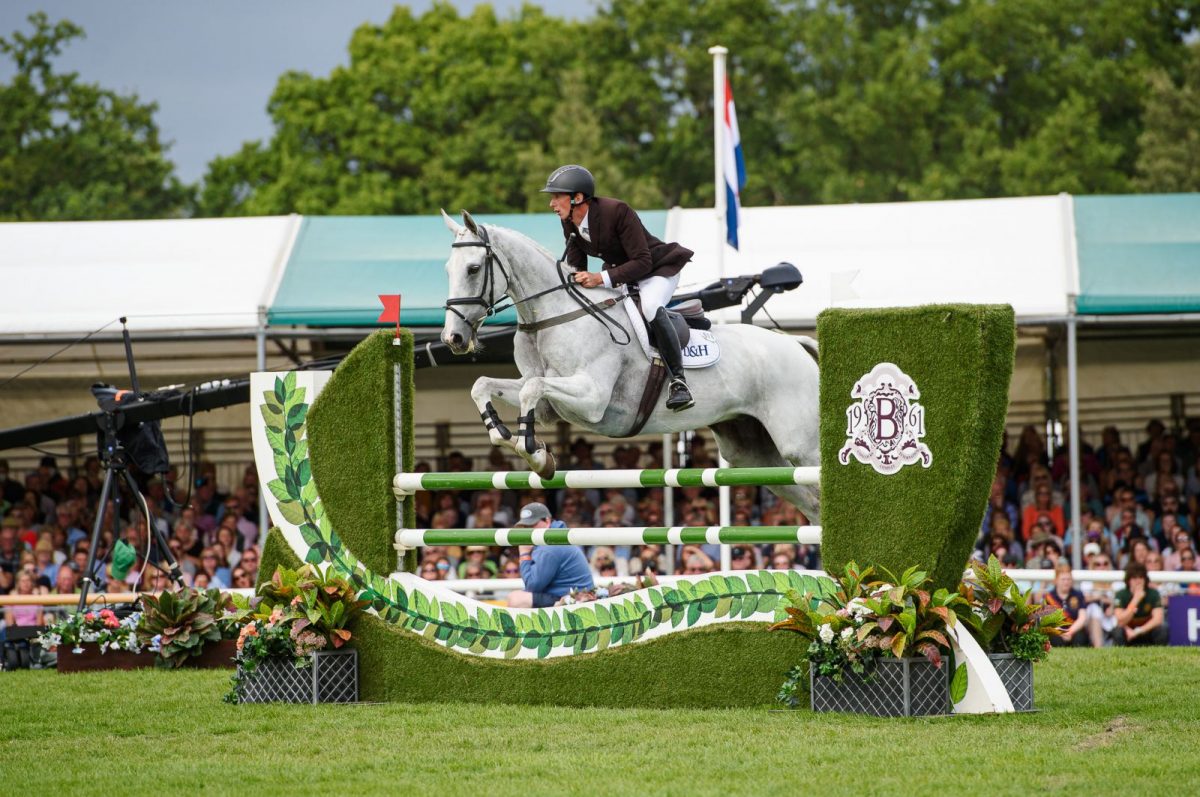 The sire of Alfies Clover, Tajraasi xx, is a full brother to Group 1 winner and successful National Hunt Cup sire Germany xx. So far at the top levels of eventing Tajraasi xx has produced Alfies Clover and 4* horse Kilballyboy Bob. On the dam’s side of Alfies Clover’s pedigree we unfortunately only have five generations before we again come to an unrecorded mare. While his mare family is not as extensive as some, his dam Aoifes Clover has also produced two 1.30m show jumpers. 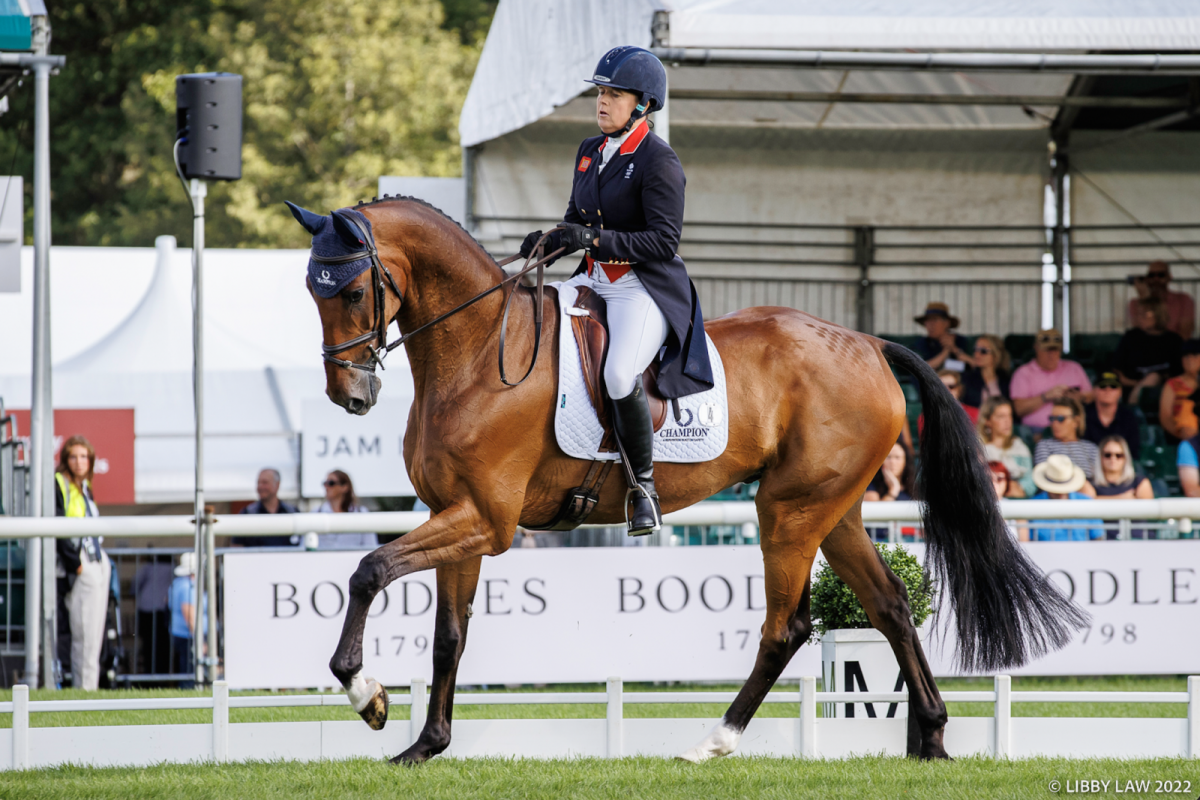 Billy Walk On’s sire, Billy Mexico, show jumped to 1.50m and is also sire to three 4* horses. In addition to 5* horse Billy Walk On, his dam, Shannon Line, has also produced two 4* horses and a 3* horse. This mare family has been particularly effective at producing show jumpers: one of Shannon Line’s daughters, Shannon Bells (by Animo), has produced 6 (six!) horses that have show jumped from 1.30m or higher, including 1.60m horse Billy Bella, by Vechta. Shannon Line herself was 7/8 Thoroughbred and 1/8 Irish Draught. 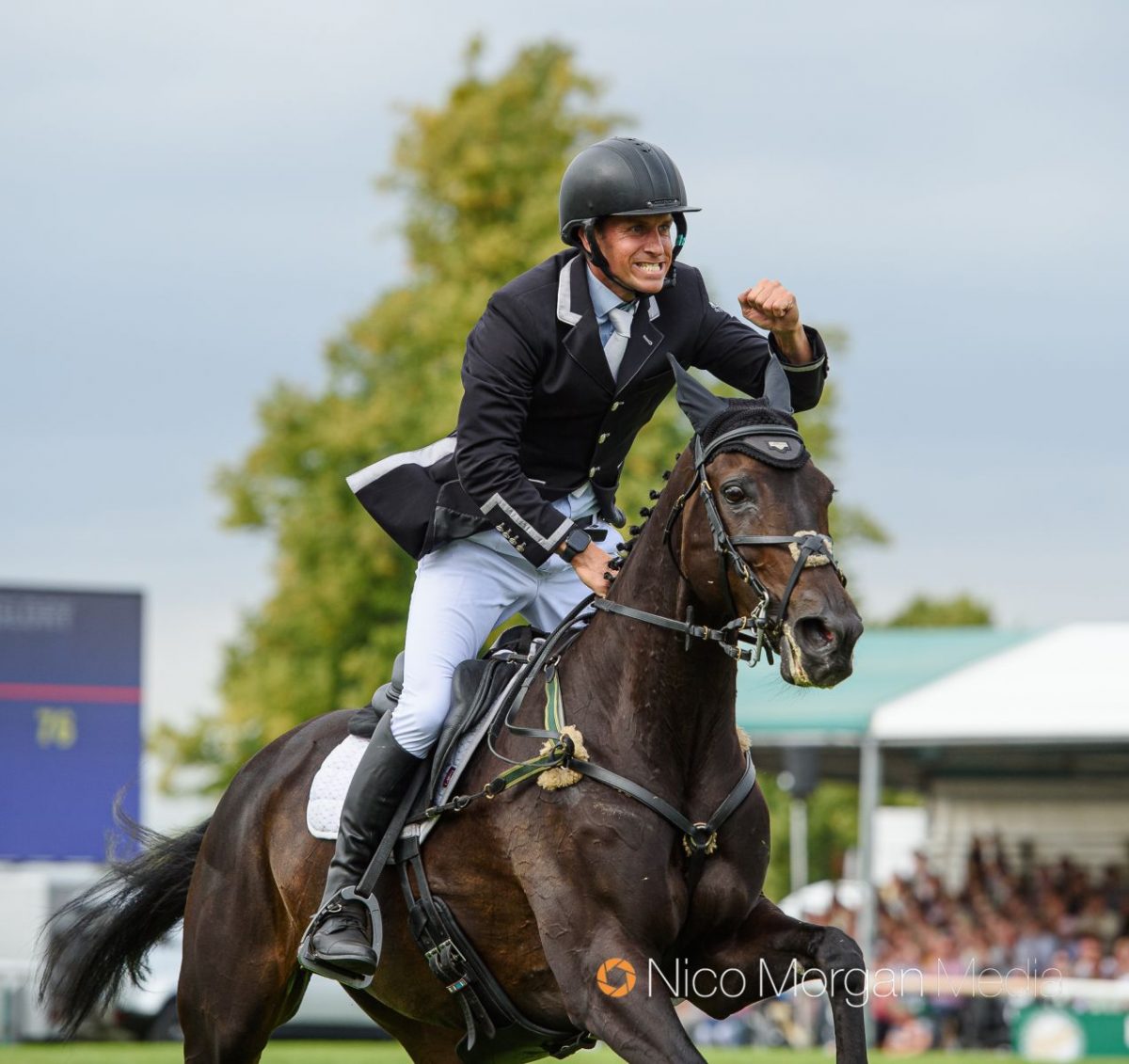 Liberty and Glory is another homebred out of a high performance mare; her dam, Little Runnymede xx, is a full Thoroughbred who ran Advanced with Tim Crisp’s wife Sofie Crisp (née Balfour). She is from the Thoroughbred mare family 1-j, the same as 5* eventers Superstition, Global Fision M, Calico Joe, and Landmark’s Monte Carlo, just to name a few.

Liberty and Glory’s sire, Caretino Glory, show jumped to 1.60m and has yet to produce any other 4* or 5* event horses. 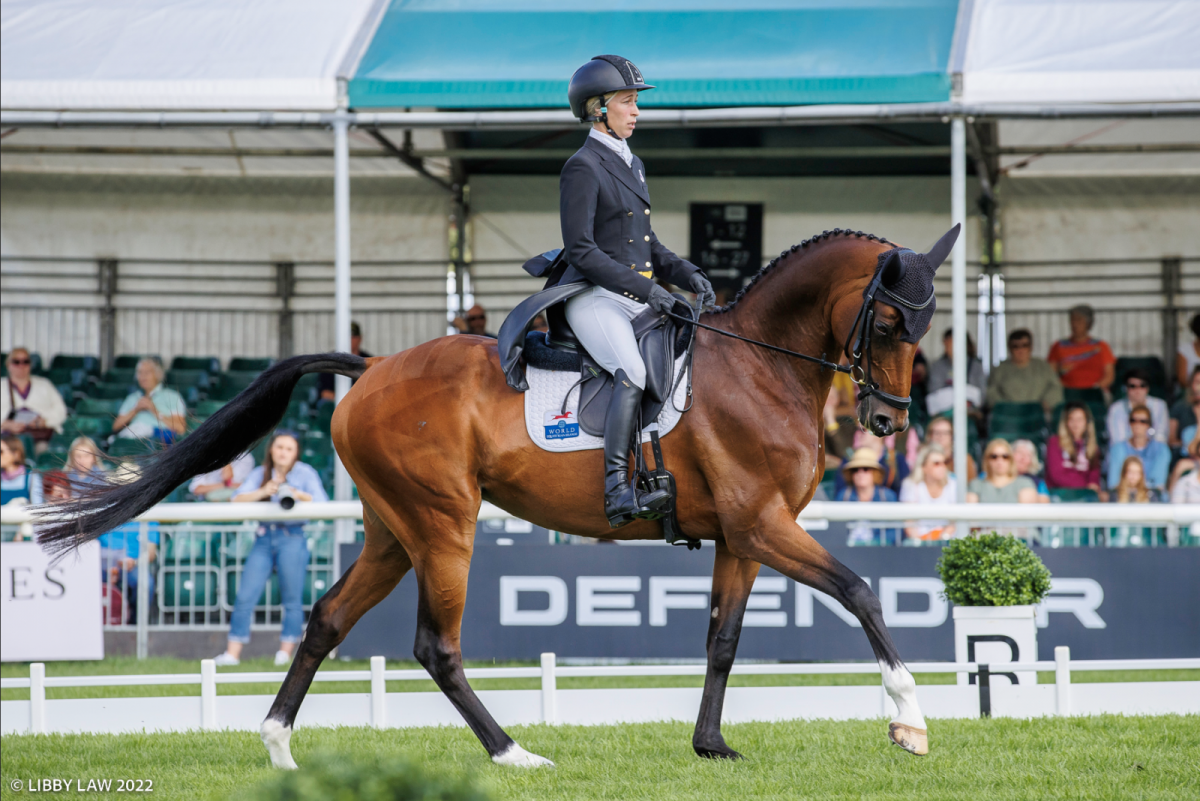 I will admit that I’ve been following this horse for years, partly because she’s just plain fun to watch and partly because I love her sire. Duke of Hearts xx, a full Thoroughbred stallion by Halling xx out of a Keonigsstuhl xx mare, was not very heavily used early on in his stud career, but despite having a fairly modest number of offspring over the age of 10 has so far managed to produce four 4* horses in addition to the newly-minted 5* horse Daytona Beach 8.

Another notable up and coming Duke of Hearts xx offspring can be found in the barn of Laura Collett. Outback finished second in the 7-year-old Championship at Le Lion d’Angers in 2021 and won the 3*-L at Millstreet this year.

Daytona Beach 8’s dam, Sandance, show jumped to 1.20m herself, as did her dam Sweet Iris. So far Sandance has been the best-producing mare of her family, particularly when crossed with Duke of Hearts xx. There are several full siblings from this pairing, including a 1.30m show jumper, a 1.20m show jumper, and a 2* eventer.

Okay I swore I was going to stop at 10 (is anyone still alive out there?) but the 11th place horse might be the most interesting mare family of all, so I just can’t resist including her. 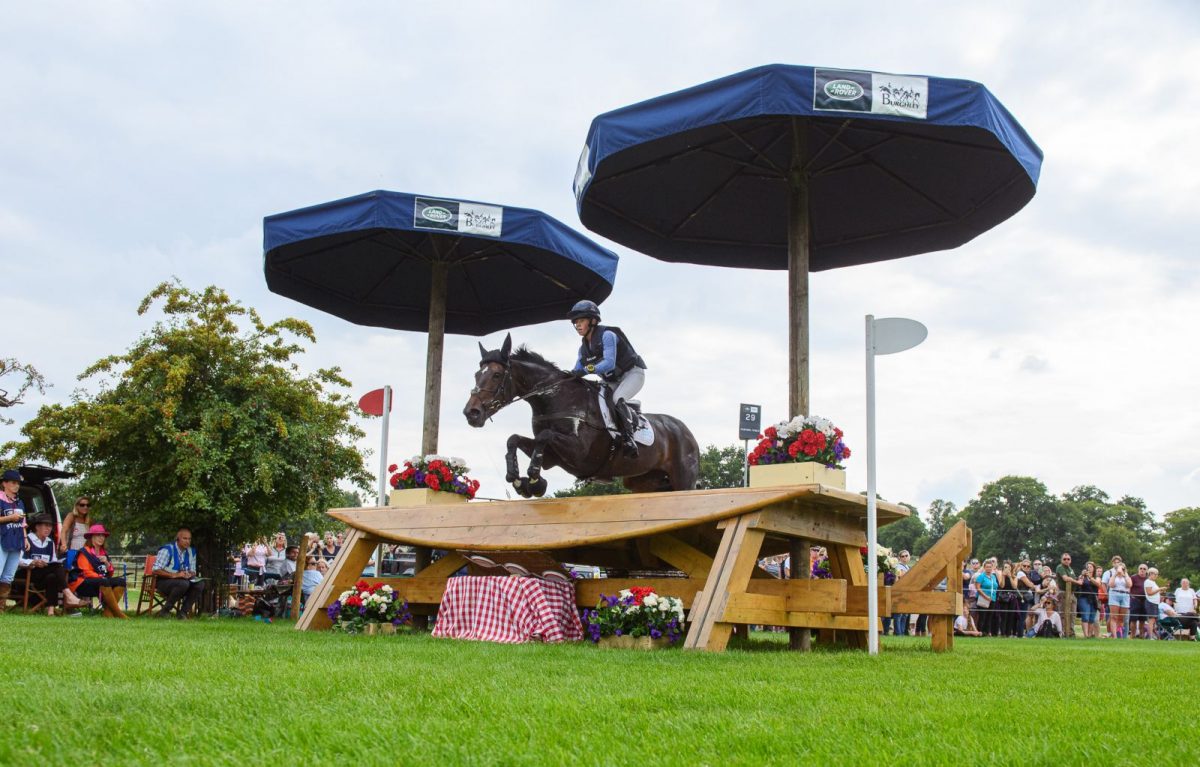 By the Advanced level eventing stallion Jumbo, Pencos Crown Jewel might be a 5* horse but she’s already proven her value as breeding stock as well, having produced two foals via embryo transfer when she was 3 and 4 years old. Her first foal, a 2012 mare named Jamakin Faer Trial (by Mill Law), has competed to 3* level with British rider Gracie Lovett Brunt.

Cornish Queen is at least 84% Thoroughbred. Her second dam, Cornish Faer, was a 5* horse, completing Badminton and Burghley. Cornish Faer’s dam Tregea, a full sister to 1972 Olympian Cornish Gold, produced five Advanced level eventers. Tregea’s dam, April The First, produced two 5* horses and a Grade A show jumper. She was also a Grade A show jumper herself, known for having cleared 7’ in the Puissance at the Horse of the Year Show in the UK. Not only is this mare family full of high performance horses, they’ve also more than proven their worth through their offspring as well.